Consider these questions I grappled with in the wake of a sadomasochistic relationship gone awry when I was twenty and desperate to give myself entirely over to someone who was thirty-one: Can interpersonal relationships escape power dynamics? Can they elude being transactional? Can agency be found in submission? What does it mean for pleasure to be politicized?

I read a stack of books that dealt with these themes, but the more I looked to words for answers about my agonizing breakup, the further away from the truth I got. My ex-partner became, in my eyes, a caricature of himself—an older man who took advantage of me—and I became the caricature of a younger woman who knew no better. I began to retroactively take the power and responsibility away from old myself, changing the past so that it abided by my feelings in the present. I cried and divulged this to my friends in breathless paragraphs as if it were some kind of revelation. They all supported me while I spewed out buzzwords like manipulation, grooming, and gaslight. It took a while for me to realize what went wrong—that while words can elucidate ideas and bring clarity, they can also delude and make problems where there were none.

Little Rabbit, Alyssa Songsiridej’s debut novel just published on Bloomsbury, explores this, centering on C, a queer, thirty-year-old writer who attended a writing residency in Maine with a wealthy man in his fifties who is referred to as “the choreographer.” “He’d annoyed me,” she contextualizes in the second paragraph, because he had a habit of “dominating dinner” with talk about himself. He, in many ways, comes off as the stereotypical cis straight white male who is arrogant and unabashedly privileged. It all changes when he invites her to one of his shows in Boston, where she lives, and she attends and is viscerally impacted by the performance. When she goes to dinner with him afterwards, she feels an unspoken connection to him. She knows soon that she will sleep with him, and she does. They continue to see each other and their bond unexpectedly tightens, bringing them closer emotionally but also sexually as they melt into a BDSM dynamic. It happens naturally, almost accidentally.

The choreographer calls C by the nickname ‘Rabbit,’ because “rabbits are small and wild and determined to survive.” Rabbits are also complex metaphorically; they are often a sex symbol—the Playboy bunny being the most blatant example—due to their excessive mating. Yet they have a simultaneous sense of innocence. They feel representative of young women, who are both hypersexualized and considered pure at the same time. Notably, the prose is littered with comparisons to animals: “And my body, responding like an obedient dog.” “My body fell into his grip like a trained animal.” “He watched me move through his house from a careful distance, like I was a feral animal he’d just brought home.”

What brings C and the choreographer together is their bodies, not language. If anything, words impede on their bind to one another, never sufficing, emphasizing this idea that some—or maybe even most—things are inexplicable and can’t be defined or even described. Their relationship is fluid, but C still probes for solid answers: “How could I want a man to hurt me?” She wants her physical desires to align with her ethical standpoints, and her friends do also, accusing her of both abandoning her queer identity and giving in to becoming a “housewife” and “little woman” figure. As the people around her insist on telling her how she is supposed to feel, she grows conflicted with the relationship, wondering if she should feel shame or guilt. The line between who she is and how she is perceived blurs. No one, though, is aware of the details of the relationship; they are basing their opinions on generalizations: older men are powerful and cruel, younger women are susceptible and fragile.

C admires the dancers: “Their bending, twisting feats made them seem more human, like they’d found new doors into how to be a body.” Exploring the possibilities of one’s body can be a practice of liberation; with someone we trust and love, we can lean into our most intimate selves and discover our own capacity to feel empowered and full. “The need for sharing deep feeling is a human need.” Audre Lorde writes in Uses of the Erotic, a 1978 essay that argues for the inherently political nature of sensuality, thinking of it as a kind of revolution under a patriarchy that relentlessly promotes numbness. The more animalistic we allow ourselves to be, the more human we become—approaching the infinite ways in which understanding can be reached when masks are let down.

Can our interpersonal relationships escape power dynamics? Escaping power dynamics means transcending above the system that created them. To some extent, C and the choreographer do, swirling through their own world in which power means what they want it to. Can they avoid feeling transactional? Perhaps it is obvious from the beginning that everything is transactional, which can be signified just by the choreographer being referred to as his job title throughout the entire novel. However, after a fight about his ex-wife—who is predominantly the reason for his wealth, making her thusly view him as inferior—C is forced to reckon with this dismal realization: “She owned you, so now you own me.” It is reality tragically invading their private realm, politicizing their pleasure and revealing relationships as inevitable transactions.

The choreographer, later at his place, asks: “How do I convince you that this is pure?” Pure, meaning untouched by the unfortunate circumstances of real life—the problems that make her friends and family judge her for this relationship. Of course it is not pure. But if they pretend that it is, that is the closest they can come to the truth, if they choose to. He gets on all fours and crawls to her—a jarring role reversal that bewilders her. “Sex doesn’t solve everything,” she argues, but she can’t help but give in to the blissful feeling he provides her. He then pulls her onto the floor with him—an action that feels gorgeously symbolic, as if they’ve managed to find equality within their relationship. Sex, then, solves some things, at least if we let it.

Little Rabbit arrives at just the right time, serving as a fearless inquiry into the power of bodies and intimacy as well as a fierce acceptance of the inadequacy of words, which is rare for a writer, especially one with such rich prose, to admit. It’s more relevant than ever right now as the internet constantly uses words and terms with frustrating flippancy, collectively twisting and weaponizing language almost unintentionally. My partner and I are back together, and I often see viral twitter threads that inform me that my age gap automatically means we are unhealthy. I squint at the sentences, frazzled by the impulse for people to speak on behalf of others, unaware of details. Throwing around buzzwords is as contagious as a cold, something I learned when I was vulnerable and heartbroken. Maybe it is important to remember that language was crafted by others, and becomes more and more tainted every day like pennies constantly in exchange, moving through different hands and getting dirtier. Physical feeling, though, is entirely ours, and we shouldn’t be hesitant to let it guide us. 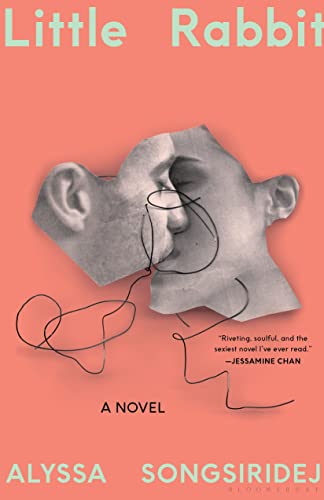