During this week’s meeting of the World Economic Forum in Davos, Brad Garlinghouse, the CEO of the widely held cryptocurrency Ripple, met with Iraki Garibashvili, the Prime Minister of Georgia, whose government has a spotty human rights record and a demonstrated hostility to LGBTQ rights.

On May 23, Garibashvili tweeted that he had shared with Garlinghouse Georgia’s “vision on future of blockchain & regulation,” as well as its “story as the 1st country to bring #Blockchain in public services.”

Garlinghouse retweeted this, and called it “an honor” to meet Garibashvili.

It was an honor to meet the Prime Minister of Georgia to discuss #blockchain and #crypto at #wef2022. https://t.co/kGZbvXBgMD

Georgia has formally applied for membership in the E.U., and thus in recent years has sought to play up its respect for human rights and the rule of law. However, in many instances, Garibashvili’s government has shown itself hostile to journalists, activists, and political opponents.

In July 2021, a long-planned LGBTQ pride event had to be cancelled after Garibashvili called the march “unacceptable for a large segment of the Georgian society.” Protesting the planned march, undeterred by police, “approximately 3,000 far-right demonstrators violently rioted through Tbilisi, destroying an opposition protest site at parliament, attacking NGO offices, and assaulting more than 50 journalists and others,” according to the 2021 US State Department report on human rights in Georgia. At least one journalist died after being beaten by the demonstrators.

The State Department’s report also documents the Georgian government’s widespread wiretapping and surveillance of journalists, nongovernmental organizations (NGOs), clergy, business leaders, and opposition politicians. In August 2021, several NGOs—including Transparency International and the Open Society Foundation—issued a statement charging that under Garibashvili, the State Security Service “has become a firmly politicised institution protecting the interests of influential political actors and trying to preserve political power of a specific group by means of surveillance, threats and blackmail.”

Of course, government-sanctioned human rights violations are widespread throughout the world. The Garlinghouse-Georgia meeting stands out in part because Georgia—unlike, say, China—is not an obvious business target for lots of US CEOs. At one time, Georgia was a leading country for cryptocurrency mining, but it was far surpassed by China and, more recently, the U.S.

Ripple did not respond to an email request for details about Garlinghouse’s meeting. A Georgian news outlet reported that Georgia encouraged Ripple to open a business center in the country.

Ripple’s XRP, like most cryptocurrencies, has experienced considerable price difficulty in recent months. As of May 25, it was trading below one half of its US dollar value compared to the beginning of the year. Ripple’s XRP is the sixth largest cryptocurrency, with a market capitalization of $18.7 billion. Ripple has been especially vocal in fighting a 2020 lawsuit from the Securities and Exchange Commission, charging it with offering securities illegally. 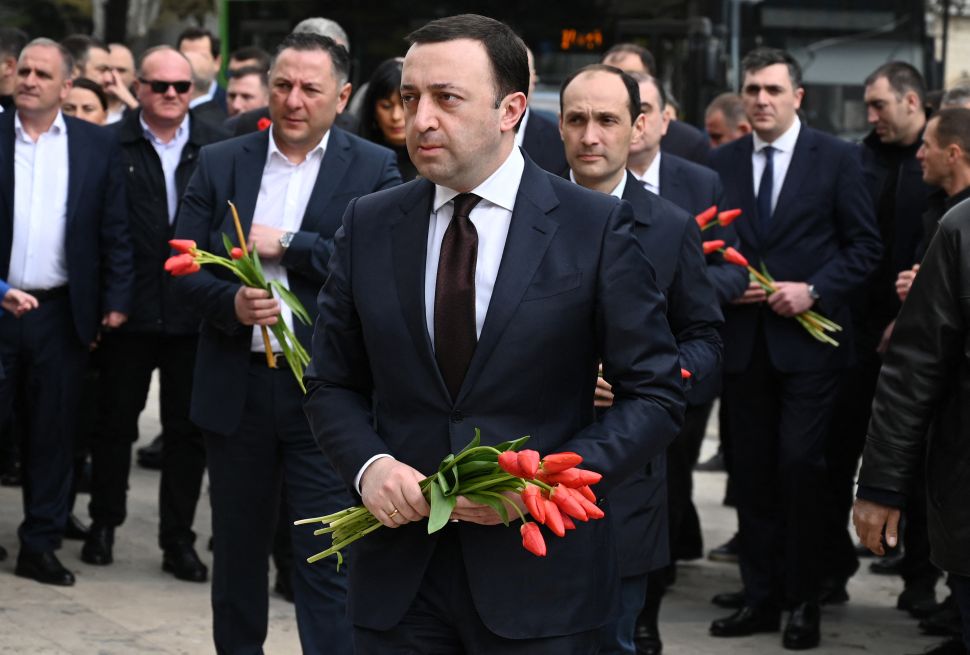