Starbucks is leaving Russia, the latest US company to pull out of the country in the wake of its invasion of Ukraine.

The company will close its 130 stores and pay its 2,000 employees there for six months as they transition to other employment, Starbucks said in a post on its website. In March, the company had announced it would suspend business activity in Russia, and that its partner that operates its cafes there would “pause store operations.” That pause now appears to be permanent. Starbucks did not say what will become of its business partner, the Kuwait-based Alshaya Group, which operates Starbucks throughout Eastern Europe, North Asia, and the Middle East.

Starbucks is joining a steady flow of businesses exiting Russia. Nearly 1,000 companies have partially or completely left the country, according to a running tally kept by a Jeff Sonnenfeld, a professor at the Yale School of Management. Among the recent high-profile departures is McDonald’s, whose first restaurant in Moscow opened in 1990 and came to symbolize the end of the Cold War and the nation’s embrace of Western capitalism. The company announced last week it would sell its business there after concluding “that continued ownership of the business in Russia is no longer tenable, nor is it consistent with McDonald’s values,” the company said on its website.

Some companies remain, however, either out of loyalty to their employees there, such as Marriott, or because they cannot escape contracts with local partners, like Subway.

The departure of international companies will further isolate the country economically, increasing the risk of a default on its debts. 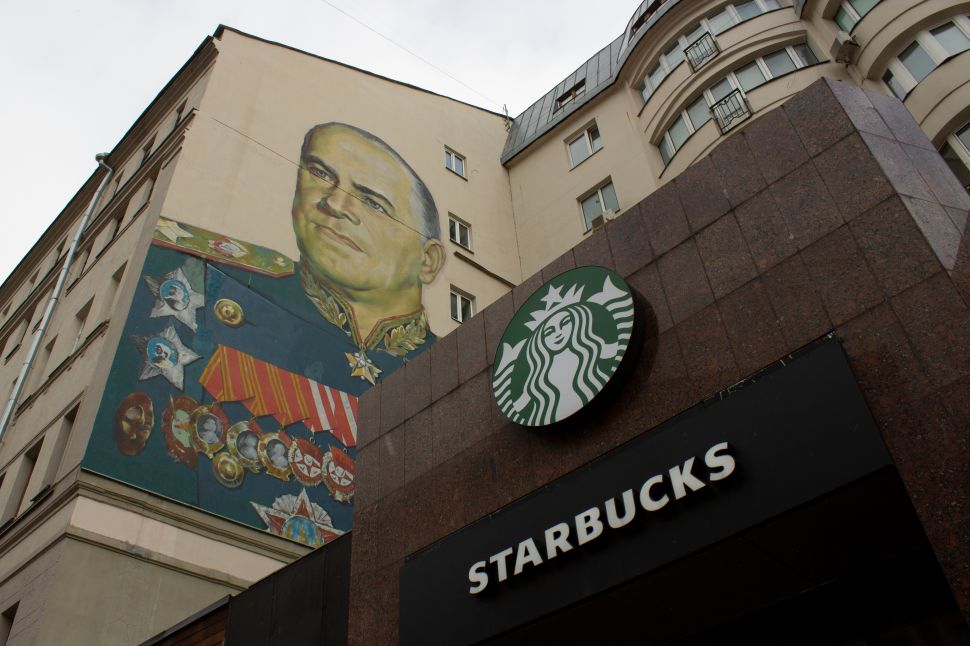