Lyricist Sheldon Harnick, 98 as of last Saturday, and songstress Marilyn Maye, who marked her 94th birthday 20 days earlier, were first in line to receive the annual Lifetime Achievement Award from the American Songbook Association. (In 2019 and 2018, respectively.) Now, the four-year-old organization has decided to honor a veritable spring chicken, Stephen Schwartz, who’s primarily a words-and-music man.

“You’d think that someone with his body of work would be in his 90s, but he’s just 74,” points out ASA’s executive director Carolyn Montgomery. “Stephen has had such a long career. He got his start fairly young and was successful very young.” Specifically, Godspell in 1971 and Pippin in 1972, when Schwartz was not yet halfway through his 20s. “He has had five decades’ worth of work,” Montgomery says.

ASA makes it their mission to preserve and promote the type of music Schwartz has created for stage and screen. “The American Songbook is still being written,” insists Montgomery. “It’s not just written by five long-gone guys from the Lower East Side of New York—not just Irving Berlin or Harold Arlen or Cole Porter. It’s also Carole King or Leonard Cohen. These are songs that have been recorded over and over by various artists, and they have become American standards.”

Going into underserved public schools with this message is the major objective of ASA, she says. “We’re not trying to create little performers. That’s not our job. There are plenty in New York who do that. We are using this music to expand these kids’ scope. We’re creating thinkers.”

Schwartz, who sealed the ASA deal pre-pandemic and only now is getting around to sitting still for a salute May 9 at Merkin Hall at Kaufman Music Center, is quite attuned to the ASA goal.

“Their primary purpose is education, and I’m sorta associated with that as well,” he contends. “I know they’re looking to expand their mission in public schools in Chicago and L.A. If participating in this gala is helpful to that mission, then I’ll do it—plus, being considered part of the American Songbook is clearly an honor, and I’m glad to be considered as having contributed to that.”

Never mind that this will be—literally—his 17th Lifetime Achievement Award. “I did not realize that,” he admits, but then, “I have to be honest: I haven’t been keeping count. It’s nice to know, of course, but these awards are supporting the organizations that give them out. This essentially is a fund-raiser for the American Songbook Association, and I’m happy to participate in that.”

Not that Schwartz is shy of awards. He has three Academy Awards—two for Best Score and Best Song (“Colors of the Wind”) for Pocahontas and one for Best Song (“When You Believe”) for The Prince of Egypt, four Grammys, four Drama Desk Awards, two Broadcast Film Critics Awards, a Golden Globe, a self-described “tiny handful of tennis trophies” and prominent spots on the Hollywood Walk of Fame, the Songwriters Hall of Fame and the Theater Hall of Fame.

Well, perhaps he’s a bit shy of awards. Save for an Isabelle Stevenson honorary Tony for his mentoring and humanitarianism, the man who has created massively long runs on Broadway has never won a Tony—and he has been nominated six times: Pippin, Godspell, Working (two noms), Rags and Wicked.

That’s right, Wicked. In 2004, Wicked went three for 10 at the Tonys, winning for costumes, scenic design, and best actress (Idina Menzel), but losing Best Musical to Avenue Q—as recently as Tuesday, there was a Facebook item lamenting the decision.

“Can you believe that 20 years later that’s still controversial?” Schwartz says in semi-disbelief. Long after Avenue Q closed, Wicked is still chug-a-lugging at the Gershwin on Broadway. Tonight, it will give its 7,094th performance. “I guess we kinda had the last laugh. In fact, if I remember correctly, that list includes Gypsy and Follies and West Side Story. I’m happy to be in that company.”

Schikaneder is the show that now has his attention. “I did it in Vienna, in German, in 2016, with Sir Trevor Nunn directing. I’m going to London at the end of the month to work with Trevor on it.” (Don’t worry. They’ve fixed the title. For English-speaking consumption, it’s Making Magic.) He’s also at work on a musical based on the documentary The Queen of Versailles, about the Florida woman who built the biggest private home in America.

“After that, my focus will be on getting things prepared for the Wicked movie—or, more accurately, the Wicked movies.” Indeed, something Wicked this way is coming—in two parts.

The movie version of the musical, starring Cynthia Erivo as Elphaba and Ariana Grande as Glinda—roles that were originated on Broadway by Menzel and Kristin Chenoweth (and, before that, on screen by Margaret Hamilton and Billie Burke in The Wizard of Oz)—will be released in installments a year apart, one at Christmas of 2024, the other at Christmas of 2025.

“We’re hoping to begin shooting Wicked before the end of the year, but there’s a lot of preparation to be done. When we were adapting it, we kept trying to make it one movie, but we kept finding we were having to cut things that we didn’t want to cut. There were some areas we wanted to delve into in the movie that we weren’t able to do, for various reasons, in the show.

“Also, to be honest, we found it difficult to get past ‘Defying Gravity’ without an intermission. I don’t think it’s a spoiler to say it ends Part One. We even discussed doing the film with an old-fashioned intermission, like Gone with the Wind and Lawrence of Arabia and movies back then. But ultimately, as we were working on it, it just came to seem we had material for two movies.

“We’ve had a pretty strict rule to ourselves that we don’t want it to feel padded at all. There is nothing we are adding or exploring more. It has to be ‘additives.’ That’s a word our producer, Marc Platt, has been putting in front of us. We finally came to the conclusion that the story would be best told as two movies. I think it is exciting because it has never been done before.”

(Actually, it has been done before. Sixty years ago, writer-director Joseph L. Mankiewicz turned in Cleopatra and Caesar and Cleopatra and Marc Antony, but Fox whittled them into one movie.)

Heretofore, Schwartz’s screen work has been exclusively as a lyricist for composer Alan Menken. Their next collaboration continues the happily-ever-aftering of their 2007 fairytale, Enchanted. The sequel is called Disenchanted, and the original four leads—Amy Adams, Patrick Dempsey, Idina Menzel, and James Marsden—all reprise their characters, only older and in the suburbs.

“I hope it’ll be as much fun as the first one. It happened during the pandemic, which was—to be frank—good for me because I was having difficulty with self-motivation. Having the deadlines and the responsibility to work on those songs kept me writing, which I was happy about. I think there are six songs. It’s all filmed. I don’t know if it’s going to be a theatrical release or a Disney+ or some kind of combination, but I’m pretty sure the premiere is planned around the holidays.”

Enchanted has the distinction of being one of three films (Footloose and Dreamgirls are the other two) to be Oscar-nominated three times for Best Song. Schwartz didn’t know that stat, but he does remember the winner. “A wonderful song won, and we kinda knew it would—‘Falling Slowly’ from the movie Once. I have to say that’s an awfully good song, so I didn’t mind losing the award to it.”

Given Disney’s recent trend of turning its animated features into live action remakes, Schwartz and Menken may find themselves back at work on The Hunchback at Notre Dame. “I keep hearing something in the works about it,” Schwartz relays. “I know there are versions of the stage production we did at the Paper Mill Playhouse coming up in Vienna and Japan. We’re not rewriting it anymore. The one that is being presented around the world, pretty successfully, we’re leaving as is.”

Some Schwartz shows were mortally injured en route to Broadway because of a short-circuiting producer or director—The Baker’s Wife closed out of town at the Kennedy Center, and Rags (which he wrote with Charles Strouse) only eked out four performances on Broadway—but considerable work has continued on them after their untimely demises, he is happy to report.

In March, Schwartz was pleased to see a radically revised version of The Baker’s Wife on 42nd Street. “Basically, it was a showcase cast with limited rehearsal, but they did a wonderful job. I thought Rob Schneider just did a lovely, lovely job, and I felt really good about the show.”

He’s enjoying similar vibes about Rags. “Since the Paper Mill production, it was further reworked and is in quite good shape now. Maybe at some point there’ll be a production, whether in English or Yiddish or half-and-half. I feel quite good about where the show has wound up now.”

Amid hits, misses and repairs, Stephen Schwartz keeps on filling the American Songbook. 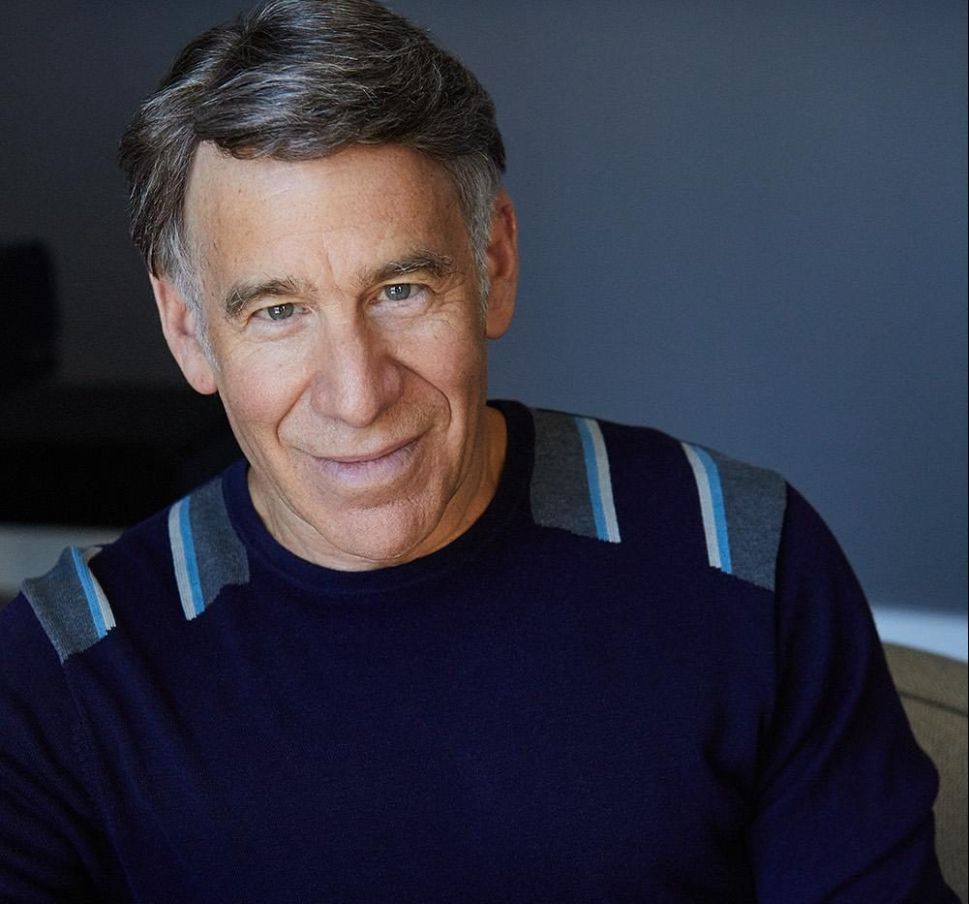