Investors care about the ESG (environmental, social and governance) profiles of large corporations more than ever. In 2019, S&P Global, the ratings firm behind the S&P 500 Index, introduced a new benchmark called the S&P 500 ESG Index, a weighted selection of about 300 public companies the firm believes have achieved a good balance between financial return and sustainability performance.

One would think Tesla, the world’s largest electric vehicle maker, would easily make the list and it did for several years. But not any more. In April, S&P decided to exclude the company from its ESG Index after an annual re-balancing. Meanwhile, the firm assigned a higher ESG score to Exxon Mobil, the largest oil and gas producer in the U.S., and included it in this year’s index.

S&P isn’t the only third-party organization with this view. In environmental index compiled by the University of Massachusetts last year, Tesla was ranked as a bigger air polluter than Exxon Mobil and Marathon Petroleum.

As ESG investing becomes a multi-trillion segment of the financial market, there is growing skepticism about how ESG funds select portfolio companies. Along with oil producers, weapon manufacturers and tobacco companies are still included in some ESG funds, although fund managers having been reducing exposure to these industries.

The University of Massachusetts’ 2021 Toxic Air Polluters Index, which ranks 100 large corporations by the amount of air pollution using 2019 data (the most recent available), placed Tesla at 22, higher than Exxon Mobil (26) and Marathon Petroleum (28). The vast majority of Tesla’s air pollution stems from battery production at the company’s Nevada factory, according to researchers.

The S&P’s issue with Tesla is more social than environmental. In a blog post on May 17 explaining the re-balancing, the ratings firm cited Tesla’s “lack of a low-carbon strategy” and “codes of business conduct” as main reasons for rejection.

Specifically, S&P took issue with claims of racial discrimination and poor working conditions reported at Tesla’s Fremont, Calif. factory, as well as the company’s handling of an investigation by the National Highway Transportation Safety Administration (NHTSA) regarding the safety of its driver-assistant system.

“While Tesla may be playing its part in taking fuel-powered cars off the road, it has fallen behind its peers when examined through a wider ESG lens,” wrote Margaret Dorn, S&P’s head of ESG Indices in North America, in the post. S&P didn’t explain in its blog post why Exxon is included in this year’s ESG index.

Also kicked off the index this year are Meta, Berkshire Hathaway, and Exxon’s rival, Chevron Corporation. S&P Global didn’t respond to a press inquiry why Exxon made the list while Chevron, Meta and Berkshire Hathaway didn’t.

The ESG Index’s methodology page lists a complex of selection criteria, including the type of business activity a company is engaged in, its financial performance, environmental impact, media reports, and how it treats stakeholders beyond shareholders including customers, employees and business partners.

The debate over how ESG is measured

S&P’s reshuffling of ESG companies prompted a blast from Tesla CEO Elon Musk. “ESG is a scam. It has been weaponized by phony social justice warriors,” he tweeted on May 18.

“The decision to remove Tesla is an illustration of how arbitrary and flawed the ESG rating and indexing system has become,” Salahuddin added.

ESG is a scam. It has been weaponized by phony social justice warriors.

In its 2021 Impact Report released in early May, Tesla said current ESG reporting focuses too much on a company’s risk/return profile and not enough on social and environmental impact. “Individual investors—who entrust their money to ESG funds of large investment institutions—are perhaps unaware that their money can be used to buy shares of companies that make climate change worse, not better,” the report says. 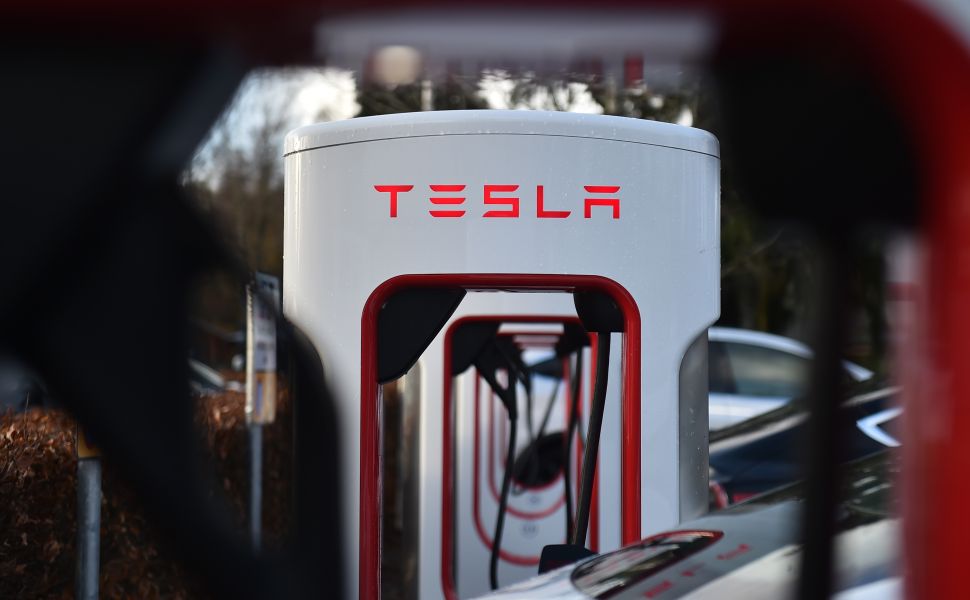