The share prices of the largest firearm manufacturers in the U.S. jumped today (May 25) after a deadly school shooting in Uvalde, Texas on May 24 claimed at least 21 lives, including 19 children. The stock market reaction confirms a troubling pattern of spiked interests in gun ownership following mass shootings, fueled by a raised awareness of self defense and a fear that gun control legislation would make it more difficult to purchase weapons. Firearms bloggers and YouTubers, for example, encourage the purchase of certain guns in anticipation of a potential government ban.

Americans tend to stock up on firearms after mass shootings in anticipation of potential restrictions and, as a result, drive up gunmakers’ stocks. Shares of Sturm and Smith rose following the Sandy Hook massacre in 2012 and the San Bernardino shooting in 2015. Gun sales surged after both tragedies, according to the number of background checks reported by the FBI.

The role of gunmakers in the rise of mass shootings

It’s not just mass shootings that lead Americans to buy guns, of course.

It’s estimated more than two million handguns and rifles were sold since the beginning of the pandemic. Nearly one in five U.S. households purchased a gun since March 2020, according to a survey by the University of Chicago. Over the past two years, one in 20 adults in the U.S. purchased a gun for the first time, the survey shows, bringing the percentage of U.S. adults now living in a household with a gun to nearly 50 percent.

“New gun owners during the pandemic were much more likely to be younger and people of color compared to pre-pandemic gun owners in America,” said John Roman, a senior fellow at the University of Chicago’s social science lab, the National Opinion Research Center, who led the survey.

Gun makers benefitted from the insecurity and instability many Americans experienced during the pandemic, and they are adept at exploiting feeling of fear and weakness. Research shows that men who feel their manhood is undermined are more likely to own guns.

The families of mass shooting victims have accused these companies of capitalizing on toxic ideals of masculinity and encouraging impressionable young men to buy weapons. In a 2018 lawsuit against Remington Arms filed by the families of nine victims in the Sandy Hook shooting, the plaintiffs’ lawyers accused the gunmaker of using its marketing to target young men like Adam Lanza, the 20-year-old shooter who killed 26 people during the massacre.

Remington “had been courting (Lanza) for years,” Josh Koskoff, an attorney representing some of the Sandy Hook victims’ families, said during a hearing in 2017.

Koskoff pointed to a marketing campaign launched by Remington in which the company encouraged people to report their friends for not “not being a man” because they didn’t own its products. “Consider your man card reissued,” read a 2014 Remington ad of a AR-15 style rifle. The weapon is similar to the one used in Uvalde this week.

The Sandy Hook suit was settled in February with the now-bankrupt Remington agreeing to pay the plaintiffs $73 million in damages.

The massacre in Uvalde on May 24 was one of the most deadly shootings in the U.S. history. The gunman, who had just turned 18, was killed by law enforcement during a confrontation. His motive remains unclear. Local police said the perpetrator bought two rifles and 375 rounds of ammunition legally in Texas in the days following his 18th birthday. 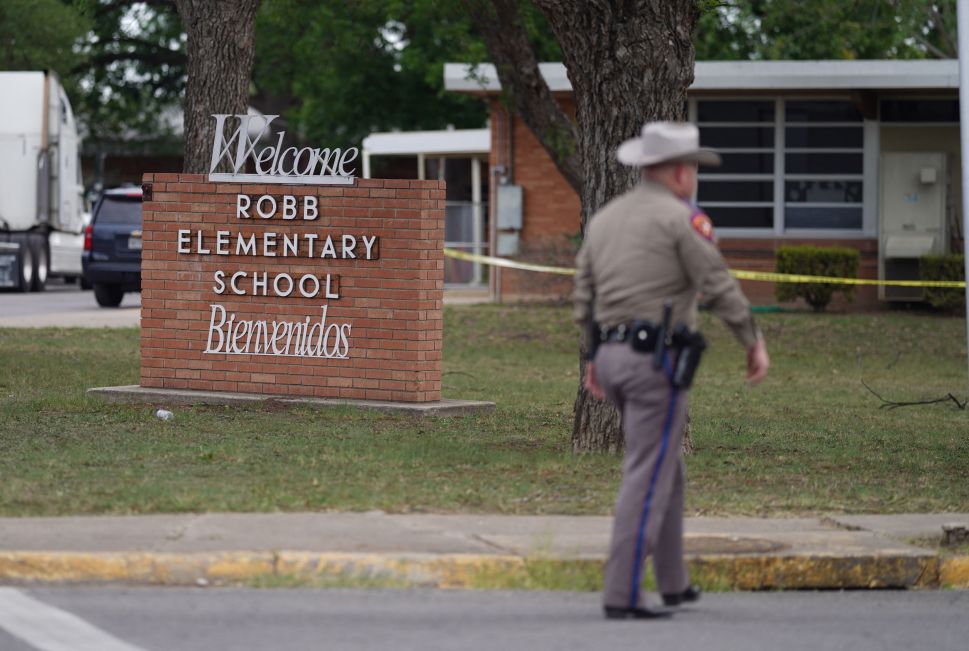