Vampire in the Garden is the second Wit Studio production to appear on Netflix in as many months, coming a little less than three weeks after the release of Bubble, a rare miss from one of animation’s most consistent production houses.

In the three weeks since Bubble came out, I figured that the film’s place in history would be that of an anomaly; nobody bats 1000 and every studio, no matter how strong, is due for a dud. And  I have felt assured of those feelings thanks to the opening episodes of Wit’s first Spring series, the charming and humorous (if a tad overrated) action-comedy Spy X Family. But after watching all five episodes of VITG, which were practically dumped on Netflix on Monday, I’ve come to the realization that Bubble was, sadly, not a one-off miss.

The series follows a pair of outcasts: Momo, a 14-year-old human girl whose mother serves as a commander for the human forces, and Fine (Fee-nay), a vampire queen with a taste for music, art, dance, but, surprisingly, not blood. The pair reside in a version of Earth where most of humanity has been forced to live in a steampunk stronghold straight out of Final Fantasy VII called Central. Humans have been engaged in a long-term conflict with the vampire race, who outmatch them in both strength and number. If not for the use of a large spotlight in the center of the colony, and the ones that surround it, humanity may have been wiped out years ago.

The war has led humans to ban all forms of culture (music, film, etc.) because “vampires lurk in every corner,” a correlation that never made any sense to me. Thus humanity is a closed off, cold, repressed society whose main priority is survival. Momo has lived her entire life in this society, and she yearns for a way out of living as if she’s already dead. During a spat with her controlling mother, who chastises her for keeping a music box given to her by her best friend, she runs into the forest outside of Central. This happens during a reckless and ill-planned vampire attack on the colony and leads to Momo and Fine’s first meeting when the vampire queen hears Momo singing a song that has a special importance to the vampire queen.

After Fine saves Momo from both her vampire brethren and Momo’s own mother, the human and vampire escape from Colony and strike up an unusual yet powerful friendship. Together they begin a search for a supposed paradise where humans and vampires coexist, all while being chased down by both sides of the ongoing war, each side believing one of these friends has manipulated the other

A pair of dreamers who forge an impenetrable bond while seeking acceptance in a broken world is nothing new in anime, but if Vampire in the Garden had been given enough space to explore both its world and characters, it could have been a solid if derivative series. What we’ve ended up with, though, is a mess.

Originally set for a 2021 release, the series was delayed because of pandemic-related issues. Perhaps the delay forced co-directors Ryōtarō Makihara and Hiroyuki Tanaka to trim down Makihara’s screenplay significantly in order to finish the series without further clogging up the studio’s extremely tight production schedule. It would explain many underdeveloped aspects of the story: the origins of the conflict; Momo’s uncle’s past relationship with a vampire; Fine’s past relationship with a human woman who Momo resembles; the town where humans live on one side and vampires on the other, trading blood for resources and vice versa. All of these (and more) are merely hinted at or quickly breezed through in order to get to the climax, which itself fails to pack any kind of emotional punch because everything from the motivations behind the war to Momo and Fine’s relationship feels so unearned.

The animation quality is exquisite; it’s a Wit Studio produced anime, after all. But Wit Studio series like Vinland Saga and Ranking of Kings have narratives that compliment the anime’s pristine production values; Bubble and VITG do not. Notably, Saga and Kings are both adaptations, and Wit’s failed Netflix projects have been original stories. Perhaps the studio should stick to adaptations; there are many highly acclaimed manga that would greatly benefit if handled by the extremely talented artists at Wit. And if it’s original content that Wit wants, maybe they should hold off until someone can conjure a narrative worthy of the studio’s animation.

No studio that produces the likes of Vinland Saga, Ranking of Kings, and now Spy X Family (a co-production with Cloverworks) can be viewed as in decline. But I do worry about future collaborations between Wit and Netflix. The streamer is all-in on producing anime and will continue to work with Wit for years to come. Will we eventually get a Wit/Netflix production that can take its place among Wit’s more accomplished work? Or will it be more of this seemingly made-by-algorithm anime that disappoints those of us who’ve been following the studio for the past decade? Whatever comes next, I can’t say I’m looking forward to it. 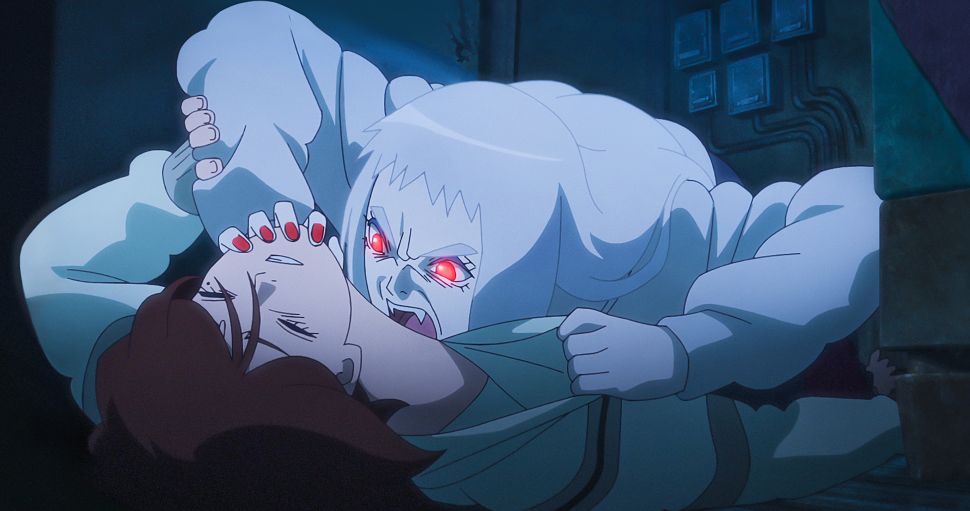