While the number of babies born in the U.S. ticked slightly higher in 2021, the increase wasn’t enough to turn the tide on a decades-long trend of Americans having fewer children than it would take to replace themselves.

For the nation’s population to reproduce itself, the “total fertility rate” needs to be at least 2,100 births per 1,000 women, or just over two children for every woman, according to the Centers for Disease Control and Prevention.

In 2021 the rate was 1,663 births per 1,000 women, 1 percent more than the previous year, but still too few babies being born to keep the population stable, according to the CDC statistics.

If the trend isn’t halted, by 2035 the proportion of people over 65 will be greater than those under 18, according to a 2018 report from the US Census. That imbalance could overtax retirement and healthcare systems, said John W. Rowe, a professor of health policy and aging at Columbia University’s Mailman School of Public Health. The solution most likely will involve both changes to immigration rules and the implementation of policies that could encourage people to have more children, Rowe said.

Healthcare is an area that has been hit hard by reductions in the workforce, and which will only be exacerbated as nurses and home health aides retire without adequate numbers of replacements.

“We need more progressive immigration policies,” Rowe said “That would bolster the healthcare workforce in areas such as long term care and nursing homes,” he added. “Home care has been devastated by immigration shortfalls and Covid.”

The pattern seen in the U.S. echoes what’s been happening in many developed countries, Rowe said. The birth rate is so low in Japan, for example, that the country, which once permitted no immigration, now has plans to allow 500,000 immigrants over the next several years, he said.

How to encourage Americans to have more babies

It may also be possible to encourage Americans to have more children, said Karen Benjamin Guzzo, director of the Center for Family & Development Research and a professor of sociology at Bowling Green University. Surveys show that most young people still want two to three children, Guzzo said, “but they’re not doing it…”

“The average person in their 20s or 30s is not feeling good about finances,” Guzzo said. “They have ballooning student loan debt.”

The cost of housing is also a factor. “It used to be you could get by with a minimal down payment buying a house, now companies are enforcing the 20 percent down payment,” Guzzo said.

Another issue: there’s been a 20% rise in the gig economy, Guzzo said. Without a permanent position, people’s paychecks can be unpredictable, their hours unstable and they might not have benefits, she said.

The younger generations want the same things as previous ones: “stability, a bright future, a predictable life,” Guzzo said. “It’s feeling harder and harder to achieve that in the short term. So they’re not rejecting having children, they’re just saying not right now.”

But for some, “at some point delayed becomes forgotten child bearing ,” Guzzo said. Women, “if they wait till they are 35 or 37, might find that they are physically unable to have a child, or they might be able to have only one instead of the two they wanted.”

So what can turn that around?

There are some big picture things that can make life less of a struggle so young people can consider having children, Guzzo said. For example, “during Covid there were supplemental payments for parents that lifted three million children out of poverty,” she said. “Those were really effective. They might not in the short term raise birth rates, but they might in the longer term.”

Forgiving all or some of student loans that weigh people down in their childbearing years might help, Guzzo said. Another strategy: building more affordable housing. Investment in early childhood education and child care might also encourage people to have children now instead of later, Guzzo said.

“There are things that we could do, but there has to be the political will to do them,” Guzzo said. 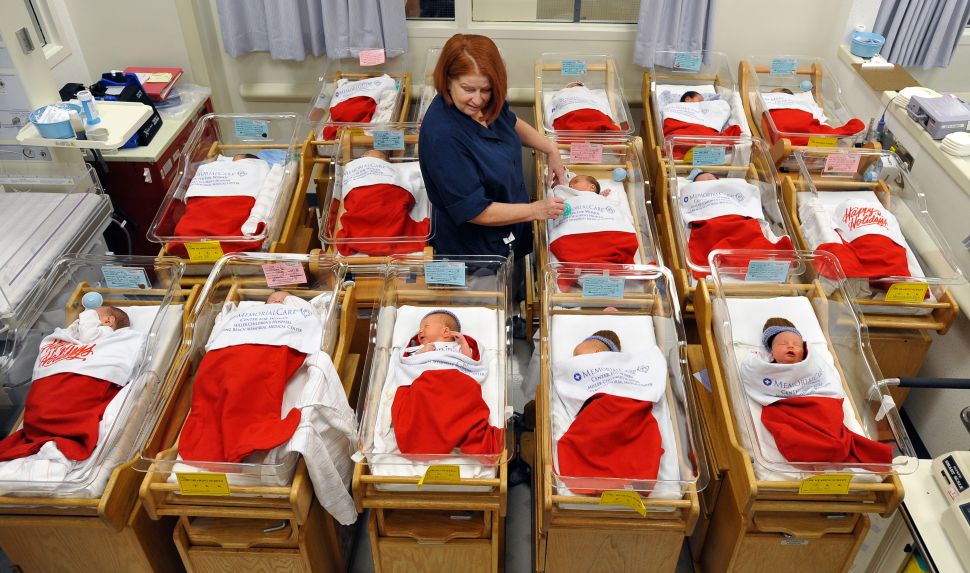