While most Americans only recently learned about the baby formula shortage, the crisis has been building for months.

Numerous factors have contributed to shortfalls in the amount of formula on store shelves, but one of the most important was the slow movement of the Food and Drug Administration reacting to reports of tainted formula in October  once it received notice from a whistleblower back in October of 2021 describing issues with food safety practices at the Sturgis, Mich. facility owned by Abbott Nutrition, maker of Similac, said Tinglong Dai, a professor of operations management at Johns Hopkins University.

It was only after an infant died and two others became seriously ill with Cronobacter, a deadly bacteria, that the FDA started an investigation in January of 2022 into food safety practices at the facility in Sturgis, Mich.
And it was not until Feb. 17 that the FDA warned consumers about certain powdered infant formula products from the Sturgis plant and Abbott closed the facility while initiating a recall.

“Why did the FDA take several months to respond?” Dai said. “The problem is the culture at the agency. It does not respond to situations fast enough. The system is broken.”

The FDA did not respond to requests for comment.  On May 16, the FDA and Abbott announced plans that could lead the company to re-open the plant.

Someone at the agency should have had the foresight to recognize that an Abbott plant closure might spark a shortage, Dai said. There are just four major baby formula manufacturers and Abbott is the biggest, with nearly half the market share.

Making matters worse, because of trade and FDA restrictions, parents desperate to find formula for their babies cannot import it from Europe or Australia, Dai said. That is finally changing as the FDA announced May 16 it is lifting barriers to importing formula from Europe.

The shortage has also been a result of  panic buying and hoarding.

Back in early 2020, during the beginning of the Covid-19 pandemic, “a lot of people were going to the grocery store and buying a lot of basic items, including baby formula,” said Zhi-Long Chen, a supply chain expert and professor of operations management at the University of Maryland..

“So at that time there was a lot of demand,” Chen said. “As the virus situation improved, that led to lower demand. The baby formula manufacturers saw there was much lower demand and they cut production.”

Normally the demand for baby formula is very stable, Chen said. And because manufacturers were responding to a short term “demand distortion,” rather than looking at what might happen long term, there’s a shortfall now. Fixing the problem will take time because companies ordered smaller amounts of the ingredients necessary to the formula and now they can’t easily scale up, Chen said. 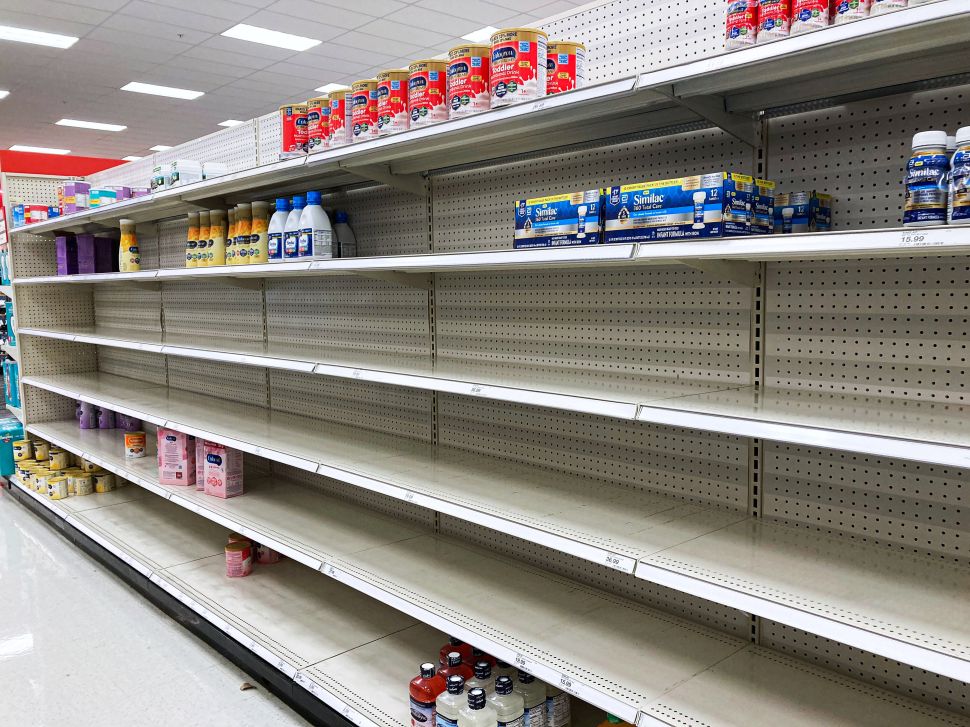