Every icon has waves of fame, and right now we are riding a new swell of fascination and misunderstanding of Marilyn Monroe, nearly sixty years after her tragic death. People were furious when Kim Kardashian wore a Monroe dress to the Met Gala , the sequined gown Monroe is famed for wearing during her “Happy Birthday, Mr. President” serenade to President John F. Kennedy (she actually wore two of Monroe’s dresses that night). Then an Andy Warhol portrait of Monroe broke a record this week when gallery owner Larry Gagosian purchased the 1964 silk screen for a bombastic $195 million, the most paid for a work by an American artist. It beat out the price paid five years ago for a painting by Jean-Michel Basquiat, another icon draped in the myth of a talent gone far too soon. It is not shocking that someone as powerful as Gagosian made a point of buying a Warhol, upping the overall auction value for his pieces, and it’s certainly not shocking that it was Andy’s Marilyn portrait that broke the record. There’s something about Marilyn. Even from the grave, Marilyn’s status and image catapults others to new heights.

What is it about her? Famed in her time, for both her acting (Some Like It Hot, Gentlemen Prefer Blondes) and scandal, Marilyn Monroe was a walking talking symbol of the fleetingness of beauty, and youth. Coming from a Dickensesque early life, Marilyn became one of the top billed actresses of her day, and the first Playboy centerfold when Hugh Hefner bought photos she’d posed for years before without her knowledge or permission. Hefner had her to thank for his empire. Diamonds, she sang, were a girl’s best friend. Marilyn, herself a diamond, was caught in her own transformation—blunted, static in time, beautiful but cold. There is no warmth left yet people still gaze upon her, and her possessions have been officially deemed as important for the historical archive as the Liberty Bell or the Great Wall of China. Like Princess Diana, Marilyn exists beyond herself. She gave herself to fame and fame gave her everything, just as it took away.

It isn’t that Marilyn was ever unpopular, but arguably since her death she hasn’t been unpopular a single day. This summer does bring forth the energy of resurrection however, and it seems Marilyn is the target. Controversial in life, and even in her death Marilyn’s memory is used as a “sartorial symbol of American seduction” in contrast to the hypocrisy of rising puritanism by New York Times opinion columnist Maureen Dowd. Marilyn did what she had to in life to survive, marrying at sixteen and doing nude modeling and sugaring (not unusual for actresses then or now) to survive till she made it big. There are interesting similarities between Marilyn and Kim, even if people want  to deny them. Kim’s sex tape with Ray J launched not only her career but her whole family, and the fourth episode of Keeping Up With The Kardashians is focused on Kim’s decision to model for a Playboy centerfold. It’s clear that Kim feels a deep connection with Monroe, and  her own rise to fame does mirror Monroe’s own in many ways.

Of course, parallel experiences doesn’t justify wearing a long-dead woman’s clothes. Outside of the risk to the historical archive, there is simply something unnerving about the very nature of wearing a dead person’s clothes when you’ve never actually known them. That’s the sick element of celebrity: everyone knows you, yet does that give them power over you? Over your image, even long past your body going cold? It is not just Marilyn who receives such parasocial immemorial treatment; beloved figures will often have their items found at auction (such as when Sylvia Plath’s wedding ring was auctioned, despite the well known toxicity of her relationship with husband Ted Hughes), have people go on long pilgrimages to their homes (Elvis’s Graceland is visited by 500,000 fans and fanatics a year), and have their utmost personal secrets out in the open for public consumption posthumously if they were meticulous in keeping a diary.

Today at Vulture, reporter Bilge Ebiri interviewed filmmaker Andrew Dominik on his latest Nick Cave film and took the time to ask about Dominik’s upcoming Marilyn Monroe project Blonde, another attempt at a resurrection. Unfortunately, Dominik’s response left one feeling less than hopeful to his understanding of Marilyn Monroe as a person. “Well, you know, Marilyn’s whole vibe was ‘rescue me.’ Some great feminist writers have said this: Everything that’s been written about Marilyn Monroe, whether it’s by Norman Mailer or Gloria Steinem, is a rescue fantasy.” Sure, the projections onto Monroe — both throughout her lifetime, and after her death — love to envision her as someone in need of saving. She didn’t, though. Monroe was her own woman who carved her own path. Even with her death, which crystallized her eternal fame, one would be foolish to imply that Marilyn desired to curate a vibe of needing help. Marilyn Monroe survived everything, from the orphanage to a teen marriage and the Hollywood System. If feminism is embracing the idea that Marilyn wasn’t the creator of her own life, identity, and what we would now call a “brand” and it is instead dependent on the great public desire to save her, well they’ve certainly got Marilyn wrong. 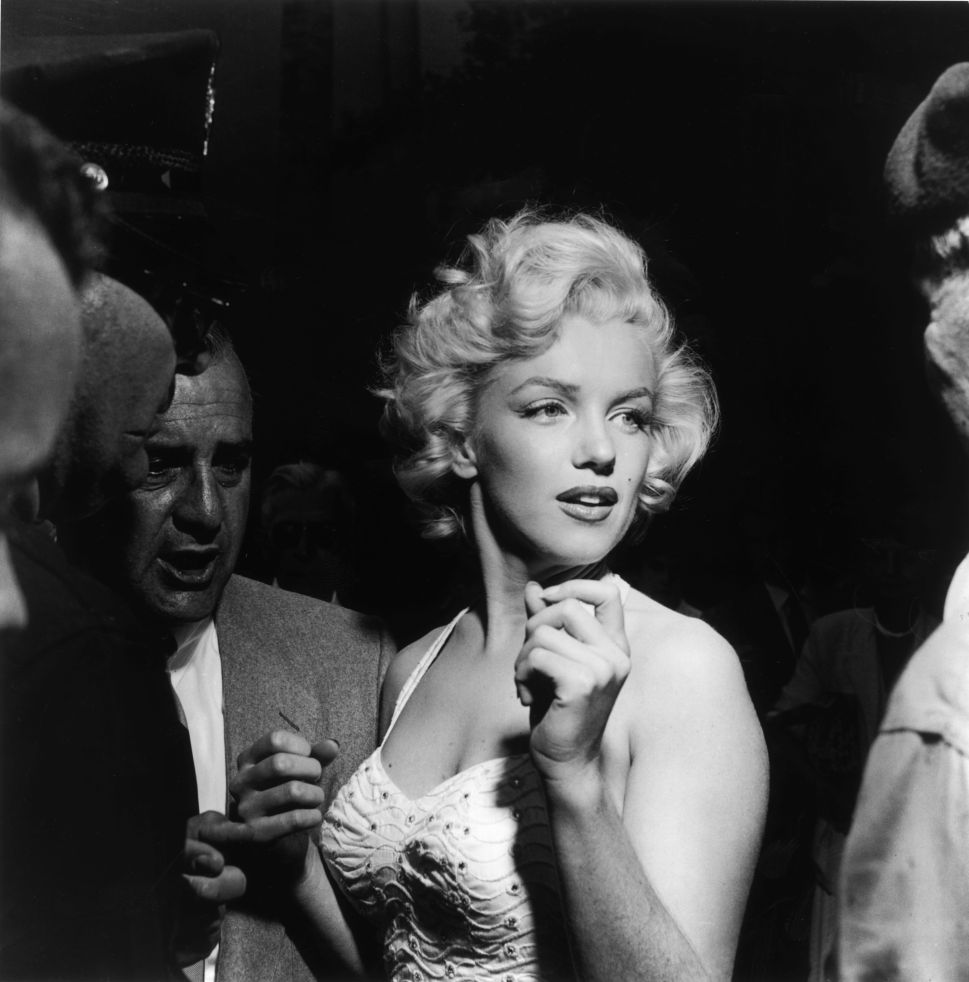