Barring a messy, last-minute divorce, Elon Musk is on track to own Twitter (and yes, mea culpa). The mercurial, brilliant entrepreneur offloaded around $8.5 billion of Tesla stock this week as he prepared to pay for his $44 billion side project. And soon, he’ll be free to change the service as he pleases.

Musk hasn’t yet presented a comprehensive plan for Twitter — he may never — but he’s proposed several significant changes worth evaluating. Musk’s ideas include lengthening character limits, open sourcing the algorithm, and effectively putting an end to content moderation. A debate is raging about the latter, but all have tradeoffs.

Alex Roetter, Twitter’s former head of engineering, joined Big Technology Podcast this week to discuss Musk’s proposals, examining both their feasibility and advisability. Here’s a look at the most significant potential changes, along with his commentary:

Upon announcing the deal, Musk said he wanted to “authenticate all humans.” Twitter has long weighed this idea internally, wondering whether making people confirm their email or phone number could help reduce harassment and spam. The company never acted, perhaps because authentication could drop its user numbers and anger Wall Street. But it should’ve. Pure anonymity, Roetter said, “fosters the worst parts of speech online.” So he loves Musk’s authentication idea. As a private company, Twitter could afford to take a user number hit, a benefit of Musk’s ownership. This idea is feasible and advisable.

Musk hates the spambots. “We will defeat the spam bots or die trying!” he said last week. Roetter likes this idea, but it’s not that simple. To defeat the spambots, he said, you’d build a classifier that looks for characteristics of bots and then bans them. You’d then tune the classifier to either be really aggressive, where you’d eliminate bots but also ban a bunch of human “false positives,” or be less aggressive, where you’d let some bots slide and ban fewer humans. “I think you should do it,’ Roetter said. “But everyone should be prepared, there is no perfect spam bot classifier.” This idea is feasible, though not perfect, and advisable.

Allowing for free speech is core to Musk’s Twitter takeover. “Free speech is the bedrock of a functioning democracy, and Twitter is the digital town square,” he said. There may be technical challenges to Musk’s vision, including how that victory against spambots could ensnare human speech as well, said Roetter. “I really don’t think there’s an answer that’s going to make everybody happy,” he said. Still, Musk could relax the current moderation rules and see how things play out. This move is somewhat feasible and its advisability is TBD.

Musk is interested in Twitter’s subscription product and could expand it. Making people pay for Twitter — or certain premium features — could help reduce spam and create a revenue stream if Twitter’s advertisers bail over its new speech rules. “It’s a really interesting idea,” Roetter said. “If you don’t want a bunch of what you think of as low-value activity to happen, if you charge more than the value that you think people are extracting from it, it should go away.” Subscription fees could be normalized and scaled per location. This idea is feasible and advisable if implemented right.

To build trust in Twitter, Musk wants to open-source its algorithms. “This one is a head-scratcher to me,” Roetter said. The algorithms themselves, he said, won’t tell you very much. To figure out what to show you, Twitter’s ranking algorithms essentially look at billions of examples of content, try to predict how you’ll react to tweets and ads, and then use those scores to optimize what to show you. “It doesn’t say, if you are Republican, then you’re banned,” Roetter said. “There’s just nothing like that.” Open sourcing the algorithms is feasible and perhaps advisable, but only to dispel the conspiracy theories.

Musk has mused about adding an edit button and allowing lengthier tweets. Both ideas are technically straightforward, though they’ll probably do little for everyday users who can already thread tweets together and delete and resend tweets with typos. “I don’t think it’s going to change any of the main things that everyone is upset about,” Roetter said. “But yeah, sure, why not?” These ideas are feasible and, well, it’s up to you Elon. 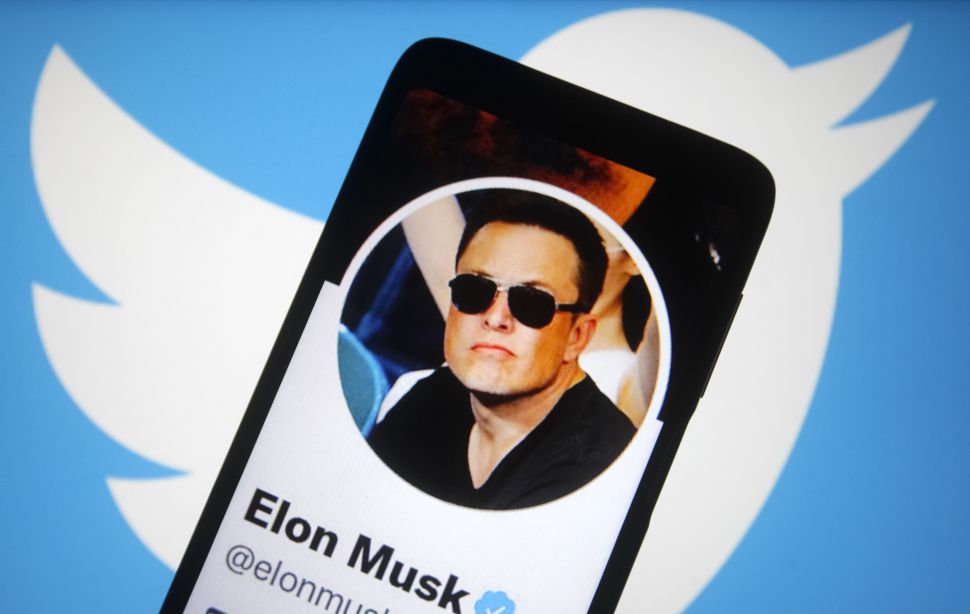