Without generous benefits, Schultz said, “people don’t feel financially or spiritually tied to their jobs.” One of his first major moves as head of the company was to design a health care plan for Starbucks workers—or “partners,” as he calls them—clocking 20 or more hours a week. Shortly after Schultz took helm of the company, a majority of Starbucks employees who had been represented by the United Food and Commercial Workers voted to decertify the union after contract negotiations with the new owner fell through. Reflecting on the decertification vote in a 1999 memoir, the CEO wrote that he believed if employees “had faith in me and my motives, they wouldn’t need a union.”

But a new labor movement is testing that philosophy. Since December more than 150 Starbucks stores across the U.S. have voted to unionize, spurred by a worker-led coalition called Starbucks Workers United. They’re asking for better pay, benefits, and measures to address concerns about public health and staffing shortages that were exacerbated during the pandemic.

Though the unionized cafes still represent a small percentage of Starbucks’ 9,000-store U.S. network, Schultz recently said he doesn’t intend to ever engage with a union in an interview at an event hosted by the New York Times.

By aggressively fighting unionization, Starbucks risks upending its reputation as a worker friendly company. Worse for the company, it could prompt millions of progressive latte drinkers to cross the street and buy their coffee elsewhere.

At least one investor group has expressed concern about how Starbucks’s anti-union stance could affect its bottom line. In March a coalition of 75 investors who said they collectively hold $1.2 billion in Starbucks stock sent a letter urging the company, which has a market cap of about $86 billion, to pursue “fair and timely” collective bargains with employees who vote to unionize.

“Starbucks has a long and strong history of emphasizing social responsibility,” with policies and practices that speak to those values, said Jonas Kron, a chief advocacy officer at Trillium Asset Management who signed the letter. “Being so resistant to the unionization efforts puts a lot of that reputation at risk.”

In 2018 Starbucks expanded its health insurance to include transgender medical benefits such as facial feminization and breast augmentation or reduction surgeries, adopting what LGBTQ news site Them hailed as “the most comprehensive trans health policy in the world.”

The policy is in keeping with the image Starbucks has long sought to cultivate as a corporation where employees are taken care of, according to Bryant Simon, a labor history professor at Temple University and author of Everything But the Coffee: Learning about America from Starbucks. “One of the things Starbucks successfully did during its period of meteoric growth was help people see themselves in the company,” said Simon. At Starbucks cafes, customers got the sense “they were buying their drink from a company that treated its workers well.”

But the company has recently been accused of using such benefits as leverage to dissuade workers from joining a union. Workers United, which is helping organize Starbucks baristas, accused the company of “threatening employees with loss of benefits” including “loss of gender-affirming health care for transgender employees” in a June 13 filing with the National Labor Relations Board (NRLB).

Though the filing concerned a store in Oklahoma City, the anti-union tactic is one that’s become well-known among Starbucks organizers throughout the U.S. A flier was posted in stores across the country this spring stated it was “unclear” if workers would receive benefits such as “health care,” “help with mental health,” and “help with DACA,” if they join a union.

“Starbucks management targets certain partners,” said Josie Serrano, a barista in Long Beach who has used the company’s transgender healthcare benefits. Serrano, whose store voted unanimously to unionize, said that while Starbucks managers stopped short of specifically mentioning transgender healthcare in captive audience meetings, they conveyed the message that a union could threaten benefits that “are really inclusive to all kinds of people.” In these meetings Serrano said managers have expressed doubt about the stability of other benefits such as college tuition assistance or even the free Spotify Premium accounts that Starbucks baristas receive if the employees were to unionize.

Such tactics, coupled with recent firings of pro-union employees, strike some baristas as at-odds with the image Starbucks has crafted as a worker-friendly company.

“Starbucks has always been the type to protect its image more than its workers,” said Beto Sanchez, a former Starbucks barista who is one of seven pro-union workers that were fired from a Memphis store in February. They’re currently fighting to get reinstated.

A Starbucks spokesperson denied threatening to take away benefits from pro-union employees, and said the company will always bargain in good-faith with those that unionize.

“This is surprising to me from Starbucks,” said Paul Argenti, a corporate communication professor at Dartmouth’s Tuck School of Business who previously authored a case study on the company’s efforts to improve its fair trade practices. “It really puts into question all the other good things that we know about them,” he said of the union-busting allegations.

Can a union win over consumers?

Even as Starbucks stores continue to unionize, the company has given no sign of pumping the brakes on its anti-union campaign. “We are in business to exceed the expectations of our customers,” Schultz said on June 10, adding “the customer experience will be significantly challenged” should Starbucks integrate a union into the business. Starbucks Workers United filed charges with the NLRB after Schultz made these comments, alleging he threatened not to bargain in good-faith with the union.

Meanwhile, the NLRB on June 21 asked a federal court to reinstate seven Buffalo-area Starbucks workers who were “unlawfully fired” for union activities, accusing the company of “employing an expansive array of illegal tactics” to dissuade employees from joining a union.

Whether Starbucks’s aggressive campaign is enough to “reshape mass consumer patterns”and dissuade customers from drinking coffee there isn’t yet clear, Simon said. Public approval of labor unions is at its highest level since 1965, and 42% of Americans said they’re less likely to shop with a company that is trying to stop its employees from unionizing, according to a February survey by Harris Poll and Morning Brew. But organizers are up against the biggest coffee chain in the U.S., representing 40% of the coffee shop market.

Starbucks organizers are now asking customers to support the union by signing a pledge called “No Contract, No Coffee,” which calls on signatories to “take the lead from workers, and respond to workers’ calls for action to further their campaign.” Workers recently called for a boycott of Starbucks stores throughout Ithaca, New York over the company’s decision to shut down a shop near the Cornell University campus following a successful union election.

Though companies have weathered union drives before, Argenti said Starbucks faces a particular challenge given the heightened support for labor and shareholders’ interest in environmental, social, and governance (ESG) standards. “The most valuable asset you have as an organization is your reputation,” Argenti said. “And if you start to lose that, the financial ramifications are swift, and obvious.” If union-busting leaves a bad taste in the mouth of Starbucks’ younger customers, he added, it’s not hard to picture them heading to a competitor such as Bluestone or Philz.

Trillium’s Kron echoed this. “It’s very easy to get coffee or a cup of tea somewhere else,” he said. 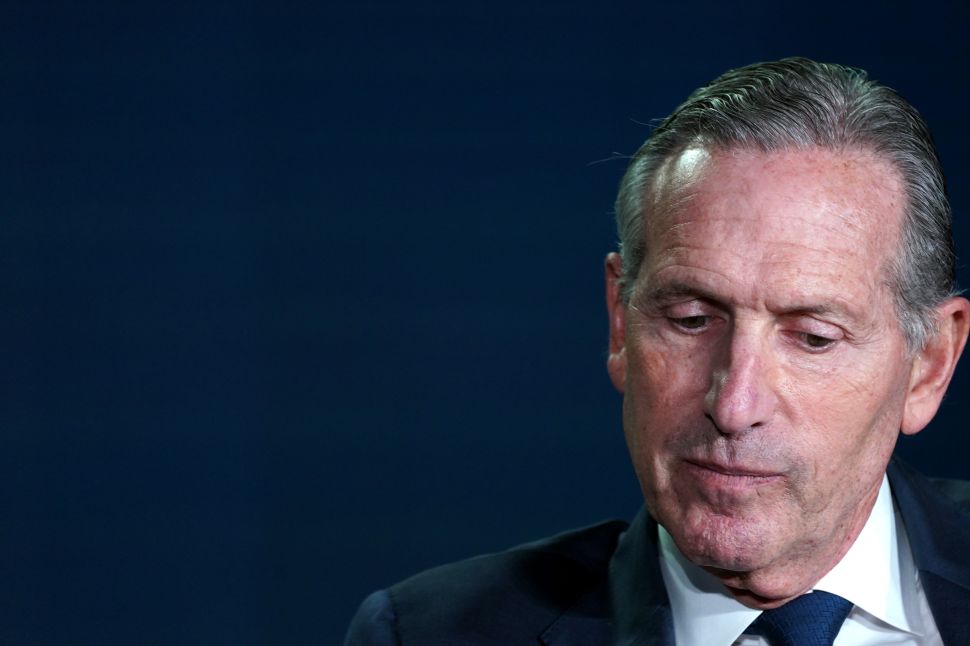