The air taxi, much like self-driving cars and delivery drones, is one of those futuristic dreams that seem forever three years away. But recent progress made by leading industry players suggests the concept is finally, slowly, maturing to commercialization.

The idea of an urban air taxi is pioneered by Silicon Valley startups that make eVTOLs—electric vertical-takeoff-and-landing vehicles. eVTOLs are essentially helicopters, but supposedly much quieter and less polluting, making them ideal for daily commutes and intra-city travel. But compared to electric cars, battery-powered aircraft face bigger challenges on both technical and regulatory fronts, let alone the public’s acceptance.

Technology breakthrough and a nod from the FAA

On June 21, Archer Aviation, a California-based eVTOL startup traded on the New York Stock Exchange, said it had recently begun testing a prototype called Maker with a new configuration that supports “transition flight”—the transition between an aircraft being lifted by vertical propellers and being carried by the wings for horizontal movement. Transition flight is a major technical challenge in eVTOL development, so incorporating this maneuver in testing marks a key step toward commercialization.

An earlier version of Archer’s Maker prototype without the transition feature was successfully taken to the air in December 2021. Archer said it’s on track to complete testing the upgraded model before the end of this year and make it ready for air taxi service by 2024, first in Los Angeles.

But before that happens, Archer will need to obtain a series of licenses from the Federal Aviation Administration (FAA). That hurdle was recently cleared by its Silicon Valley rival, Joby Aviation, which acquired Uber’s flying car division, Uber Elevate, in 2020.

In May, Joby received an important FAA license called Part 135 air carrier certificate, which allows the company to operate commercial air taxi service. But for the business to really get up and running, Joby will need two additional FAA badges: a type certificate, to prove its aircraft adheres to all FAA standards, and a production certificate, to allow manufacturing aircraft for commercial use.

Like Archer, Joby also aims to begin air taxi service in 2024. Both companies have ambitious production plans. Archer plans to begin volume production as soon as next year, pending the FAA approval, and has already sold $1 billion worth of pre-orders to United Airlines.

In Europe, another eVTOL pioneer, Germany’s Volocopter, recently completed the first test flight of VoloConnect, a four-seater aircraft that can fly up to 62 miles on a single charge, a range comparable to Archer and Joby. In December 2021, Volocopter successfully flew a smaller prototype called VoloCity, a two-seater designed for shorter intracity routes. The company said it plans to have VoloCity ready for commercial service in Europe by 2024, with the VoloConnect following in 2026.

Electric air taxi has its own noise problem

Technologically, eVTOLs are near ready for mass adoption, but they face the same problem as internal-combustion-engine helicopters: noise.

In cities like New York, wealthy commuters are already taking helicopter rides on a regular basis, and complaints about helicopter noise have skyrocketed in recent years, prompting the city to introduce a bill last week to ban non-essential helicopter uses, such as sightseeing and short-distance travel, in parts of Manhattan.

eVTOLs are quieter than helicopters by design, but they are by no means silent.

“Having hundreds of these vehicles flying around constantly overhead can really be a source of annoyance,” said Matthew Arace, a Ph.D. researcher studying eVTOL design and engineering at the University of Maryland.

A traditional helicopter produces a noise level of about 80 decibels when flying at 1,000 feet above ground, according to the Helicopter Association International.

An Archer eVTOL is roughly 40 percent quieter (45 decibels) at a cruise altitude of 2,000 feet, the company said. Joby’s eVTOLs generate a similar noise level (45 decibels at 1,640 feet above ground), which the company says “will barely be perceptible against the ambient environment of cities.”

The level of noise matters, but it’s hardly a one-size-fits-all solution, said Arace. “It’s okay if things are a little bit loud as long as their frequencies match traffic patterns. But that still creates a problem once you get out into suburban and rural environments, because the base level of noise is much quieter.” 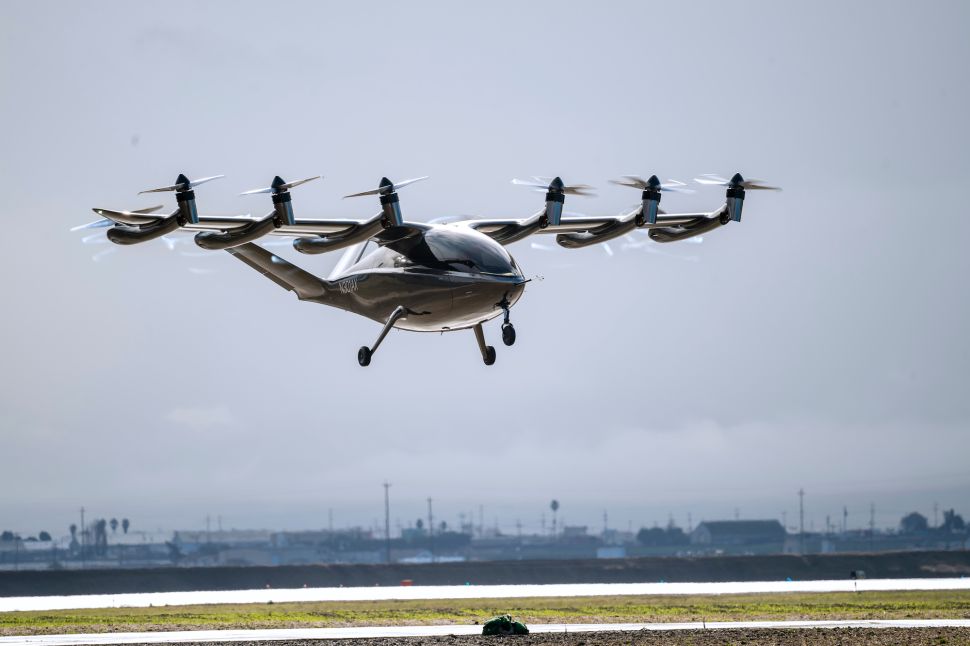