It’s not uncanny to find 31-year-old John Paul Brammer’s inbox brimming with burning questions, existential qualms and passionate confessions from complete strangers around the world. Writer, illustrator, author and the Latino papi behind ¡Hola Papi!, an advice column living on Substack, lends an ear to others’ woes and gives his two cents through the medium of a long-form monthly newsletter that he describes on his Substack  as “deranged”.

Popularly known as ‘agony aunts’ in the United Kingdom, advice columnists have been around since the pre-Internet era; often hosted in the pages of your local newspaper, teen or women’s magazine. ‘Dear XYZ,’ it would read, before posing the question on hand which could range anywhere from how to deal with a toxic boss to when will I find true love – the whole gamut of emotions. However, today you’re more likely to find agony aunts inhabiting an independent corner on Substack, an online platform used by writers and journalists to publish work by way of subscription newsletters.

The medium in which advice columns exist may have evolved to keep up with the Substack-ification renaissance, but the crux of what drives many of us to send in questions and read this type of content religiously hasn’t changed. Rather, its need has further solidified in the past decade because spending more time URL has left us disconnected IRL. “We are consuming more content today than ever but media outlets still seem distant; you can’t talk to this article; this article isn’t here to interact with you or sit at the bar with you. It can start to feel like there’s no one in the room with us and that we’re not being heard, we’re just consuming things. With advice columns, there is a real connection with the persona on the other end who is listening and offers clarity to dilemmas in a manner that’s hugely comforting,” explains Brammer.

The Brooklyn-based writer launched ¡Hola Papi! in 2017, initially as part of Into Magazine which was Grindr’s journalistic outlet at the time, and since then the column moved houses quite regularly because permanence is seldom possible in the media industry. Brammer eventually stumbled upon Substack where Hola Papi’s nuanced, humorous and “all over the place” DNA garnered the column 15,800 subscribers (and counting), with each post getting more than 30k views.

It’s not just established columnists with a sizable track record joining in the Substack craze. New entrants such as Mixed Feelings, a weekly advice column debuted in December 2021 by publishing giant Condé Nast, is also making waves amongst a younger cohort of digital nomads. “For a generation that grew up online, advice columns feel almost natural. This in no way is meant to be or replace therapy, the whole Mixed Feelings team is in therapy and we’re obviously huge proponents of it if you are able to access it. But anonymously sending a diary entry to a form to have it answered by an expert? That feels cathartic to me. Our essayists never tell people what to do, but you get a third-party POV, which is exactly what a lot of people may be looking for,” the Senior Director and Creative Development at Mixed Feelings Mi-Anne Chan explains to Observer.

Describing Mixed Feelings as a “coming-of-age digital novel,” Chan stresses upon the community aspect of advice columns that often strike a chord with Gen Z. “You may see yourself in a question someone else wrote in or connect with a community of people who are in the throes of “figuring it all out” just like you are. There’s something really affirming about that.”

And while the question posed holds weight in itself and forms the basis of the entire narrative that makes up each edition of the newsletter, it’s what’s unsaid or “read in between the lines,” as Chan calls it, that tends to reveal more about the individual who sent in the letter.

“I tend to get a lot of ‘I’m a 35-year-old virgin, what should I do?’ or ‘I feel too ugly to be on the dating market’ – people experience real fear and anxiety in talking about these kind of things offline,” Katherine Dee, the founder and writer at Default Wisdom, says to Observer. Default Wisdom is a newsletter hosting witty cultural commentary in addition to an advice column in collaboration with a friend who goes by the pseudonym Delicious Tacos.

“I pay more attention to how the question is asked as opposed to what the question is, because it’s never going to be what they literally type”, says Dee, before illustrating an example. “We recently received one letter where this guy who was a virgin wanted to start seeing a sugar baby after accidentally stumbling onto a prostitution website. But surely, it wasn’t an accident. He’s actually asking permission from us because he’s carrying some kind of moral baggage and that’s the real concern which needs to be addressed.”

Full disclaimer (and you will often find most advice columnists making it in their newsletters, and rightly so): they cannot fix your life or issue cookie-cutter yes and no answers. It’s important to distinguish their role from that of a therapist or counselor who is trained to handle emotionally-loaded discussions. Not to say you can’t consume their content or send in a question, just know that their advice may not work for you or guide you in the way you were hoping it would.

“These outlets help normalize and host needed conversations without the concerned individuals having to deal with the stigma of having those conversations. It’s like talking to a friend without it having to be a friend who knows you and sees you every day, which in turn could affect your day to day life in some capacity,” Dr. Jessi Gold, a psychiatrist and professor at Washington University in St Louis, tells Observer. “It leads to self-reflection, a practice I always encourage because it helps one understand themselves better, but the step that people often miss and one that I’d recommend is following up by asking for help from trained mental health professionals if they need it.”

Advice columns don’t necessarily need to be a means to an end (aka seeking therapy, which is not always accessible), but by encouraging quiet introspection amongst its readers, they become a valuable resource which some of us can anonymously rely on. Brammer sums it perfectly when he says, “It’s like an oracle of sorts. Or like going to a doctor when you have a broken arm because they tell you what exactly to do.” Except, in this case you encounter a bunch of people seeking respite from broken arms, legs, hearts and what not, and you get to take a peek at their prescription too! 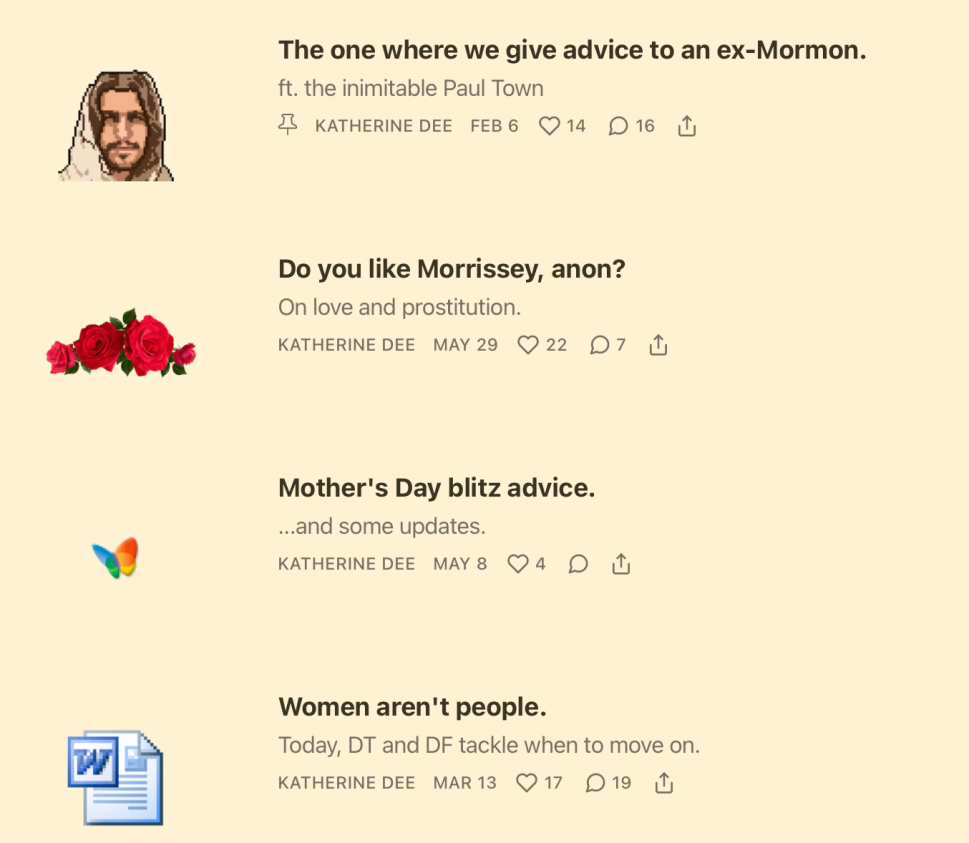