It had to come to this. After seven weeks of ugly reflection and mounting dread, the third season of Barry comes to a shocking yet inevitable, status quo-shattering conclusion. “starting now” is a daring, breathless half hour of pure stress, brilliantly shot and punctuated by the show’s best dramatic performances to date.

Barry Burkman (Bill Hader) awakens from his recent near-death experience haunted by the glimpse of the afterlife that he’s been offered. While standing on the metaphorical shores of death (be they imaginary or supernatural), Barry has taken measure of the damage that he’s done in life, and as he scans through the faces of his victims, he is shocked to find both Sally Reed (Sarah Goldberg) and Gene Cousineau (Henry Winkler) among them. They may not be dead, but he has been dragging them to hell with him. By the time he returns home from the hospital, he seems to have found some clarity that might send him along a less destructive path, but as the rest of the story unfolds, it’s clear that his doom is already set, and there is no escape. All season long, Barry has been using up the audience’s remaining sympathy, teetering on the edge of becoming totally irredeemable. The finale makes him a human being again, just in time for us to watch him suffer for his crimes.

And there is a lot of suffering to go around in this episode, such that nearly every member of the main cast is afforded an Emmy-baiting moment of pure emotional turmoil. First to bat is Sarah Goldberg as Sally, who arrives at Barry’s apartment in a manic state and asks him to help her stalk and torture her friend-turned-rival, Natalie. Barry had once been eager to make his true, violent self useful to Sally, but now he refuses, hoping to spare her the eternal damnation that he’s now certain is ahead of him. But before he can explain himself further, a survivor of the motorcycle gang who was wiped out trying to kill Barry back in “710N” barges into his bedroom, knocks him unconscious, and then strangles Sally nearly to death. The grisly image of Sally pinned to the ground as her breath is stolen from her is all the more terrifying given how it echoes the abuse she’s suffered at the hands of her ex-husband Sam, once re-enacted by Barry on stage. So, when she manages to get the upper hand on her assailant, she is merciless, pounding a lifetime of pent-up rage into his skull with a baseball bat.

Goldberg’s entire performance in this scene is brave and thoroughly upsetting, but it’s her shock in the aftermath of the slaughter that lingers most. She’s totally lifeless, shattered by what she’s experienced, and as Barry tells her to repeat “Barry did this,” it’s stomach-churning to see the suggestion take root as if by hypnosis. Barry may believe he’s saving Sally by helping her to rehearse a new recollection of the event while the trauma is still raw, but this is just another abuse of her vulnerable state, done for his protection as much as hers. He can make this go away, and then they’re bound together by the secret. It’s his way back into her life. So, when Sally boards a flight back to Joplin, Missouri near the end of the episode, it’s a sigh of relief. She’s made it out, maybe for good.

Though sidelined for a lot of this season, Noho Hank (Anthony Carrigan) is not to be left out of the finale’s highlight reel. His escape from the dungeon beneath the Sifuentes mansion is unadulterated horror movie hell. His portion of the episode is the most bizarre, as he sits alone in a cell while his Chechen cohorts are apparently mauled to death by a lion in the next room. When he escapes to the floor above, he witnesses the nightmarish scene of Cristobal (Michael Irby) being tortured by his wife Elena (Krizia Bajos) and an exotic dancer (Adrian Quiñonez), who are attempting to change Cristobal’s sexuality by means of electric shock. Everyone is pulling their weight in this scene. Bajos sells both her character’s wickedness and desperation, Quiñonez’s cartoonish enthusiasm for the exercise contributes to the dreamlike atmosphere, but of course it’s Irby and Carrigan who make the strongest impression with their tearful embrace after Hank has dispatched Cristobal’s torturers. They may never fully escape the suffering they’ve just experienced, but they will, at least, make the rest of the journey together.

Next is Barry’s own breakdown, as he’s caught burying the biker’s body by FBI Special Agent Albert Nguyen (James Hiroyuki Liao). Gun drawn, Albert confronts Barry about his bloody career, asking him repeatedly how much he was paid for this kill, and for their friend, Chris. There’s a sick irony that the answer in both cases, as with that of Detective Janice Moss, is “nothing.” All three deaths were collateral damage in one way or another. Barry collapses, sobbing, screaming, unable to even two string words together to answer for himself. Bill Hader has never seemed smaller or more fragile as he twists his body into a mangled, pathetic mess. Even after Goldberg, Carrigan, and Irby’s incredible turns, Hader is determined not to be outdone. James Hiroyuki Liao’s performance should also not be overlooked; Hader’s may be the more showy side of the scene, but it’s Liao who propels it forward, and convinces us that Albert would give his friend one last chance to turn his life around, “starting now.”

Of course, those are the exact words that Barry says to himself at the end of the first season, after he kills Janice Moss. Two full seasons later, Barry finally answers for her murder.

The endgame is set into motion when Jim Moss (Robert Ray Wisdom) summons Gene Cousineau to his home and employs his legendary interrogation skills to wring the truth about Janice’s death from the scared-stiff drama teacher. Wisdom is a stone statue, possessing a stillness and quiet that gives importance to his every move and every word. Director Alex Berg accentuates this power, staging the interrogation in a single take that opens with the two characters sharing equal space, then tightening in on Gene as he feels more isolated, and then having Jim intrude into that tighter frame. Eye-to-eye and nose-to-nose with a superior will, Gene cracks. And yet, despite being the aggressor in the scene, Jim is the one who wins the most sympathy, and credit for that goes to Wisdom. Jim may be a soldier waging psychological warfare against a hopelessly mismatched adversary, but the grieving father is always there, too.

When Gene calls Barry in a stew of panic, grief, and confusion, we naturally assume that he’s had a breakdown of his own. Barry finds him sitting in front of Jim’s house with a pistol, rambling about how Jim knows everything and will ruin them both. Barry, now looking to protect Gene like he’s protected Sally, takes the gun from him and walks inside, stalking Jim through his home and taking aim. But, before he can fire, Barry is shocked to discover that he’s completely surrounded by a comically huge SWAT team. It’s a trap, set not only by Jim but by Gene, who now approaches him with total calm, a great actor after all. The season closes with Barry finally caught, but lingers on a perfectly composed final shot of Jim’s living room, with Jim standing alone in the window and a portrait of Janice facing towards us in the corner of the frame.

Throughout this season’s story of reckoning and consequences, Barry finally getting caught has felt like the only acceptable ending. The real question has been whether or not Hader and Berg were ready to ring that bell, to turn the show on its head with at least one more season still to come. Now, they’ve done it, and at the time when it means the most. We’ve seen Barry crumble and express the remorse we’ve wanted to see from him all year and a glimmer of hope that he might finally be able to stop, but we know that wouldn’t be enough. He’s destroyed too many lives, broken too many hearts, walked away unscathed from too many disasters of his own making. So, when he walks willingly into just one more, again, we know he’s got to be stopped. Barry murdering Jim Moss would have to be the end of the show. Barry getting carted away in handcuffs brings the possibility of some semblance of a satisfying (if not “happy”) ending for the series, whether we get one more season or five. It’s the only road that leads to Barry — the person or the series — truly becoming something new. 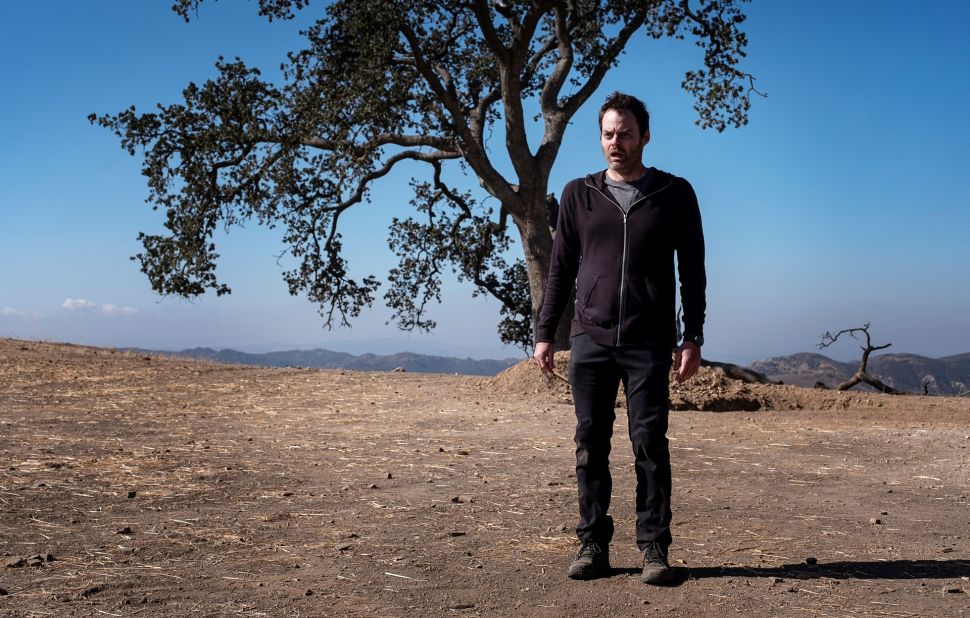