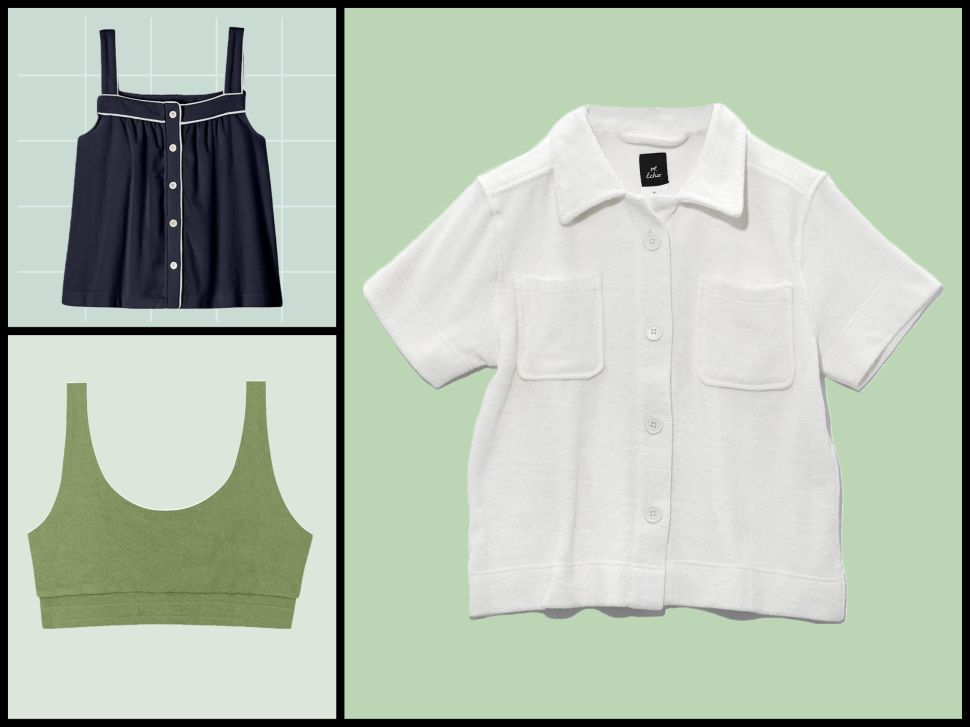 Certain fabrics, like linen and cotton, have long been synonymous with summer, but recently, a more unexpected material has been rising in popularity during the warmest time of year. That’s right, we’re talking about terry cloth, because what better fabric to epitomize summer dressing than glorified towel clothing?

It’s not surprising that terry has had a resurgence as of late, what with all this early aughts nostalgia in the fashion realm—never forget the hold that Juicy Couture’s iconic smocked terry cloth tracksuits and tube dresses had on the world in the early Y2K era.

Even though terry is a heavier fabric than summertime classics like linen and cotton, it’s still an optimal choice for hot weather, since it’s quick-drying, soft and as fluffy as your favorite towel or plush robe—which is exactly the point. It’s ideal for beach and pool days, since you don’t have to fret about ruining your terry cloth shirt when you throw it on over a wet swimsuit.

There are plenty of ways to try out the terry trend this summer, but if you’re not ready to go for a head-to-toe ensemble, why not test out the look with an adorable terry shirt? Whether you’re looking for an effortless tank, a stylish button-down or a cute crop, there’s a terry top out there for you that’s perfect for summer. Below, see the best terry cloth shirts to shop right now.