A number of obstacles have hampered the expansion of solar power in the U.S. President Joe Biden’s plan to increase the availability of solar panels through a temporary removal of tariffs on southeast Asian products may help solve at least one of them.

The installation of rooftop solar panels has been slowed by the unavailability of imported low-cost panels, which have essentially been blocked because U.S. solar companies fear they will get hit with tariffs after the imported panels are installed. The removal of tariffs for two years means companies don’t have to worry about the outcome of an investigation by the Commerce Department into whether the four Southeast Asian countries—Cambodia, Malaysia, Thailand and Vietnam—that supply about 80% of U.S. panels and parts have been circumventing tariffs on Chinese solar equipment.

But even if more solar panels are available, Americans may still have trouble switching to solar because utility companies are fighting them.

The new tariff policy hasn’t been a hit with everyone, particularly American panel manufacturers facing competition from cheaper imports. They aren’t happy with what they see as the end of the investigation, though the White House says the moratorium on tariffs won’t stop the investigation.

Companies that design and install solar systems, some of which had to delay or completely abandon big projects, welcomed the policy shift. Many feared they could be liable for the tariffs later on if the investigation found that companies based in Southeast Asia were acting as fronts for Chinese businesses.

“We applaud President Biden’s thoughtful approach to addressing the current crisis of the paralyzed solar supply chain, Abigail Ross Hopper, president and CEO of the Solar Energy Industries Association (SEIA) said in a statement. “Today’s actions protect existing solar jobs, will lead to increased employment in the solar industry and foster a robust solar manufacturing base here at home.”

Biden’s plan “should lead to a greater supply of solar panels being imported and a greater output of electricity produced by solar,” said David Kass, a clinical professor of finance at the University of Maryland School of Business. “But the other side of the coin is that we also are trying to increase our own capacity to manufacture solar panels and this will actually slow down our path to self-sufficiency.”

About 10 years ago, 90 percent of solar panels were imported from China, said Fengqi You, a professor of energy systems engineering at Cornell University. In the past two or three years most of the panels have come from the four southeast Asian countries, You said.

The new policy most likely will be bad for domestic producers, You said. The solar panel industry in the U.S. “is very, very small,” he added. “The domestic panel industry is already not competitive and if you take the tariffs away it will make it harder on them. Hopefully, President Biden will come up with some kind of incentive for them.”

For consumers, the new plan won’t be a panacea because it doesn’t help them deal with local power companies. Across the nation, utility companies have pushed back against solarization and made it difficult for people to install solar systems. From the power companies’ perspective, rooftop solar means losing paying customers.

Utility companies also try to discourage customers from installing rooftop solar systems by paying a pittance for excess power the systems generate. Some power companies are even trying to get laws changed to charge customers for having solar.  In some states, such as California, activists and the slar industry are fighting to block utility companies from adding a charge to the bills of consumers with rooftop solar systems. 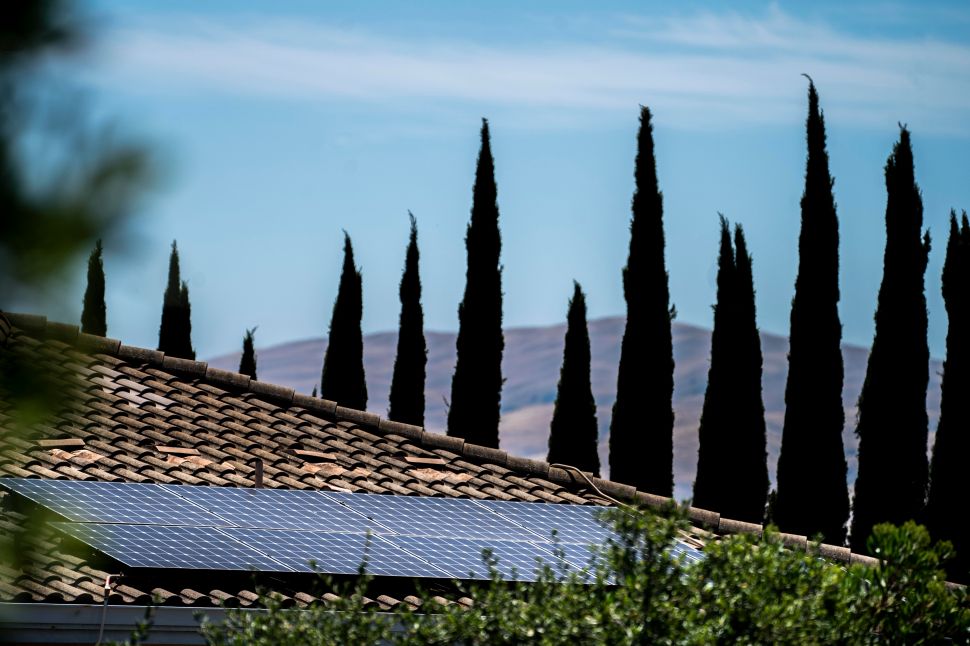