Graduating from college directly into a career and a home of one’s own is a rare privilege among millennials and zoomers, and for those who boomerang back to their parents’ homes, one’s 20s can become a second adolescence, a new phase of growth in the same Petri Dish. In his second feature film, writer/director/star Cooper Raiff posits that maybe taking a bit longer to develop into your “adult self” isn’t such a bad thing, and that the awkwardness of growing up is a process with which no one is truly finished. Cha Cha Real Smooth — which premiered at Sundance and screened at the Tribeca Film Festival before settling down on Apple TV+ — is a cozy blanket of a film, a sweet, crowd-pleasing comedy about coming of age in your 20s.

Andrew (Raiff) is a recent college graduate who, like so many students in the 21st century, winds up back under his parent’s roof. While his college girlfriend starts her glamorous adult life in Barcelona, Andrew works a counter at the mall food court and shares a bedroom with his 13-year-old brother, David (Evan Assante). Andrew is adoring of his brother and mother (Leslie Mann), and relentlessly mean to his stepdad (Brad Garrett), who he insists is bored and unhappy. This is a pattern with Andrew: He’s a cheerful guy who loves to please and to entertain, but he has a particular image in his mind of what happiness is, and he has difficulty recognizing it in other people. Andrew believes that he’s an adult and he aspires to a sort of grown-up happiness, but the truth is that this limbo between youth and adulthood is precisely where he belongs. This is why he thrives under the specific conditions of a bar mitzvah party, a celebration for kids where parents outnumber them nearly two-to-one. He’s equally charming to both groups, and after serving as an informal emcee at one of David’s friends’ parties, he’s coaxed into turning pro.

In the process, he meets Domino (Dakota Johnson), a mother in her early 30s, and her daughter Lola (Vanessa Burghardt), who is on the autism spectrum. Andrew hits it off with both of them, becoming Lola’s sitter and Domino’s friend and confidant. Andrew and Lola develop a sweet and honest friendship, and he and Domino hold deep late-night conversations. Their flirtatious chemistry is plain, but Domino has a fiancé, Joseph (Raúl Castillo), a dependable but non-demonstrative lawyer. As Andrew embeds himself more deeply into Domino and Lola’s lives, he finds it more difficult to accept his role in them. Must he be an aimless twentysomething, scrambling for purpose and independence, when a life of partnership and parenthood seems readymade in front of him?

Cha Cha Real Smooth is a ceaselessly warm film, full of characters with whom it’s a pleasure to spend two hours. Though at times a bit too self-flattering of a character for a filmmaker to create for himself, Raiff’s avatar Andrew is a softboy for the ages, a nonthreatening extravert who’s a good listener and self-sacrificing to a fault. He’s open-hearted by nature, but his sincerity is counterbalanced by a cutting wit that he tends to wield recklessly when he’s hurt, exhausted, or drunk. His capacity to be a jackass is the saving grace that tempers him into a real person rather than a made-to-order romantic lead for the 2020s. Likewise, Johnson plays Domino as far more complex than the wish-fulfillment character she initially appears to be. She is at a crossroads on her own long, arduous journey as a young parent who missed out on the very experience of early adulthood that Andrew seems not to value. Domino has a better understanding of Andrew’s position than he has of hers, and the fact that his point of view offers a limited window into her life is crucial to the themes of the film.

What drives Andrew and Domino’s relationship is the same quality that drives the film: The feeling as if you’ve known a person your entire life, even if you’ve just met. Cha Cha Real Smooth captures the comfort and confinement of suburban life, where there’s no more than two degrees of separation between any two people and even casual acquaintances have long histories. (It’s set in Livingston, NJ though actually shot in Pittsburgh.) Even the most minor characters feel familiar and essential; David’s best friend Rodrigo (Colton Osario) has all of four lines of dialogue, he’s just around sometimes. And yet, you wouldn’t dream of cutting Rodrigo out of his scenes, the same way you wouldn’t disinvite him from family dinner or not offer him a ride home from so-and-so’s bat mitzvah. It’s Rodrigo! The structure of Cha Cha accentuates this feeling, as Andrew works the dance floor for party after party of kids in the same grade, which therefore have a huge overlap in attendance. It’s the same kids, the same parents, over and over, and you get used to them.

The world and characters of Cha Cha Real Smooth feel real because they are slightly better than real. In contrast to the mumblecore indie comedies which attempt to mimic reality by making characters less articulate, Raiff’s dialogue nails the cadence of clever people talking, an idealized but not hyper-idealized version of conversation. You’d like to think this is what you sound like when you’re joking around with your friends or flirting with your crush or having a heart to heart with your sibling; you probably don’t, but it’s not impossible that you do. The same is true of the relationships between the characters. The rapport between Andrew and his (unnamed) mother is delightful, but it is not unattainable, and if you’ve been lucky in life, you may even recognize it.

Cha Cha Real Smooth is an artifact of white middle class suburbia, and its reflections on the ennui of being a boomerang kid come from a place of enviable privilege. Most of us would be lucky to have Andrew’s problems to deal with, and some may find this movie a hair too treacly, too neat. Nevertheless, it can be a balm on the soul to inhabit Cooper Raiff’s world, engulfed in the glow of a happy family with a baseline of relative comfort. It’s a place where becoming the best version of yourself is only a matter of time, and time never runs out. 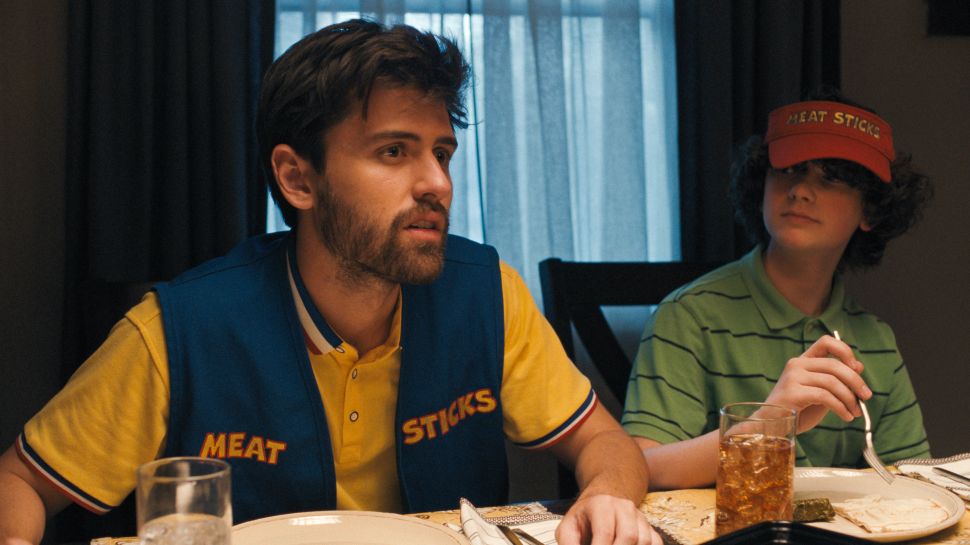