For olive oil purists, plastic bottles are a serious turnoff. “I have great reservations about plastic,” says Greg Bernarducci, the proprietor of O Live Brooklyn, an extra-virgin olive oil (EVOO) emporium in Park Slope, Brooklyn. “We discourage people storing in plastic. We recommend a bottle or tin, something dark that sunlight cannot get at it.”

Two entrepreneurs from nearby are trying to prove him wrong. Andrew Benin and Allen Dushi are the co-founders of Graza, the EVOO company that launched in January 2022. All their oil comes from a farm in Jaén, southern Spain, using Picual olives. Graza’s two flavors replicate what most olive oil devotees have at home—one expensive olive oil for taste and a cheaper olive oil for cooking. The herbaceous “Drizzle” costs $20 per 500 ml bottle while the blander “Sizzle” costs $15 for a 750 ml bottle. Graza suggests to squirt Drizzle on salads or other dishes as a finish, Sizzle is meant for squirting into pots and pans when frying, sautéing or broiling.

“Our toughest balance as a company is the bottle, versus what’s inside the bottle,” says Benin, who aims to make Graza the go-to single-source EVOO that’s affordable and accessible. The opaque green plastic squeeze bottle made of PET (polyethylene terephthalate) is part of this equation, as is the quirky branding, like the chartreuse and lime green labels with illustrations, casual verbiage and huge logo that’s a nod to Antoni Guadí, the famed Catalan architect.

Olive oil consumption has been steadily growing in the US, approximately 406,000 metric tons was consumed in 2021, compared with just 214,000 metric tons 20 years prior. Olive oil sections in supermarkets and specialty shops have expanded and diversified, offering a range of mass-produced olive oils and single-source EVOO. Single-source is often considered more desirable than blended olive oils. Single-source is typically traceable to a particular producer, rather than blended olive oil that could be prone to fraudulent practices, like mixing it with low quality olive oil, even sunflower or soybean oil.

Graza has a tagline for anticipated criticism; its olive oil is “…meant to be squeezed, not saved.” Benin expects Graza customers to quickly squirt away, so the olive oil never gets rancid. Each Graza bottle is stamped with a harvest and bottling date, there’s also a handy subscription option on the website.

Graza primarily sells direct to consumer through its website, which sold out within its first 24 hours of going live, according to Benin. Recently model Chrissy Teigen started “influencing” with Graza on her Instagram feed, in a paid partnership with a business management platform. Graza also sells in approximately 80 specialty retail shops in the US, the delivery service Foxtrot and in bulk to restaurants, such as Brooklyn’s Michelin-starred The Four Horsemen. Benin adds that Graza will be expanding its retail arm exponentially into 700 locations over the summer.

Benin stumbled upon the idea of an unpretentious single-source EVOO, when he visited his now wife’s hometown outside Cadiz, a “sleepy seaside, cockles and tuna town,” as Benin describes it. He was dazzled by the Andalusian dinner tables, wines, “conservas” (tinned fish), landscapes and lifestyle. And having been previously employed at startups like Magic Spoon, the cereal startup, Casper and Warby Parker, his self-described “little capitalist brain” told him he should somehow sell this Mediterranean lifestyle back in New York City.

“Thankfully, I realized that’s not what needed to happen,” laughs Benin. Instead, he zeroed in on olive oil, a product that he says, “has no enemies.” “We’re in the business of selling people the best quality olive oil, for the best price, in a package that makes it likely to be used—and not precious,” says Benin, “we don’t hide that.” 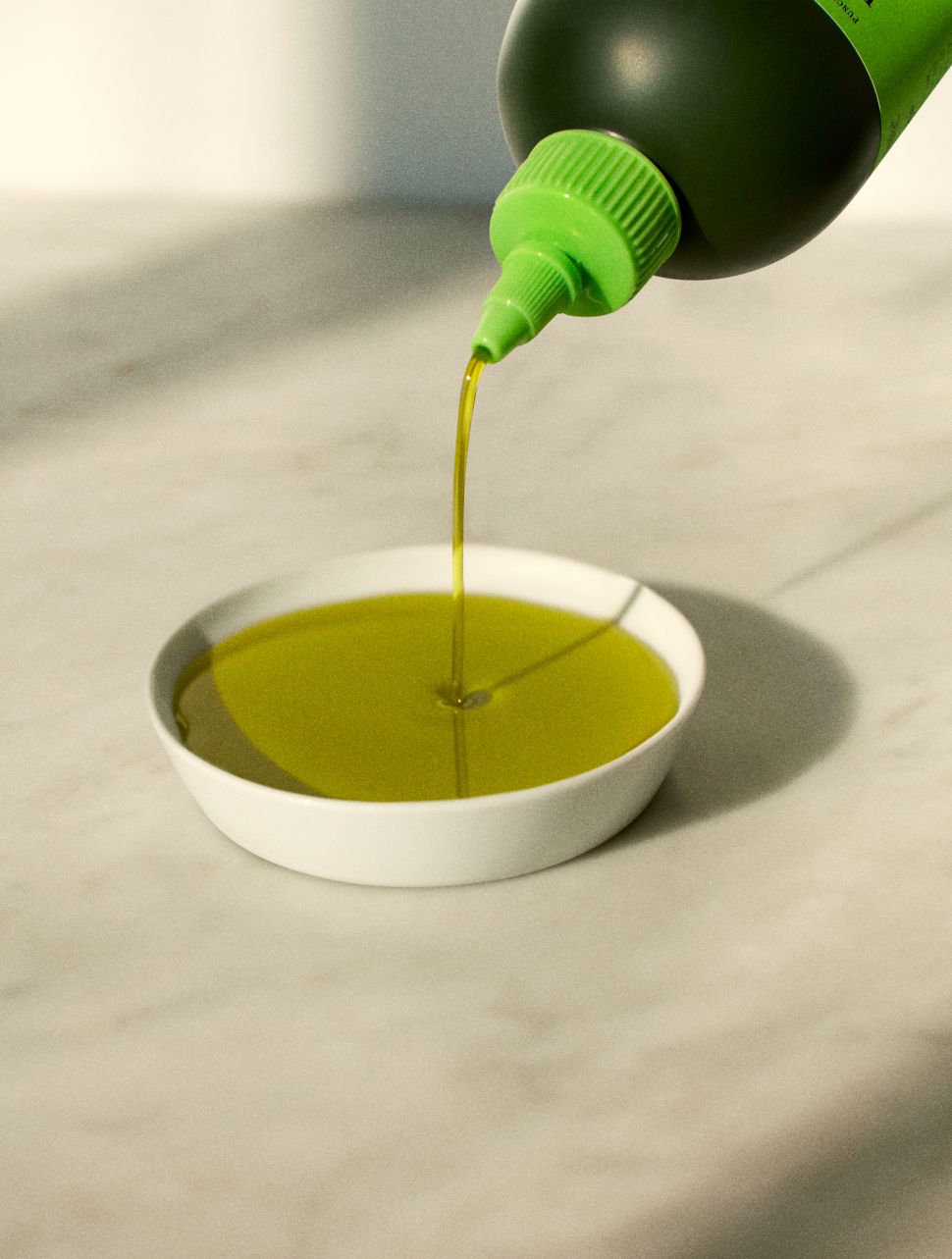