New York City has increasingly seen a new type of visitor in the months of late summer and fall: bottlenose dolphins in the harbor.

The area has become a feeding ground for the marine creatures and their annual visits could suggest environmental policies are working, according to a new study from researchers at the Wildlife Conservation Society.

The scientists involved in the paper used underwater microphones to study dolphin activity from 2018 to 2020, focusing on the unique buzz sound produced by feeding dolphins. Six devices were deployed in the waters off Brooklyn, Queens, Staten Island and New Jersey.

The team discovered dolphins are drawn to the urban area by a species of fish called Atlantic menhaden that’s returned to New York Harbor, according to Sarah Trabue, the lead author of the study. “It’s a foraging ground for this population of bottlenose dolphins,” Trabue said.

The presence of dolphins can also be attributed to “some of the policy—such as the Clean Act—that has been enacted to improve the habitat quality in this area and make it more suitable for use by marine animals,” said Trabue, who noted that shifting environmental conditions due to climate change could additionally have played a part in making the harbor more welcoming for dolphins.

As is often the case when animals and humans overlap, there is the potential for negative interactions between the species. The Wildlife Conservation Society paper discussed the possibility of human impacts on the marine animals, such as boat collisions and the effects of development near the harbor.

“It’s really exciting that we’re seeing these dolphins show up in abundance in these waters, but there are still concerns,” said Trabue. “The more informed we are, the better choices we can make going forward.” 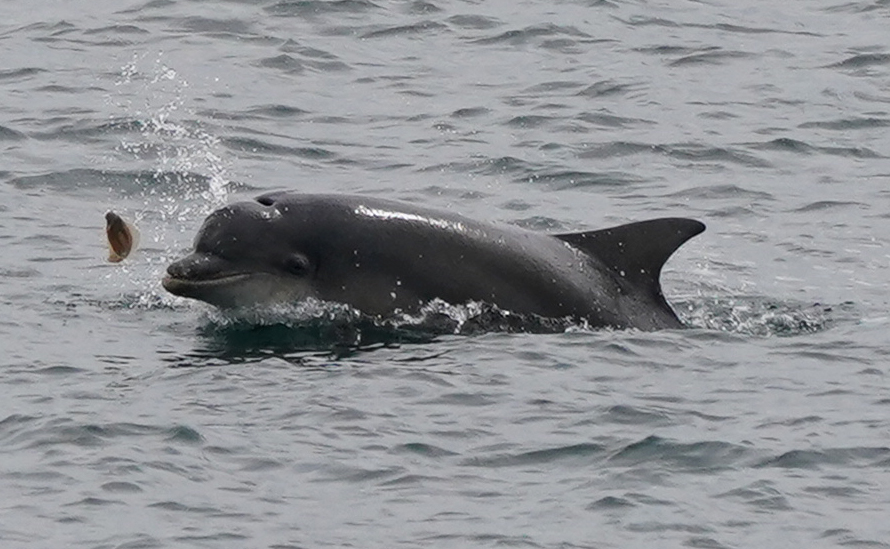