The European Council, the policy-making body of the E.U., struck a deal today (June 29) to endorse a strict environmental law that would effectively ban the sale of new gasoline powered vehicles by 2035 in 27 E.U. member states, a market of nearly 450 million people.The deal increases the pressure on the U.S. to follow suit while accelerating an electric transition for the world’s largest automakers, many of whose profits still heavily rely on selling gas cars.

Environment ministers representing E.U. member states reached an agreement after a lengthy and heated meeting, Reuters reported, paving the way for the European parliament to pass a climate legislative package known as “Fit for 55,” aimed at cutting greenhouse gas emissions by at least 55 percent from 1990 levels before 2030. The bloc had previously agreed on reducing CO2 emissions by 40 percent under the same timeframe. The ultimate goal is to eliminate all automobile emissions by 2035.

“It’s game over for the internal combustion engine in Europe,” Transport and Environment, Europe’s leading clean transport campaign group, said in a statement after the meeting.

Countries with a robust auto industry negotiated some concessions to allow more time for their carmakers to adjust. Italy unsuccessfully sought a 90 percent, instead of 100 percent, CO2 reduction by 2035 but also an exemption for niche carmakers, including Lamborghini, to meet interim CO2 reduction targets between now and 2035. Ministers representing Germany, home to Volkswagen and Mercedes, proposed an addition to the emissions rule that could allow vehicles running on carbon-neutral fuels after 2035, but no decision was taken.

The EU and the U.S both vow to achieve carbon neutrality by 2050 under the Paris Climate Agreement, which the U.S. rejoined in 2021. The Biden administration has set a shorter-term target of reducing CO2 emission across the economy by 50 to 52 percent from 2005 levels before 2030. The EU is more aggressive: Under the bloc’s new agreement, greenhouse gas pollution needs to be brought down by 61 percent from 2005 levels before 2030.

The U.S. doesn’t have a federal-level rule seeking to put an end to gas car sales in the next decade or so. States governments, major automobile buyers and carmakers are laying out their own climate goals that align close to the EU’s objectives.

In April, California’s Air Resources Board, a state government agency, unveiled a plan to completely phase out new cars powered by internal combustion engines by 2035. The proposal is scheduled to be put to a vote by the agency’s board in August.

The U.S. government, which owns more than 650,000 vehicles and purchases about 50,000 annually, said late last year it plans to end purchases of gas vehicles by 2035.

General Motors and Ford, the two largest U.S. automakers by sales volume, both have announced intentions to phase out gas vehicles in the coming years. GM has said it will produce only electric passenger vehicles by 2035. Ford plans to covert its entire passenger car fleet in Europe to electric by 2030.

However, the auto industry as a whole has a long way to go to do away with fossil fuel. Ford’s Europe plan sounds ambitious, but Europe represents less than a quarter of Ford’s global business. Last year, electric vehicles accounted for just about 10 percent of its total sales.

GM and Ford are among the six automakers and 30 national governments that signed a non-legally-binding pledge to stop selling new fossil fuel vehicles globally by 2040 at the United Nations Climate Change Conference (COP26) in November.

But the world’s two largest auto markets, the U.S. and China, refrained from signing. So did Toyota and Volkswagen, the world’s top two automakers by sales volume. 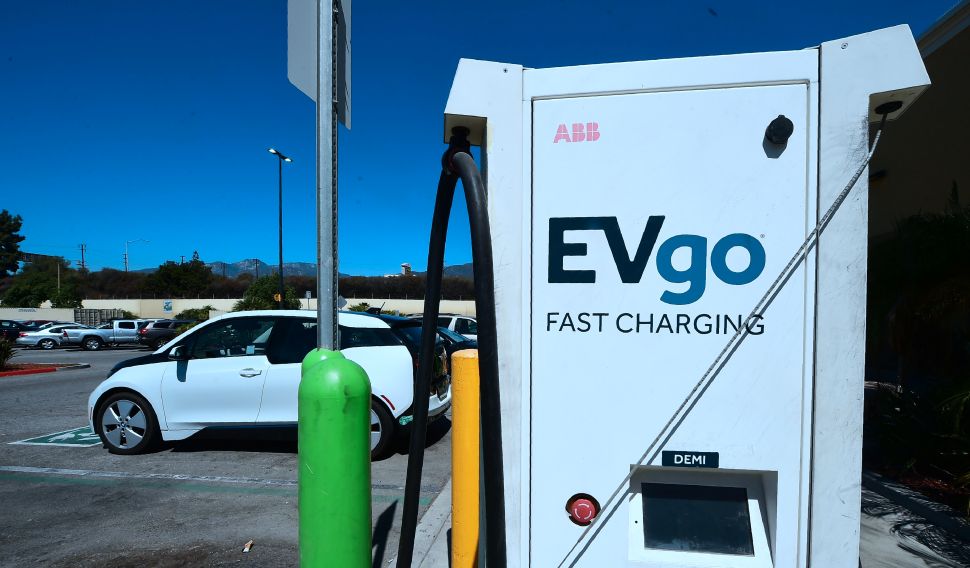