Like a daily trip to the boulangerie or a glass of wine at the end of the day, labor strikes are a way of life in France. The country consistently ranks as one of the European nations with the most general strikes each year, and certain industries are particularly prone to call off work in protest: France’s national rail service, for example, has not gone one year without a strike since 1947.

But diplomats serving in France’s foreign ministry, whose headquarters are known as the Quai d’Orsay,  don’t have a significant history of worker activism. Prior to today (June 2), members of the elite diplomatic corps had gone on strike just once in the Quai’s history.

That changed with a recent decree by President Emmanuel Macron aimed at overhauling the structure of the diplomatic corps. The move prompted some 500 diplomats to go on strike for one day over fears that their profession will be diminished at a critical period for French foreign affairs.

The decree, which was quietly released a week ahead of Macron’s re-election on April 24, calls for France’s 800-person diplomatic corps to be dissolved and incorporated into a larger group of 13,500 civil servants, who have the potential to work across different ministerial departments throughout their careers. One government official said that with the restructuring they could envision an agricultural expert one day becoming an ambassador, for example.

This vision doesn’t sit well for some diplomats, though, who undergo rigorous education and training to pursue what has up until now been considered the most viable career path to a French ambassadorship. “Just as you wouldn’t ask a plumber to repair your roof, a diplomat wouldn’t necessarily make a great deputy director of the ministry of Agriculture. And vice versa,” Nathalie Loiseau, a former diplomat now serving in the European Parliament, told the French news site FranceInfo.

Of particular concern is that the change will open up the door to nominations “à l’américaine”—that is, the American-style assignment of political appointees with no real experience in foreign policy to coveted ambassadorships abroad. “Diplomats will serve as ambassadors to Burundi,” Gérard Araud, the former French ambassador to the U.S., told the New York Times. “Rome or London will be reserved for friends.”

What’s more, the reform would come at a critical time for French diplomacy, some strikers argue: Europe is facing the biggest land war since World War II in Ukraine, and France and its allies are trying to renegotiate the Iran nuclear deal.

The reform, which would take place starting next year, is part of a larger push by Macron to diversify France’s civil service and dismantle its elitist image. Last year the president announced the closure of the Ecole Nationale d’Administration, an elite college where many diplomats—as well as Macron himself—have gotten their start.

Aurélie Bonal, a deputy ambassador to the US who participated in the strike, argued that diplomats’ jobs are not as plum as they’re sometimes depicted. “The truth is we also visit morgues & jails; we work very late hours, not always in safe countries,” she wrote in a tweet.

7. It's fun to picture diplomats gorging on Ferreros in touristic countries. The truth is we also visit morgues & jails; we work very late hours, not always in safe countries. Wherever we go, our families pay a high price. It's a vocation, not a 3-year experience.#diplo2metier pic.twitter.com/AR8BEmqW74

Diplomats on strike are asking for a public hearing to address concerns about the planned structural reform, as well as budget and staff cuts. France’s foreign minister ​​Catherine Colonna, a diplomat herself, has not yet commented on the strike. 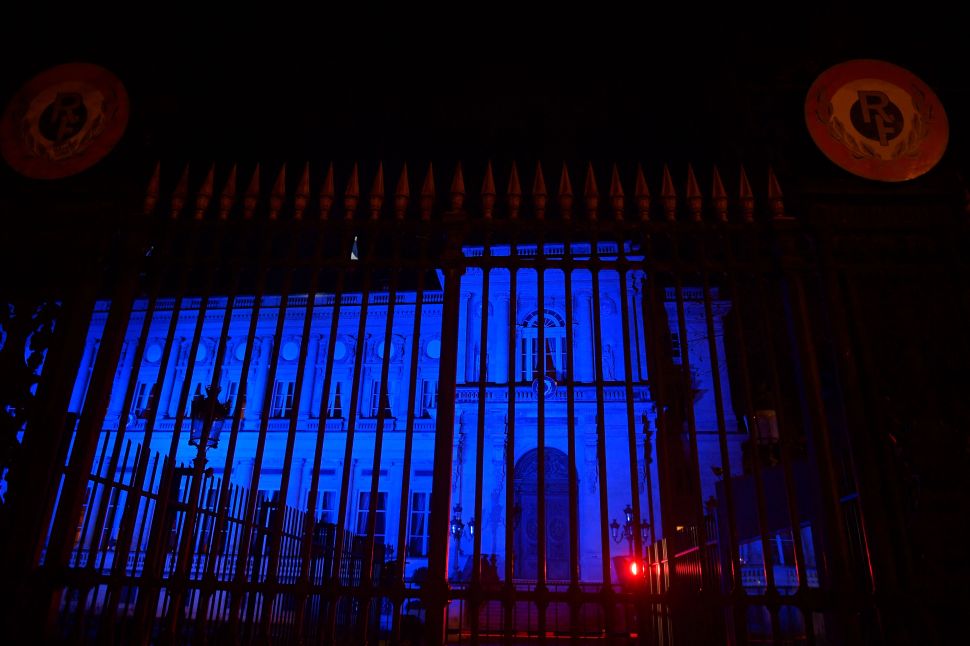