Ernst & Young (EY), one of the Big Four accounting firms in the U.S., agreed to pay a $100 million penalty after the Securities and Exchange Commission found a large number of its auditors had cheated on professional exams over multiple years, highlighting a systematic integrity issue in the accounting and auditing industry.

Hundreds of EY auditors cheated on a certified public accountant (CPA) ethics exams by receiving and sharing answer keys between 2017 and 2021, the securities regulator said in an administrative order published today (June 28). Those exams were part of a continuing education program offered by many states for professional accountants to maintain their licenses.

A significant number of EY professionals who did not cheat themselves but knew their colleagues were cheating, violated the firm’s code of conduct by failing to report the misconduct, according to the SEC’s order. Additionally, the SEC said EY withheld the misconduct from the agency conducting an investigation of potential cheating at the firm.

“It’s simply outrageous that the very professionals responsible for catching cheating by clients cheated on ethics exams of all things,” said Gurbir Grewal, director of SEC’s enforcement division, in a statement today. “This action should serve as a clear message that the SEC will not tolerate integrity failures by independent auditors who choose the easier wrong over the harder right.”

It was not the first time widespread cheating on ethics exams had been reported at EY, the SEC said. A similar scandal involving more than 200 EY professionals exploiting a flaw in the company’s testing software took place between 2012 and 2015. The firm handled the incident internally.

Other major firms have been accused of systematic cheating on professional exams. In 2019, KPMG, another Big Four auditing firm, paid $50 million to settle an SEC investigation into “numerous employees” cheating on internal training exams.

The $100 million fine is the largest sum ever imposed by the SEC against an auditing firm. In addition to monetary penalty, the regulator has required EY to hire two independent consultants to oversee the firm’s ethics policies.

EY, one of the largest employers in the US. with more than 300,000 workers, reported $40 billion in global revenue in fiscal 2021. The firm didn’t report net earnings after expenses.

The firm said in a statement today “nothing is more important than our integrity and our ethics” and promised it would take efforts to enforce compliance with ethical rules.

EY didn’t immediately respond to an inquiry about whether the auditors who cheated face internal penalties, or if they continue to work at the firm. 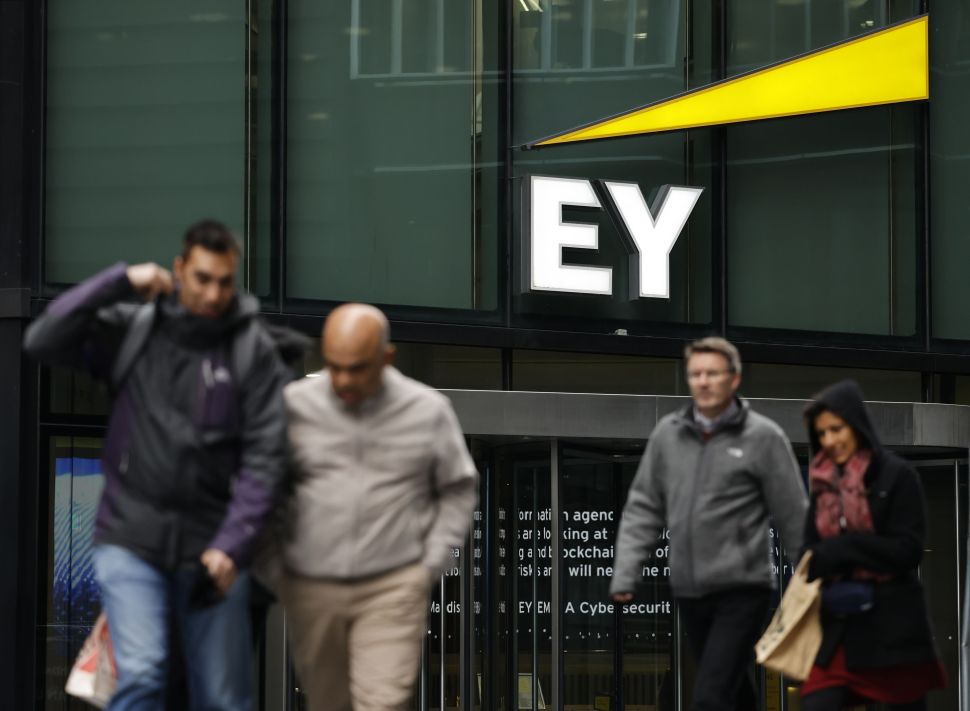