On June 24 the Supreme Court overturned the federal right to an abortion, confirming news that first broke through a draft opinion leaked in May.

“It is time to heed the Constitution and return the issue of abortion to the people’s elected representatives,” read an opinion authored by justice Samuel Alito, adding that Roe v. Wade, the 1973 decision that guaranteed the right to an abortion nationwide was “egregiously wrong from the start.” The court’s three liberal justices dissented, “With sorrow—for this Court, but more, for the many millions of American women who have today lost a fundamental constitutional protection.”

The landmark decision turns the question of abortion rights to the states, and 26 of them are now certain or likely to ban the procedure. Not only will it change the landscape for abortion access, but it will also raise new concerns for employers and the roughly 155 million Americans who rely on their workplace for healthcare. Though health insurance coverage of abortion services already varies greatly from state to state, that disparity is likely to become more extreme in a post-Roe world.

A number of large corporations, including Apple, Amazon, and Starbucks,  have already expanded their healthcare benefits to ensure employees are able to access abortion services if Roe is overturned, but many companies have been waiting for a final decision before making any changes. Though more firms may now move to expand abortion benefits, they’ll also have to pay close attention to the legal landscape as state legislatures respond to the high court’s ruling.

Will abortions still be covered under my employer-sponsored plan?

If your employer already covers abortions, you may not see your health insurance change automatically with the overturning of Roe, says Katy Johnson, senior counsel at the American Benefits Council, an employee benefits public policy organization. That’s because employers and benefits providers will have to navigate state statutes passed in the wake of the decision—some of which are expected to take effect immediately—to figure out what they can continue to offer.

About 64 percent of Americans covered by health insurance are enrolled in self-funded plans, which are common among larger employers, and under federal law states aren’t allowed to regulate which benefits companies offer through these plans. But while the Employment Retirement Income Security Act (ERISA) generally preempts state laws, there’s recently been discussion about whether states will pass legislation that finds exceptions to this rule—essentially carving a path to make employers who continue to cover the procedure legally liable. A state may try to limit the extent to which employers can cover or support abortions by adopting criminal laws not covered by ERISA, for example, says Johnson.

“Well after any opinion, the landscape is going to be fairly uncertain” for employers, says Johnson.

My employer still covers abortions, but I work in a state that banned the procedure. What are my options?

Your employer may follow what major corporations such as Citigroup and Apple announced in recent weeks by offering to cover travel costs if you live in a state that bans abortion.

It isn’t uncommon for companies to pay for employees’ travel if they’re seeking medical treatment that isn’t available close to home, says Johnson, and “employers may well offer a more robust, or new, travel benefit” now that the Supreme Court has made a decision.

Some companies already implemented such policies in states that passed strict abortion laws before the Roe decision came down. In Texas, where a law bans anyone from “aiding or abetting” abortion after six weeks of pregnancy, Citigroup drew flack from state Republicans when it announced it will cover travel for the procedure. The policy, however, remains in place for now.

Companies that want to continue offering abortion services to employees may also consider relying more on telehealth and mail-order pharmaceuticals, but abortion pills are likely to be targeted at the state level as well.

Is it safe to express my beliefs about this decision at work?

Though most Americans support abortion rights, private employers are generally allowed to limit workplace discussions about it. Meta, Facebook’s parent company, for example, forbids conversations about the topic on the firm’s internal messaging system, but has indicated it’s okay for workers to share personal experiences about abortion with colleagues in a private setting.

Some company leaders—most notably Shar Dubey, the CEO of Match and Tinder—have set a standard for the rest of the workplace by speaking out against restrictive abortion laws themselves, but expectations are likely to differ from one workplace to the next.

In its guidance for employers, the Society for Human Resource Management, which represents corporate HR workers, noted that while companies may move to limit discussions about abortion over email, for example, it’s more tricky to curb conversations in informal settings such as a break room. “It’s harder to create a culture where those types of conversations aren’t allowed but you’re still fostering free speech and letting employees be individuals,” Rob Wilson, president of HR consulting firm Employco USA, told SHRM.

What if I disclose to my employer that I had an abortion?

Regardless of where your employer stands on abortion, it is illegal to terminate an employee for having or considering the procedure. 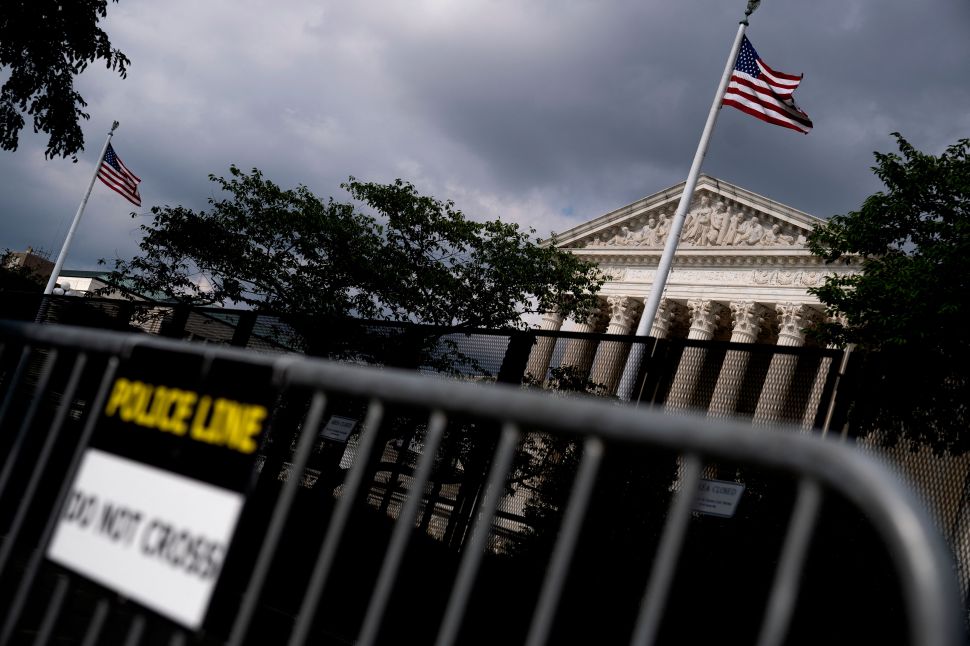