Now that the U.S. Supreme Court has struck down a New York law placing strict limits on carrying handguns in public, how easy will it be for citizens to carry pistols on the streets of New York City?

The century-old law made New Yorkers prove they had “proper cause” for self-defense in order to carry a concealed weapon. While the Supreme Court ruled the state can no longer use this permitting system, the city will likely limit carrying handguns in new ways, such as designating “sensitive locations” where carrying concealed weapons will be prohibited.

There’s already been a significant increase in handgun license applications at New York Pistol License Specialists, a company assisting those looking to obtain firearm permits, wrote license consultant Arnold Wachtel in an email. “When a NYC handgun license is issued it is mandatory that the licensee purchase one handgun within 30 days otherwise the license will be canceled. Therefore, when handgun licenses increase so do gun sales.”

At Olinville Arms, a Bronx gun store, there hasn’t yet been an increase in gun sales, according to an employee, although the store has received a significant number of phone calls from gun owners asking if they can carry their handguns.

At the Seneca Sporting Range in Queens, however, gun sales have doubled in the past few days, according to owner John Deloca, who suspects the surge will “definitely, without a doubt” continue. But Deloca predicted there will also be enough new rules covering carrying weapons that there won’t be a significant difference for New Yorkers following the court’s ruling. “It doesn’t mean that we’re going to have the wild, wild west.”

Indeed, public officials have scrambled to assure the public there will still be restrictions on guns in place.

“We have been preparing for this decision and will continue to do everything possible to work with our federal, state and local partners to protect our city,” New York Mayor Eric Adams said in a statement. “Those efforts will include a comprehensive review of our approach to defining ‘sensitive locations’ where carrying a gun is banned and reviewing our application process to ensure that only those who are fully qualified can obtain a carry license.”

The city’s transit system, as well as schools and restaurants, will possibly become sensitive areas, said Gov. Kathy Hochul at a press conference. She added that other measures could include new training requirements for permits and allowing businesses to prohibit concealed weapons on their property.

“I don’t think there’s going to be a big difference,” said Warren Eller, chair of public management at John Jay College of Criminal Justice. “Even if the city designated two areas as sensitive areas, like the subway and mass transit system, think about what that does for your ability to carry a gun legally. Being able to do that instantaneously creates a ton of limit.”

Other barriers to entry include the financial costs of permit applications and purchasing handguns. “It’s still going to be an arduous task and limited to the people that have the financial means,” Eller said, who estimated the city will take months to administer a new permit process. “It’s wholly reasonable to expect they’ll do this slowly and deliberately.”

There are currently around 18,000 New Yorkers with a license to have a gun in their home, who possibly will be able to start carrying them in public once the Supreme Court decision goes into effect, said Richard Aborn, president of the nonprofit reform group Citizens Crime Commission. He believes the decision will likely take effect in the next two months. 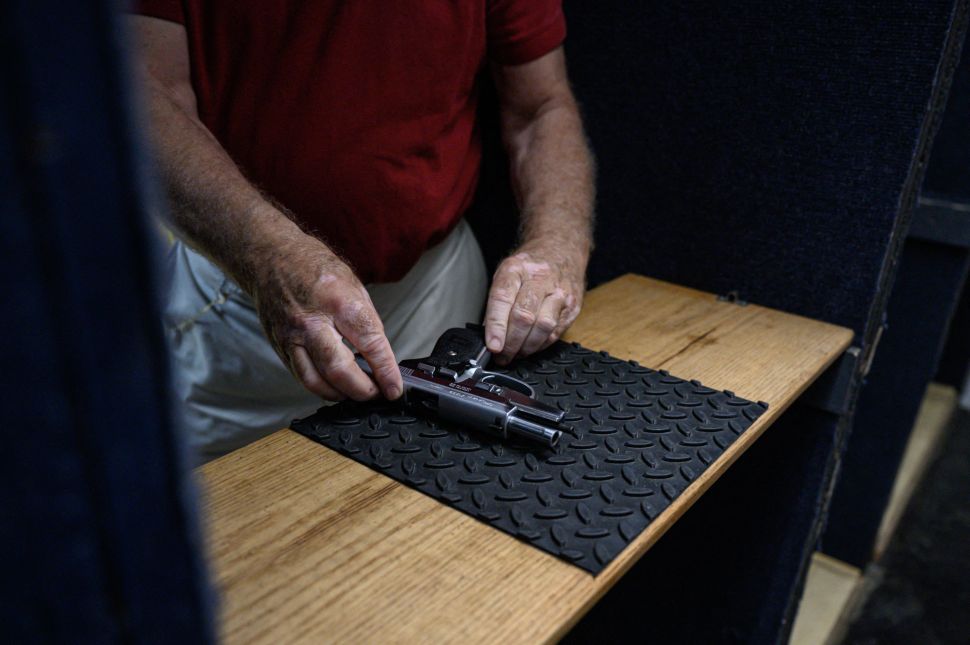