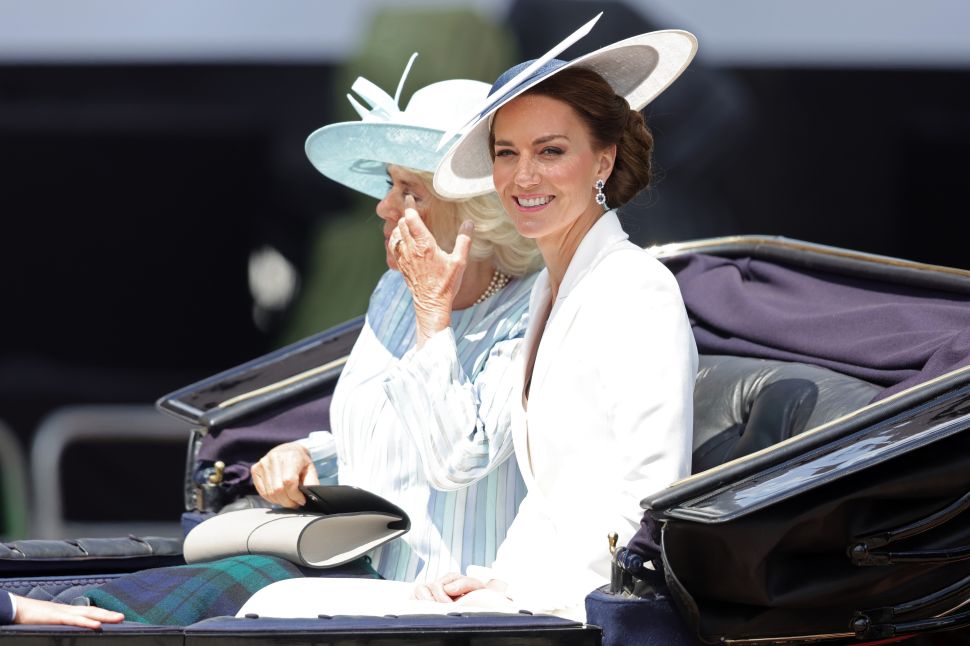 Queen Elizabeth’s Platinum Jubilee weekend kicked off today, as the monarch celebrates a landmark 70 years on the throne. The festivities started with the Trooping the Colour parade, and while there are sure to be plenty of fashionable royal style moments over the next few days, Kate Middleton already hit a high note with her chic Alexander McQueen ensemble.

The Duke and Duchess of Cambridge, who were accompanied by Prince George, Princess Charlotte and Prince Louis, joined the rest of the royals on the Buckingham Palace balcony to wave to the massive crowds of royal enthusiasts that gathered outside, and the entire family wore perfectly coordinating white-and-blue outfits. Duchess Kate chose a familiar white Alexander McQueen coat dress for the occasion, and accessorized with a navy and white Philip Treacy fascinator and a pair of diamond and sapphire drop earrings that once belonged to Princess Diana.

The long-sleeved blazer-inspired McQueen coat dress is a repeat for Kate; she first sported the elegant frock at an event during the 2021 G7 summit in Cornwall. Alexander McQueen is one of Kate’s go-to brands (as well as the designer behind her iconic wedding dress), and the coat dress cut is one of her signature silhouettes; this particular style has a pleated skirt and double buttoned waist, and hits just at the knee. 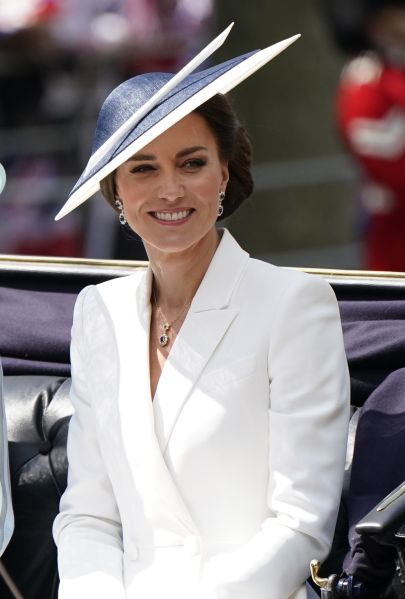 The Duchess of Cambridge’s specific Alexander McQueen coat dress, which is reportedly a custom creation that cost around £3,000 (approximately $3,760), isn’t available to purchase, but don’t fret, because you can still get the look with a similar frock. Below, the chic dresses to shop now so you can emulate Kate’s look.