In Cornish mythology, Spriggans are portrayed as mythical creatures that have grotesque bodies but large, youthful heads. They appear in caves and old ruins where they stand guard over ancient treasures. In Netflix’s latest original anime series, a Spriggan is a 16-year-old Japanese high school student equipped with a powerful armored battle suit who travels the globe seeking ancient artifacts and doing whatever is necessary to keep them out of the hands of any person, group, or government agency seeking to use them for their own selfish purposes.

Netflix’s Spriggan is the second attempt at adapting Hiroshi Takashinge and Ryōji Minagawa’s cult-classic action manga of the same name to animation. The first came in the form of a 1998 feature produced by Studio 4C, which was released two years after the manga’s final chapter was published. That film’s incredibly fluid and detailed animation is among the best of its era, though its under-developed narrative and spotty availability are likely the reasons it’s not better known.

The animation studio behind the new Netflix version is David Production, the company responsible for hit action series Fire Force and the ongoing Jojo’s Bizarre Adventure franchise. A decade ago, the JJBA manga was also seen as a cult-classic story in need of a proper anime adaptation; ten years and six series later, JJBA is one of the most popular and beloved anime series running today (so much so that Netflix acquired the exclusive streaming rights to the franchise’s latest installment, Stone Ocean, last year). So the question is: can David Pro do for Spriggan what it did for JJBA, or will this be the latest Netflix anime disappointment?

In the world of Spriggan, there is a secret global war happening, one fought not over land or political/religious views, but over artifacts of a once-great civilization. These ancient people’s mastery of science and technology enabled them to create tools of immense power and influence, tools that eventually led to their demise. Paramilitaries, psychopaths with God complexes, and the governments of the most powerful nations on Earth all want to obtain these relics to increase their global standing or wield them against their enemies. Opposing them all is ARCAM, an organization dedicated to finding these OOPArts (out-of-place artifacts) and ensuring that they can never be used again.

The organization’s top agents are known as Spriggans, including Yu Ominae, the protagonist of this series. Armed with incredible combat skills and a battle suit made out of a mysterious ancient metal called Orichalcum, Yu engages in a series of violent battles against U.S. super soliders, neo-Nazis, and a ghost from his past.

Some of Spriggan looks like it was plucked directly out of the 1990s. It’s the kind of ultra violent anime you might have found in your local video store racked next to Wicked City or Genocyber, or on late-night television as part of the Sci-Fi Channel’s Anime Saturday Night programming block. Right from the opening episode we see bodies riddled with bullets, heads flying, and people being sliced up as if they were deli meats. All this is initially impressive, but as things drag on the series makes the same mistake the earlier films did: not presenting anything resembling a compelling narrative. So instead of old school Spriggan comes off as dated.

A season of six episodes, each running over 40 minutes (so about four-and-a-half hours), has no business being this formulaic. By the mid-point of the series the plots are predictable: Yu travels to a location to acquire an artifact; once there he squares up against a powerful foe or organization (or both) to achieve his objective; fisticuffs ensue, with Yu overcoming any obstacle by way of his immense strength or quick thinking (or both); he either comes away with the artifact or it is destroyed.

There is nothing wrong with anime that follows a format. Katanagatari, Kino’s Journey, and Mushi-shi are great series that successfully tell stand-alone stories. But the protagonists of those series do more than punch out bad guys. They interact with and learn from memorable side characters; they grow and develop, so we feel we are making a journey with them, not just watching him punch out bad guys. The more interesting side characters in Spriggan — the Frenchman Jean Jacquemonde who can turn into a murderous beast at the sight of his own blood, or the high school tomb raider who knows her way around a submachine gun and can talk to dead spirits — don’t get enough screen time to liven up this monotonous action series. We’re stuck with the bland and uninteresting Yu.

Spriggan’s character designs and 2D animation, while not unappealing, are unremarkable, save for a genuinely inspired sequence inside a cursed forest. There’s far too much computer-generated animation, which turns out to be a bigger problem than the thin story. No amount of portentous camera work can cover up an anime with this many shots of unattractive and at times outright repulsive CG. Too often any momentum a scene builds up is killed whenever we have to witness Yu’s awkward and unsightly looking CG body standing next to a completely two dimensional character. Even worse is watching him perform any kind of physical movement, like running.

As someone who was not familiar with Spriggan until now, I was intrigued by the premise, the landmark source material, and the promise of a studio which had successfully adapted a cult classic story once before. But despite a throwback feel that would be welcome in most circumstances, Spriggan is a series David Pro fans would be wise to forget. The writing and animation are sunk by poor production choices. This series may scratch a certain itch for a few who have been anticipating an adaptation of this beloved manga, but those being introduced to this story for the first time may find themselves wishing that this relic of a bygone era had stayed hidden. 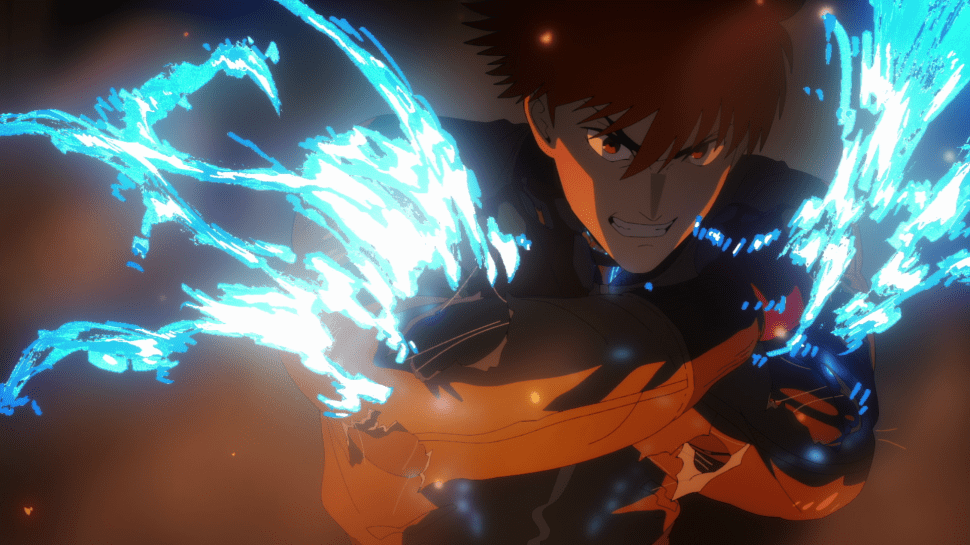