The New York State legislature made history last week when the State Senate passed, by a 36-27 margin, a bill the state’s Assembly had already approved to place a two-year moratorium on “proof-of-work” cryptocurrency mining that uses fossil fuels—effectively, a two-year ban on much bitcoin mining. It is the farthest-reaching legislation of its kind anywhere in the world, and most insiders expect Gov. Kathy Hochul, a Democrat up for election in November, will sign it into law.

In the last two years as cryptocurrency has become more mainstream, the industry has tried to increase its influence on public policy. In what was viewed as an attempt to influence Washington policymakers, Terraform Labs, the company behind the recently-imploded cryptocurrency Terra paid more than $30 million to blanket the Washington Nationals baseball stadium with advertising. Protect Our Future, a super PAC controlled by Sam Bankman-Fried—the founder and CEO of crypto exchange FTX—made more than $17 million in political contributions in the first four months of this year, according to Federal Election Commission filings.

Similarly, crypto companies have been spending money to get their message across and to block New York’s moratorium bill. Vitalik Buterin, the co-founder of Ethereum, and other prominent crypto advocates took to Twitter to oppose the measure. And at least some crypto companies tried to make their voices heard through political donations.

“Crypto billionaires, like many other dark money groups, have poured millions of dollars into PACs to try to buy elections throughout New York State,” said Susan Lerner, executive director of Common Cause New York, a good government group, in a statement to the Observer. “This time around, lawmakers in the NYS legislature listened to real people—not buckets of cash—and voted in favor of a two year moratorium on bitcoin mining.”

Hochul was not immune from such donations. On May 30, the New York Times reported that Ashton Soniat, the chief executive of Coinmint, donated $40,000 to Hochul’s campaign. Coinmint operates a cryptocurrency mining facility in a former aluminum smelting plant in Massena, New York, near the St. Lawrence River.

“Governor Hochul must sign the bill or it will be seen as typical Albany pay to play politics, something she has vowed vigorously to reverse,” Lerner said. The governor’s office did not return an email request for comment.

“Political donations have no influence on government decisions,” a Hochul spokeswoman told the Times.

How much bitcoin is mined in New York?

New York’s slice of the bitcoin mining pie is very large. According to figures released last year by the crypto mining pool Foundry USA, 19.9% of the US bitcoin hashrate—the collective computing power of miners—is located in New York, making it the largest bitcoin mining state, with Kentucky, Georgia and Texas not far behind.

Assuming Hochul signs the bill into law—which environmental activists predict she will—it’s not clear how much of New York’s existing bitcoin mining will be affected. The legislation specifically targets mining facilities that use fossil fuels—some run on sustainable energy—and many bitcoin mining facilities are grandfathered into the legislation.

Despite the policy setback in New York, crypto advocates are unlikely to exit the political arena. In a podcast last month, FTX’s Bankman-Fried said that he is considering making political donations of between $100 million and $1 billion for the 2024 elections; if he does, he would become one of the largest individual political contributors in the country. 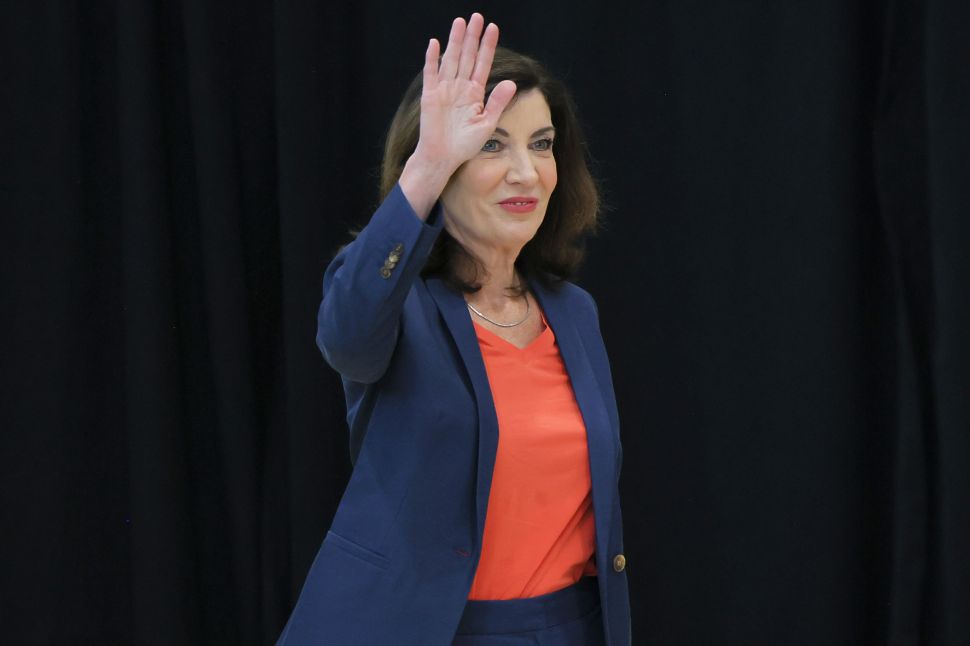