Sen. Pat Toomey (R-PA) speaks at the Senate Banking, Housing and Urban Affairs hearing at the US Captiol on May 19, 2022 in Washington, DC. (Photo by Tasos Katopodis/Getty Images)jledbetter
By James Ledbetter • 06/12/22 10:14am

Nothing encourages Congressional regulatory scrutiny as much as a good partisan scrape. Americans who are concerned that a tiny, Colorado-based fintech company may have unduly received a government favor can sleep at night, knowing that Senator Pat Toomey (R-PA) is taking on the issue with bulldog tenacity. This crusade is a little surprising because Toomey, who is the ranking member of the Senate banking committee and is not running for re-election this fall, usually positions himself as a friend of financial innovation.

But, you see, the company in question—Reserve Trust, which has been neatly labeled “the Stripe for B2B payments”—has important ties to prominent Democrats. Toomey has been raising questions about Reserve Trust at least as far back as February, and to date the answers have been less than illuminating, even if the stakes are lower than Toomey’s hyperventilation suggests.

Let’s start at the beginning: Reserve Trust was founded in 2016, and very quickly applied to the Federal Reserve Bank of Kansas City for a “master account,” meaning that the company would have direct access to the Federal Reserve’s payment system, and can settle transactions with other member banks using the Fed’s money. Very few fintech startups bother to make such applications, because it’s pretty obvious they don’t qualify. Reserve Trust is a state-chartered trust; master accounts are typically meant for federally recognized banks, savings and loan associations, and similar institutions that handle deposits. Unsurprisingly, the Kansas City Fed rejected Reserve Trust’s application in mid-2017.

How did Reserve Trust get a Fed master account?

Around that time, some politically interesting things happened. When Donald Trump took office, Sarah Bloom Raskin stepped down from her position as Deputy Treasury Secretary (at the time she was the highest-ranking woman in Treasury’s history, and she had previously served as a governor of the Federal Reserve Board). Raskin began teaching at the University of Maryland, but also joined the board of Reserve Trust and received equity as compensation. According to Toomey, Raskin called Kansas City Fed President Esther George shortly after Reserve Trust’s application was rejected. The next year, the Kansas City Fed reversed its decision and granted Reserve Trust a master account—the first and apparently only nonbank to acquire that status.

All this surfaced earlier this year, when Raskin was nominated to be the Federal Reserve’s banks regulator. The Kansas City Fed, finding itself under Congressional fire, issued a statement saying that Reserve Trust “changed its business model and the Colorado Division of Banking reinterpreted the state’s law in a manner that meant [Reserve Trust] met the definition of a depository institution.”

It may not matter much, because it seems like the Fed has a fair amount of discretion in who it gives master accounts to, but as long as we’re keeping score: a) Reserve Trust to this day describes itself as a “non-depository, Colorado chartered trust,” and b) the Colorado banking regulator labeled the Fed statement a “misrepresentation.”

Raskin left Reserve Trust in 2019, and in late 2020 sold her stock in the company for $1.5 million. This created a headache for her husband, Representative Jamie Raskin (D-MD), because he didn’t disclose anything about her company role until eight months after the sale, a violation of Congressional rules. (Raskin has explained that his son committed suicide around the time the form should have been filed, but that doesn’t account for the failure to disclose her work for the company in the previous years.) All of this was a factor in Sarah Raskin withdrawing her nomination earlier this year.

But the story doesn’t end there. This week, Toomey revealed that the Kansas City Fed has now revoked Reserve Trust’s master account. The Observer reached out to the company for confirmation, and received no reply. However, the Fed master account was prominently referenced on Reserve Trust’s Web site as recently as June 10; it has since disappeared and the site is now a single page with little information on it. One of the company’s founders, Dennis Gingold, told Bloomberg that he and other board members had sold their shares to one of the company’s largest investors, QED Investors. One of QED’s partners, Amias Gerety, worked for Sarah Raskin at Treasury. When QED led Reserve Trust’s Series A round in 2021, Gerety boasted that its relationship to the Fed was a big attraction. No one, including Toomey, is offering a public explanation for why the master account was apparently revoked, but it would be foolish to think that Toomey will let this issue go.

At the same time, it’s worth stepping back and figuring out what all this means.

Did the master account give Reserve Trust an advantage? Absolutely. It’s long been the first thing the company says about itself, it attracted customers that otherwise might go elsewhere, it was undoubtedly a factor that helped the company raise $35.5 million. If it’s been revoked, that may be a fatal blow to the business.

Was Sarah Raskin transparent about her contacts with the Kansas City Fed? No. While she never outright denied that she had contacted the Fed directly, she was given ample opportunity in her confirmation hearing to explain her role, which she sidestepped. It’s hard to imagine Raskin ever getting Congressional approval for another government role.

Was the Fed wrong to give Reserve Trust a master account? Morally or legally wrong? Probably not. If, as now seems likely, the Fed has determined that Reserve Trust doesn’t qualify, it certainly looks stupid, but there are rules for handling these applications, and as long as they were followed, there’s not much anyone can do to second-guess the decisions. Logistically wrong? Probably. Either the Fed gives such accounts to no nonbanks, or it gives them to some. The problem is that now there will be lots of nonbanks who think they are at least as qualified as Reserve Trust. On Friday, a Wisconsin-based financial firm called Custodia filed a legal complaint against the Fed and Kansas City Fed, arguing that they are unlawfully refusing to act on Custodia’s application for a master account. 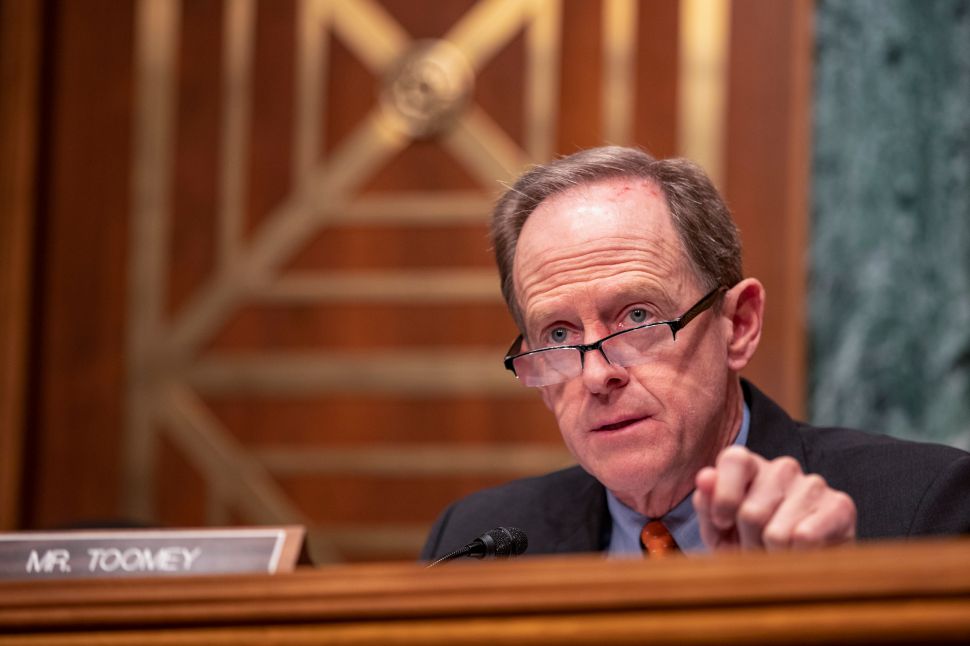