With oil at its highest prices in years, driving a gas-powered car is increasingly expensive. But while going electric might seem like a logical alternative for motorists, it’s by no means more economical. From Tesla and Lucid to General Motors and Ford, automakers across the spectrum are hiking up prices for their most popular electric vehicles at an unprecedented pace. Most of these companies cite surging raw material costs as a primary reason, but there is also an element of capitalizing on a growing appetite for EVs—at least among those who can afford them.

Last week, GM increased prices for its electric GMC Hummer lineup by more than $6,000 with little notice. An electric Hummer now ranges $86,000 to more than $106,000. Tesla’s Model Y SUV, its top-selling vehicle, is nearly 10 percent more expensive than six months ago, following three rounds of price hikes this year. It now starts at $69,900 in the U.S., about 40 percent more than what a locally made Model Y sells for in China.

Additionally, new owners of GM and Tesla EVs are paying significantly more than early adopters, because these two companies no longer qualify for the $7,500 federal tax credit. The federal government has a cap of 200,000 vehicles for each manufacturer that are eligible for tax rebates. GM and Tesla have outsold that limit.

Ford, which still qualifies for tax incentives, recently raised the price of its Mustang Mach-E SUV after raw material costs squeezed the model’s profit margin to zero, Ford CFO John Lawler said at a conference this month. Another popular Ford EV, the F-150 Lightning pickup, has yet to see official price hikes, but dealers are charging hefty markups, in some cases as much as $30,000. (The retail price for the truck starts at $40,000.)

On the startup side, Lucid and Rivian both recently tacked on price increases of at least 10 percent on their upcoming EVs.

Overall, a new electric vehicle sold for an average of $54,000 in the U.S. in May, up 22 percent from a year ago, according to J.D. Power, a consumer research firm. For comparison, the average price paid for a new gas car was $44,400, representing only a 14 percent year-over-year increase, J.D. Power’s data show.

The rising costs of batteries, the most expensive component of an electric car, is the main trigger of surging EV prices. In fact, prices of raw materials that go into battery production are rising much faster than that of gas.

While the national average gas price is up 60 percent from last year, the price of lithium, a main component of EV batteries, has skyrocketed 500 percent in the past year, according to Benchmark Mineral Intelligence, a commodity research firm. The price of nickel, another essential battery material, shot up 400 percent within a week in March—in part due to the war in Ukraine—and is now 30 percent higher than a year ago.

In April, Tesla CEO Elon Musk said some of his company’s suppliers were charging 20 percent to 30 percent more on EV components.

When cost inflation translates into higher retail prices, it all seems a departure from the affordable EV promise touted by entrepreneurs like Musk, who famously said Tesla needs to offer a $35,000 car to attract mainstream buyers.

After price increases and the expiration of tax incentives, Tesla’s least expensive car, the Model 3, now starts at $47,000, according to the company website.

For every $1 increase in gas per gallon, the average consumer pays about $40 more a month, said Tyson Jominy, head of data and analytics at J.D. Power. In many states, gas prices have gone up more than $2 per gallon in recent months. But that’s still a smaller extra monthly payment than owning an electric car, which costs $200 more per month than the average auto ownership in the U.S. in 2022, Jominy said.

“The demand for EVs right now is extremely robust at Ford. So we have the opportunity, we believe, for pricing,” Ford CEO Jim Farley said during an investor call in April. 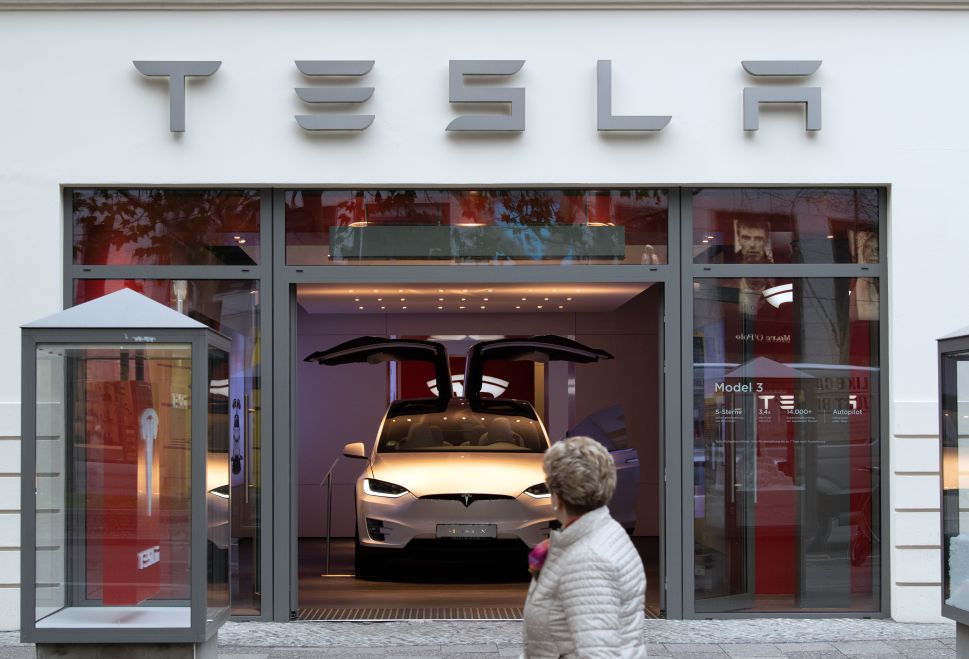