Last week the union representing Apple store workers at Atlanta’s Cumberland Mall withdrew their request for an election scheduled on June 2, putting what would have been the first-ever union vote for the tech retailer on hold.

The Communication Workers of America (CWA) cited concerns over Covid safety in a statement about the decision to withdraw the election request, and said repeated violations of the National Labor Relations Act by Apple management “made a free and fair election impossible.”

Among the alleged violations are so-called “captive audience” meetings—mandatory gatherings where employers have the opportunity to share their views on unionization and discuss employees’ rights. The CWA filed a complaint on May 17 with the National Labor Relations Board (NLRB) alleging Apple violated the law by holding such meetings. A number of other major employers facing union campaigns, including Amazon and Starbucks, have reportedly engaged in similar tactics.

In response to a question by CNBC about the union vote on May 27, Apple simply said, “We are fortunate to have incredible retail team members and we deeply value everything they bring to Apple.” The company did not immediately respond to a request for comment from the Observer.

While captive audience meetings are considered legal under decades of precedent, critics argue such meetings are a scare tactic to discourage workers from joining a union. Those complaints about the meetings are now being heard by someone in a position to do something about it: The general counsel of the NLRB, a Biden administration appointee, has said she wants to make the practice unlawful.

Why captive audience meetings are controversial

Employers have been permitted to hold captive audience meetings since 1948, when the NLRB ruled that compelling workers to listen to anti-union speeches doesn’t violate federal labor law. Companies typically view captive audience meetings as an opportunity to “balance the scales” once a union petition is filed, says Thomas Payne, an attorney with Indiana firm Barnes & Thornburg who has defended clients charged with unfair labor practices before the NLRB.

“It’s really just about information,” says Payne, adding employers typically want to send their own message about why a union is not necessary in the workplace. There are also limits to how employers can send their message, and they are prohibited from making statements that are threatening or coercive.

But some labor experts—and more recently, NLRB general counsel Jennifer Abruzzo—argue that captive audience meetings are inherently coercive. “We know that they have had the effect of intimidating workers, and they’re often very heavy-handed,” says Ellen Dichner, a lecturer at the City University of New York School of Labor and Urban Studies who served on the NLRB from 2013 to 2018. “It’s a very high-pressure tactic.”

Can the Biden administration actually ban them?

In a memo issued April 7, Abruzzo argued employers often make threats toward employees, whether explicit or implied, by requiring them to attend meetings about unionization. She wrote that “this license to coerce is an anomaly in labor law,” and that she’ll urge the board to overturn precedent by finding such mandatory meetings unlawful.

Though Abruzzo has filed a brief in a case that could overturn precedent regarding captive audience meetings, a lengthy legal battle is likely to ensue from there. Changing the law through a bill in Congress “would by far be the best route,” says Dichner, because it wouldn’t be subject to the interpretive whims of the NLRB, whose political leanings change with different administrations. But while the Protect the Right to Organize Act—which would similarly ban captive audience meetings—passed the House last year, it looks unlikely to pass the closely divided Senate anytime soon.

Still, Abruzzo’s memo has changed the way some employers approach captive audience meetings, Payne says. Over the past month, he’s advised employers not to make meetings about unionization mandatory to avoid any pushback from organizers.

In the meantime, the NLRB ruled last month that Amazon violated federal labor law by holding mandatory anti-union meetings when workers were deciding whether to unionize at a Staten Island warehouse—a sign that the board is playing close attention to these practices. Amazon stopped making similar meetings mandatory ahead of a second union vote at a separate Staten Island warehouse.

“Even if they rule in her favor, there is going to be a legal battle,” Payne says of Abruzzo’s memo. A challenge filed by a company that objects to her ruling could potentially advance all the way to the federal court of appeals. “In the meantime, there are employers with union organizing drives that are going to have to make a call.”

If they engage in meetings currently deemed unlawful by the NLRB’s general counsel, that could mean employers will face objections to union elections.

With the Atlanta election in limbo, the the Cumberland Apple workers have said they will support other Apple workers that are organizing. A union vote is scheduled for a separate Apple store in Towson, Maryland on June 15, organized by the International Association of Machinists and Aerospace Workers. 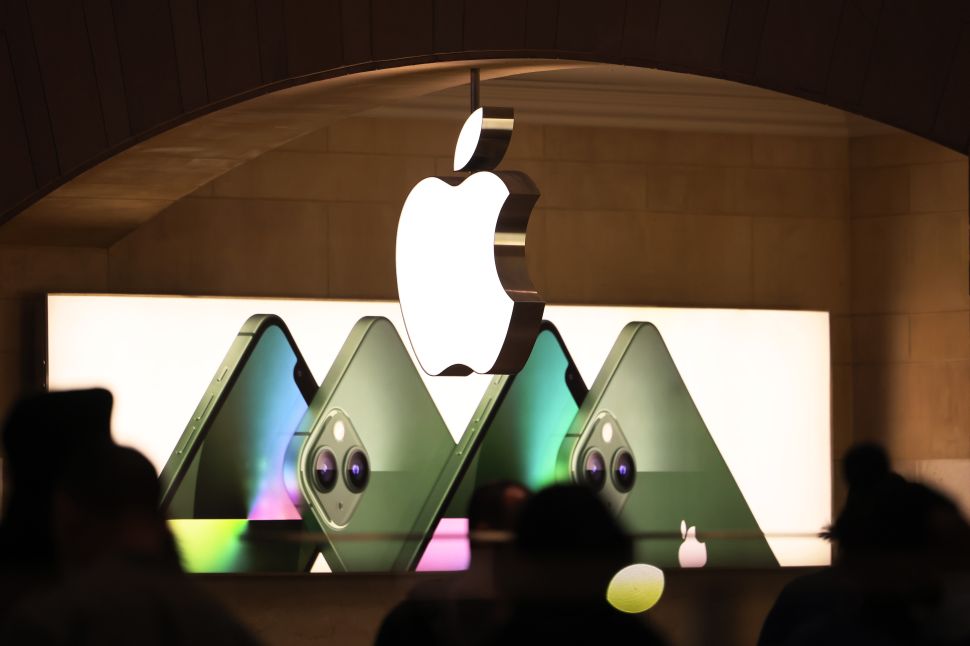