Of the 88 features making their world premiere at this year’s Tribeca Film Festival, The Drop has been the one I was most excited to see. Admittedly, this was primarily for personal reasons: my wife and I are expecting our first child this Fall, and The Drop is a dark comedy about a baby being dropped on its head. How could I possibly resist the opportunity to confront the anxieties of looming parenthood through the safety of cinema, to laugh in advance at the terrible mistakes that I am sure to make? The Drop gave me the release that I’d been hoping for, mining our primal responses to the creation or protection of infants for terrific cringe comedy. This, however, is only one angle through which director/co-writer Sarah Adina Smith tackles even more universal themes. The Drop is a wickedly fun satire of modern intimacy, both between romantic partners and between friends.

Mani (Jermaine Fowler, Coming 2 America) and Lex (Anna Konkle, PEN15) are an adoring young married couple trying to conceive for the first time. The pair runs a bakery in Los Angeles, which is home for Lex but a continent away from Mani’s family in Brooklyn. Mani is used to inhabiting Lexi’s world, but he’s still apprehensive about spending a long weekend at her wealthy friends’ destination wedding in Mexico. It’s an exclusive event with just four couples (plus one teenager and one newborn) who have known each other forever but with whom he‘s still trying to find his place. Surviving a few days with this eccentric and incestuous friend group would have been a trial under any circumstances, but the trip turns tense immediately when Lex accidentally drops the brides’ baby on her head.

You can unclench a bit: The baby is fine. The adults, however, are not, and they weren’t to begin with. Sarah Adina Smith has assembled a killer cast, bringing to life an array of memorable weirdos who are lovable despite being wholly unlikeable. The hosts of the wedding are Lindsay (Jillian Bell, Workaholics) and Josh (co-writer Joshua Leonard), Burning Man types who have left the city behind to invest in an island resort and are hoping to use this opportunity to get their captive audience of friends to buy shares. Shauna (Robin Thede, A Black Lady Sketch Show) is a self-obsessed TV star, her husband (Utkarsh Ambudkar, The Dropout) is a clout-chasing Hollywood hustler, and their teenage son (Elisha Henig, Mythic Quest) is part of an online movement called the “No-Wanks” that believes that abstaining from masturbation is the key to masculine power. Motherhood has turned defense attorney Mia (Aparna Namcherla, Corporate) into a vengeful paranoid who freaks out her level-headed fiancée (Jennifer Lafleur, Search Party) by bringing a gun to their wedding. Every single member of the ensemble wins laughs, and each combination of characters produces its own unique brand of awkward.

At the center of it all is Lex and Mani, who cope with the shock of the drop by exploding and imploding, respectively. Anna Konkle pays Lex’s guilt and anguish mostly down the middle, allowing Sarah Adina Smith to find the comedy in editing and composition. Some of the biggest laughs come from smash cuts to Alex freaking out alone on the beach, or the introduction of Ellen Reid’s hyperbolic, Wagnerian score. Likewise, a lot of Jermaine Fowler’s best comedic moments are silent. He gets a lot of mileage out of dead-eyed stares towards the camera while the rest of the party talks around him, oblivious to his anguish. Just like with Lex, you feel his pain, even as you’re laughing at it.

This presents a terrific contrast to the mostly verbal comedy of the rest of the ensemble. The Drop is joke-dense but not joke-heavy; practically every line of dialogue contributes to the comedic momentum but without a lot of obvious buttons. Beyond the characters each having individual quirks or lanes, a lot of the humor comes from their familiarity with each other and comfort in expressing themselves on even the most intimate topics, to delightfully cringey results. For instance, Lex used to date about half of the people present, and as much as Mani is totally cool about this in theory, that doesn’t necessarily mean he wants to sit between two of her former lovers fondly recalling the incredible sex they used to have with his wife. There’s a comedy of manners at play, but rather than being confined by the stiff etiquette of high society, Mani doesn’t want to disturb the chill vibes of these rich, liberal stoners. It’s not even that Mani doesn’t share their values, it’s simply that these people are too much, particularly while he’s also wrestling with his confused feelings about the baby-dropping incident.

Though its skeleton is as contemporary as any other Duplass Brothers production, The Drop has some classic farce in its DNA, as both its comedy and drama come from under- and over-communication between characters. Lex and Mani seem to be on the same page at first, but this portent of the dangers ahead in the next phase of their marriage sheds light on all the things they aren’t saying to each other in the interests of being a “good” couple. While the film may end a bit pat (and its third act is definitely its weakest), it strikes a poignant chord, suggesting that the pressure of a romantic partnership might sometimes suppress the kind of honesty that one can expect between friends. Marriage, like parenthood, comes with a difficult set of standards, and nobody wants to be the one who fails to meet them. Nobody wants to believe that they could drop a baby, but they might. Being able to confront that possibility is the first step to avoiding it, or at least being able to laugh about it. 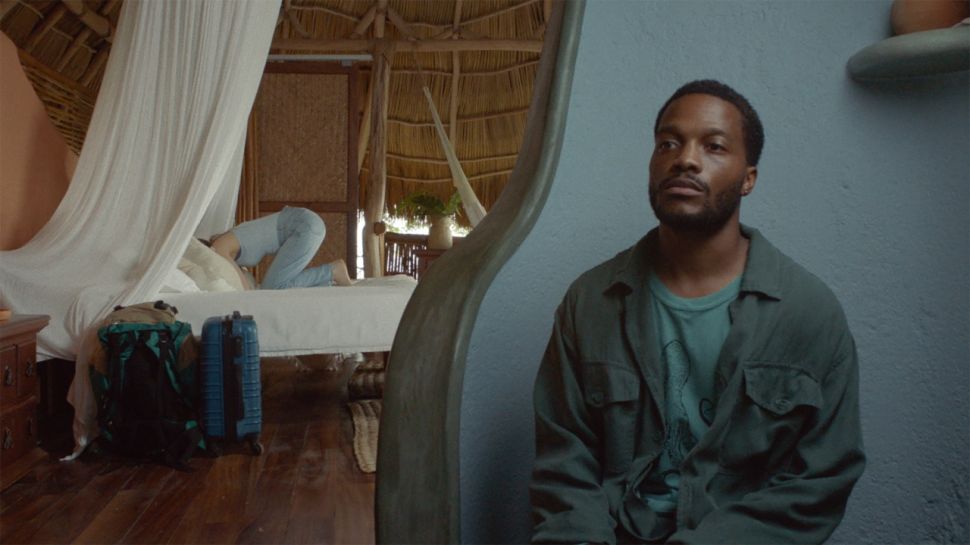