He will now be working on the NFT collection CryptoPunks, a series of 10,000 unique digital characters. The collection was recently acquired by the company Yuga Labs, which created the popular Bored Ape Yacht Club NFT project. Davis discussed his transition in a thread on Twitter.

I’m humbled and honored to announce I’ll be leaving my current post in July to steward the CryptoPunks as Brand Lead under the umbrella of @yugalabs before I say anything else it’s important to confirm what we WON’T be doing… simply put: I WILL NOT FUCK WITH THE PUNKS… 🧵👇🏻

Davis specialized in the sales of NFT-based art while at Christie’s. Working at the auction house since 2014, he spearheaded the historic March 2021 sale of Beeple’s Everydays: The First 5000 Days, which sold for $69 million and marked the first time the auction house offered a purely digital piece of art or accepted cryptocurrency as payment.

His departure coincides with a sharp downturn in the market for NFTs. In February, Sotheby’s cancelled its auction of a collection of CryptoPunks at the last minute. This was likely because the auction house was informed the low estimate for the collection wouldn’t be met, said Todd Levin, director of Levin Art Group.

“The initial hectic frothiness when the crypto markets were stronger, which drives the NFT market, has cooled significantly,” Levin said. “The prices in general of group NFT auctions at Christie’s, Sotheby’s, and Phillips have decreased from the multi-million dollar prices we were seeing.”

Davis will work on Christie’s current sale of a series of NFTs, which is running from June 21 to June 28. The collection contains more than a dozen artworks from various artists, including Beeple.

“Christie’s warmly congratulates Noah Davis on his new role as Brand Lead for Yuga Labs. Noah has been a dedicated colleague and senior member of the Christie’s 20th and 21st Century Art specialist department and has played a valuable role in establishing our leadership in the NFT and digital art space. We look forward to continuing to work with Noah in his new role,” Christie’s wrote in a statement. 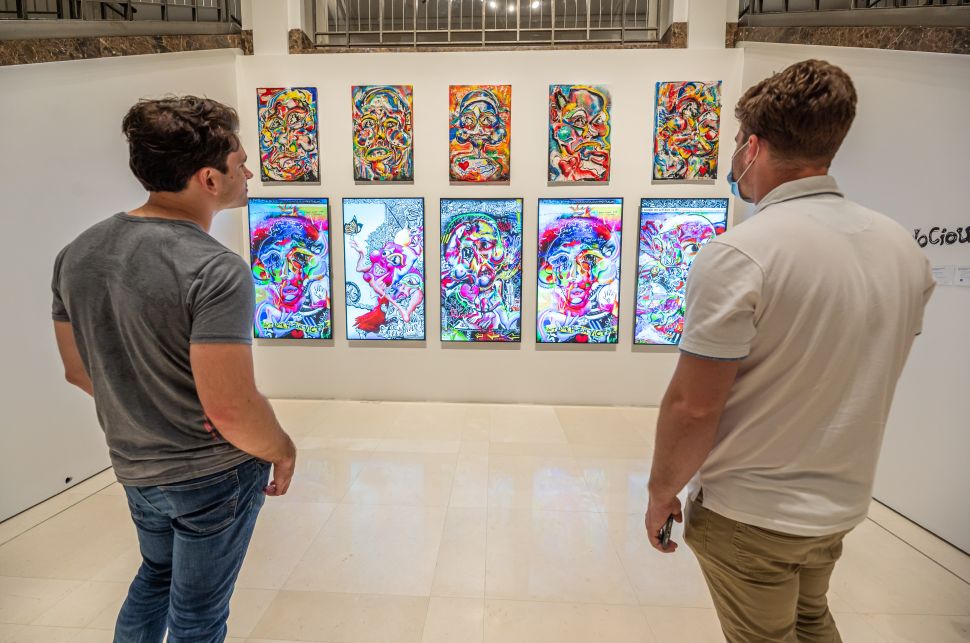