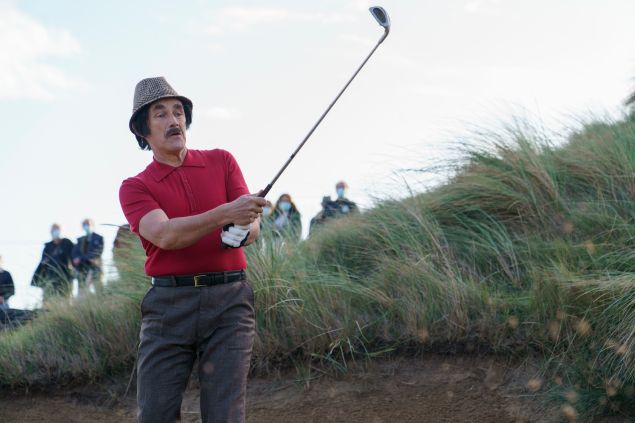 If truth is stranger than fiction then the tale of golfer Maurice Flitcroft may be one of the oddest real-life stories of them all. Flitcroft, a British working class man, became famous for earning the worst score ever recorded at the Open Championship in 1976, leading to him becoming the so-called “world’s worst golfer.” When he was subsequently banned from future Open Championships, Flitcroft dressed himself up in various disguises and used pseudonyms to enter golfing events. It’s hardly the stuff of a Hollywood movie, but in Craig Roberts’ The Phantom of the Open, which stars a pitch-perfect Mark Rylance as Flitcroft, somehow the story is equal parts compelling and endearing.

The film is based on The Phantom of the Open: Maurice Flitcroft, The World’s Worst Golfer by Simon Farnaby and Scott Murray (Farnaby also wrote the screenplay), and it largely adheres to historical fact. Sally Hawkins co-stars as Flitcroft’s wife Jean, a woman torn between supporting her husband and trying to provide for their sons, the eldest of whom is embarrassed of his father’s antics. It’s Rylance, though, who carries the story, imbuing his protagonist with a captivating likeability. Even when Flitcroft risks his family’s well-being for a dream you want to stick with him. He’s openly mocked and derided, but Flitcroft never wavers—he’ll do anything to prove he can be a pro golfer, even if he’s the worst one to ever play the game.

Where the film falters is in our understanding of why Flitcroft is so obsessed with golf. His desire to become a golfer emerges seemingly out of nowhere—he didn’t grow up playing—and it’s not always clear in the movie’s characterization what he wants to achieve. Later, as the gate-keepers determine to keep him out, Flitcroft is driven to prove everyone wrong, a motivation that feels more sincere. Because the film dips between comedy and drama, the tone is a bit uneven. There are laugh out loud moments, mostly thanks to Rylance, but there’s also a deep sadness underneath the ridiculous elements of the story. You have to root for Flitcroft because he has nothing else left, including his children, if this fails.

For all its scenes on the golf course, The Phantom of the Open is not a sports movie in the same way that Happy Gilmore isn’t really a sports movie. Golf is the backdrop, certainly, but what makes this story so engaging is Flitcroft and what he represents. He’s an unlikely underdog of a hero and we love to watch underdogs succeed against all odds. The more people doubt and denigrate Flitcroft, the more cathartic is to root for him. He gives us a vicarious sense of living out a ludicrous dream, which is incredibly satisfying, and he’s especially heartwarming in Rylance’s capable hands. Flitcroft ultimately became something of a folk hero in Britain—viewers get to see the real guy at the end of the movie—and it’s unsurprising why. Who doesn’t want to be lauded for being absolutely rubbish at something we love? The Phantom of the Open is a good reminder that you don’t have to be the best to achieve your dreams. 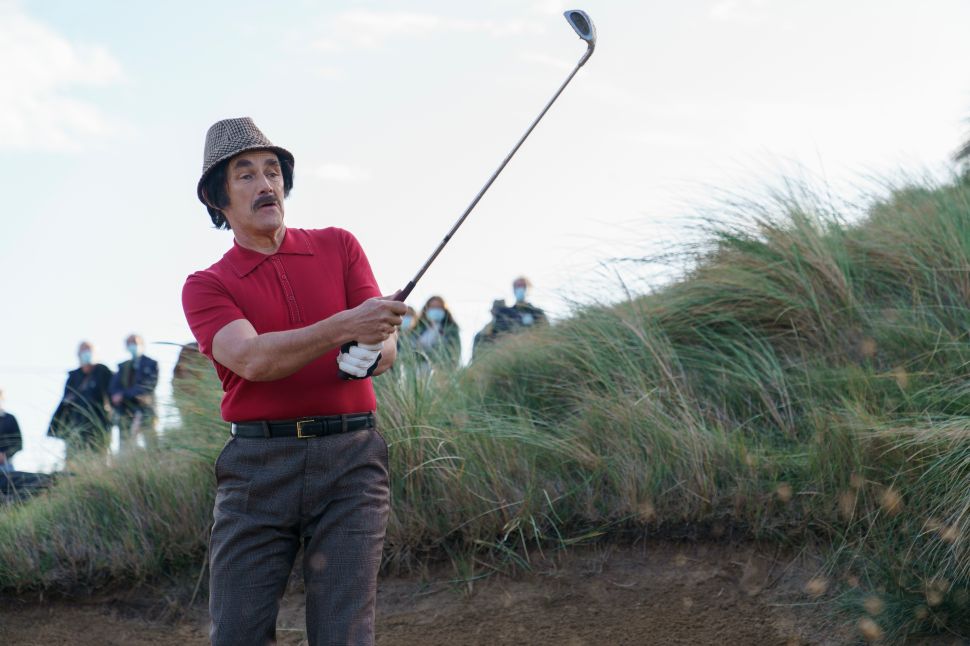