A trader works at the New York Stock Exchange in New York, the United States, March 1, 2022. (Photo by Michael Nagle/Xinhua via Getty Images)jledbetter
By James Ledbetter • 06/03/22 9:41am

At several points in recent decades, there has been nothing in financial markets hotter than shares in a startup before its initial public offering (IPO). Those pre-market shares were usually available exclusively to a startup’s employees, investors, or a small group of friends and family. Within the last few years, however, several trading platforms—such as Forge and EquityZen—have emerged that allow private shares to be bought and sold, attracting hundreds of thousands of investors and billions of dollars a year in trades.

But the IPO market has cooled considerably this year, and many tech startups that have gone public have witnessed dramatic drops in value. The moribund IPO market has created a new dynamic for would-be buyers and sellers. With tech startups putting their IPOs on hold, people who own those shares face the prospect of tying up their potential wealth for longer than they’d originally planned, perhaps for years. For some, selling those shares now may look more attractive than waiting for an IPO that might never come.

“You have an influx of shareholders, relative to before,” acknowledged Phil Haslett, EquityZen founder and chief strategy officer, in an interview. “Whereas two years ago, we probably had the pendulum the other way, far more buyers than sellers.” That changed dynamic implies both lower prices for private shares and lower trading volumes on the platforms. Haslett confirmed that private shares are selling at lower prices, but would not comment on EquityZen’s trading volume.

What was behind the growth in trading private shares?

The growth in trading private company shares is part of a broader tech-driven trend of increasing investor participation in markets that have traditionally included only a small group of insiders. Still. private-share platforms may not be quite as egalitarian as Robinhood; typically they are only open to investors who meet the Securities and Exchange Commission (SEC) definition of “accredited,” a group that is estimated to include more than 13 million American households.

Private share purchases also usually require a minimum investment of $10,000 or more. In addition, because the shares are private, they are highly illiquid and most investors who purchase private shares cannot sell them until the company goes public, which is taking longer and longer. According to data compiled by professor of finance Jay Ritter of the University of Florida, the median age of a company going public in the dot-com boom of 1999 and 2000 was 4 or 5 years; in 2021 it was 11 years.

Despite those investor hurdles, star venture capitalists became very interested in these platforms in the middle of the last decade. Peter Thiel was an early investor in Forge, while Tim Draper was an early investor in both Forge and EquityZen. And the booming stock and IPO markets that prevailed before the end of 2021 created remarkable demand for shares in private companies.

In March of this year, San Francisco-based Forge became a public company via a merger with a special-purpose acquisition company (SPAC). Its SEC filings show the tremendous growth in private share trades; trading volume on the Forge platform nearly tripled between 2020 and 2021, from $1.15 billion to $3.2 billion.

That growth, of course, took place in a favorable stock market and IPO environment. The same SEC filings also show that in the first quarter of 2022, about $418 million worth of trades took place on the Forge platform, down 45% from the same period in 2021. Forge did not return an e-mail request for an interview. 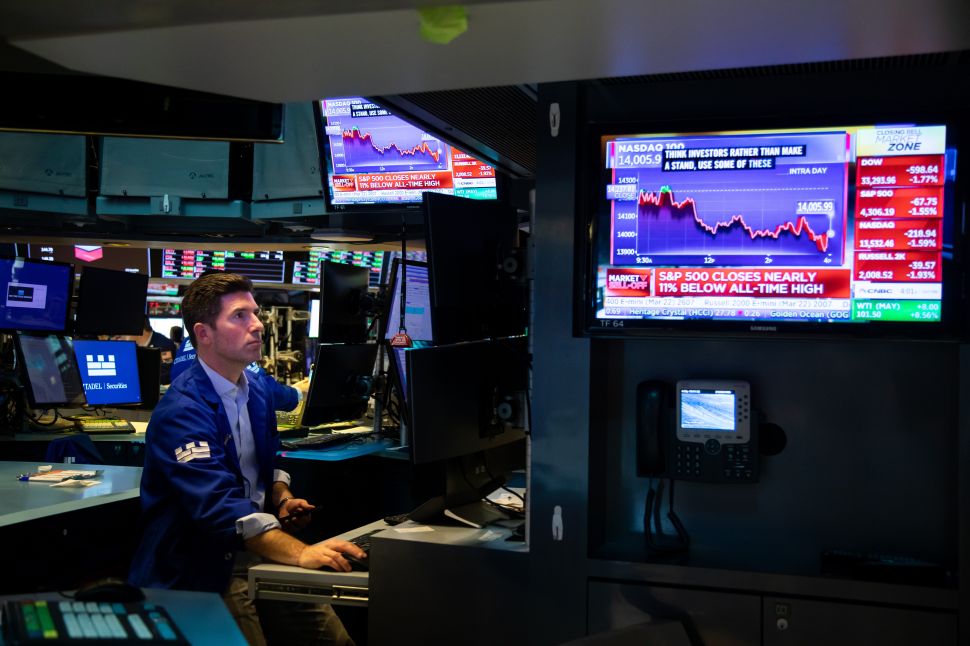