In recent years leaders of U.S. corporations have come under scrutiny for what some Republican politicians criticize as “woke capitalism.” Corporate America, these politicians argue, has become too focused on issues such as the environment, LGBTQ rights, and racial and gender equity. Senate minority leader Mitch McConnell said parts of the private sector were “behaving like a woke parallel government” amid battles over voting rights last year. And in April, Florida’s Republican governor Ron DeSantis revoked Disney’s special tax status after executives opposed a bill banning education about sexual orientation and gender identity, slamming the state’s largest employer for its “woke” policies.

But a new study by researchers at Boston College, Cornell University, and the University of Chicago finds the C-suite is becoming more Republican. The share of Republican executives at more than 2,600 publicly-traded U.S. companies grew from 63 percent to 75 percent between 2008 and 2016, according to the working paper, which was published in the National Bureau of Economic Research (NBER) and hasn’t yet been peer-reviewed.

“Executive teams in large U.S. firms are becoming increasingly dominated by one political party, leading to a political polarization of corporate America,” according to the paper’s authors, who examined the voter registration records of the company’s top executives. While the political makeup of U.S. corporate leaders has long tilted Republican, the executive population has become more homogenous in recent years, with three-quarters of executives affiliated with the Republican party in 2016. That share trended downward to 68 percent in 2020, but still remained higher than it was in 2008.

Partisanship, or the probability that two randomly drawn executives are affiliated with the same political party, increased by 7.7 percentage points between 2008 and 2020, according to the NBER paper. This trend was driven by the rising share of Republican executives, but even more so by a tendency of politically like-minded individuals to congregate on the same executive teams.

The increasing partisanship of the C-suite has implications both for managers and shareholders, as executives whose political views are misaligned with the rest of their team are more likely to depart the company. What’s more, the researchers find these executive exits bring down the value of companies, costing shareholders an estimated $238 million around the average departure.

“We hope that our study raises awareness of the issue of ideological homogeneity in the workplace and, especially, among top-level decision makers,” Elisabeth Kempf, an associate professor of finance at University of Chicago’s Booth School of Business who co-authored the study, wrote in an email.

Despite the C-suit’s drift rightward, the paper does offer an explanation of why at least some companies are taking overtly progressive positions. As executive teams are becoming more polarized, Democratic executives are also “more openly pro-Democratic” than they used to be, Kempf said, showing an increasing tendency to make donations to their political party.

This tendency could provide additional fodder for Republicans seeking to call out companies for taking progressive positions, and distance themselves from the corporations that do so. Though the party continues to dominate executive leadership, trust of large corporations among Republicans overall has declined in recent years. Less than a third of Republicans said large corporations had a positive impact on the way things were going in the U.S. in a 2021 Pew Research survey, down from 54 percent in 2019. 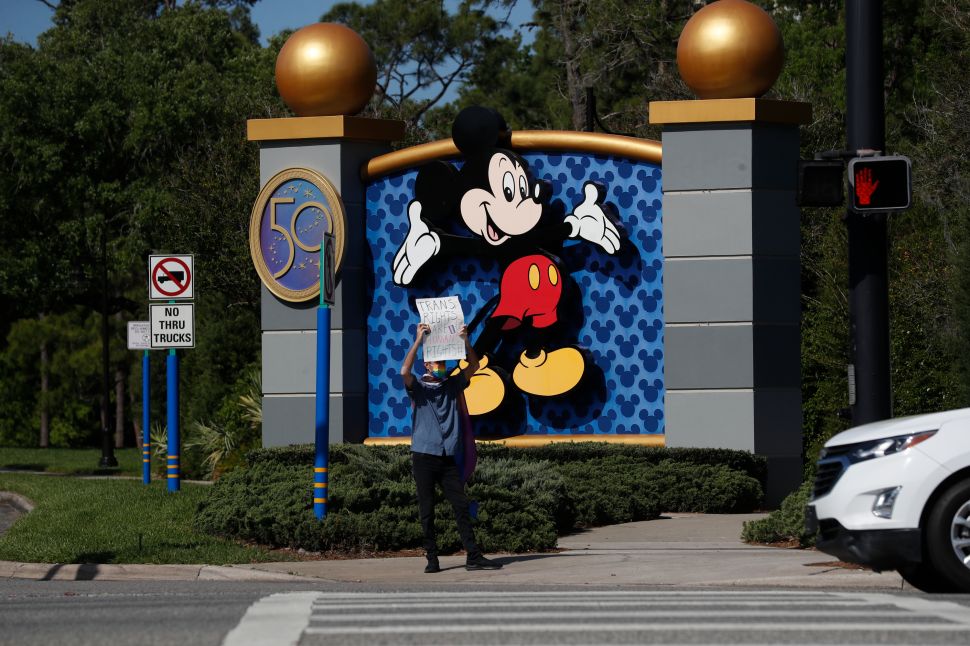