In less than two years, Tesla will likely lose the crown of the world’s largest electric vehicle company, according to a study by Bloomberg Intelligence published June 14. Overtaking it as the company selling the most EVs could be German auto giant Volkswagen Group, whose EV lineup is growing rapidly across several brands and challenging Tesla’s popularity in the world’s largest markets for electric vehicles.

Volkswagen is the world’s second largest carmaker after Toyota by sales volume. Aside from its eponymous Volkswagen brand, the group also owns Audi, ŠKODA, Lamborghini, Porsche and six other auto brands. Its electric vehicle offerings under the VW, Audi and Porsche brands compete with Tesla’s mass-market Model 3 and Y and its luxury Model S and X cars.

Last year, Volkswagen sold about 450,000 electric cars globally. That’s less than half of what Tesla delivered. However, when excluding the U.S.—where Tesla is a clear winner—the two companies are fairly close rivals, especially in Europe and China, the world’s top two markets for passenger EV, according to the Bloomberg report. In 2021, EV sales in these two regions combined were more than five times that of the U.S., per Bloomberg data.

More than 90 percent of Volkswagen’s EVs were sold in Europe (70 percent) and China (20 percent) in 2021. It’s estimated Tesla sold only 10 percent more than Volkswagen in these two markets last year, according to production numbers from its Shanghai Gigafactory, which supplies Model 3 and Y vehicles to China and Europe. Tesla doesn’t disclose sales figures by country.

Volkswagen has a better outlook than Tesla in Europe

Tesla has already established a first-mover advantage in China, but Volkswagen has a good chance to win out in Europe. Bloomberg analysts identified Volkswagen as not only the only legacy automaker with a meaningfully robust EV lineup, but also one with a clear trajectory to profitability.

Analysts closely watch the cost of batteries, the most expensive component in an electric car. Both Tesla and Volkswagen have plans to move battery development and production in house to boost profitability. Volkswagen has committed to building six battery plants in Europe by 2030, and Tesla plans to manufacture batteries at its new factory in Berlin, Germany.

“Automakers in Europe, China and elsewhere will continue to challenge Tesla via an impending wave of new models, though profit incentives are limited amid rising battery costs and a lack of scale,” said Michael Dean, a senior analyst at Bloomberg Intelligence.

Analysts also expect Volkswagen to have ample financial resources to fund future growth—if it can successfully take its Porsche brand public before the end of this year. The spinoff is expected to fetch a valuation of more than $100 billion, more than its parent company’s current market worth. 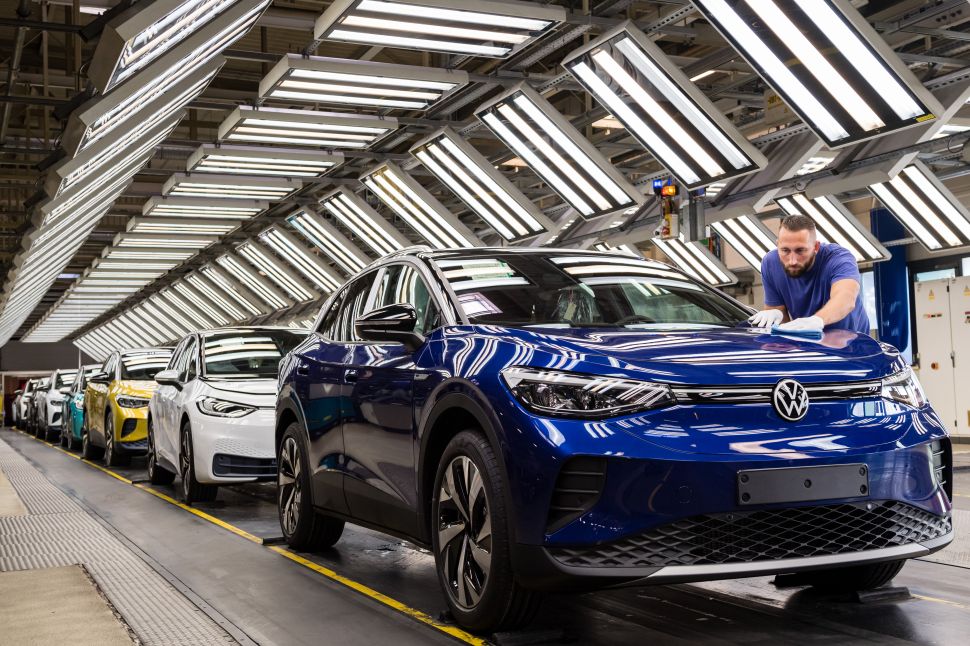