This week’s streaming guide is packed to the brim with movie premieres and, of course, the end of Netflix’s mega-hit Stranger Things Season 4. When you’re done watching the Stranger Things finale, you can stream everything from an Anya Taylor-Joy double feature to the some of the most Italian movies to ever grace American screens. It’s a week of top-notch quality content, so scroll on and get streaming.

For everyone from nostalgic ‘80s babies to diehard Gen-Z fans, the end of Stranger Things as we know it is fast approaching. There are only two episodes left in the season, but that hardly means our characters are strapped for time: the show’s penultimate episode clocks in at 1 hour 25 minutes, while the finale is a whopping two and a half hours. That means there will certainly be enough screentime for some reunions, some action, and plenty of twists. Volume 1 of this season left off with the discovery that Eleven inadvertently created Vecna, the greatest threat Hawkins has ever seen — now all that remains is for her to stop him. Season 4, Volume 2 of Stranger Things premieres Friday, July 1st.

Filmmaker and film lover Martin Scorsese has quite the portfolio, from children’s stories like Hugo to religious historical dramas like Silence. Oh, and the gangster movies, of course — with the classic being 1990’s Goodfellas, starring the late Ray Liotta, Robert De Niro, and Joe Pesci. It’s one of Scorsese’s most lively and tense films ever (thanks in large part to his long-time editor, Thelma Schoonmaker), with a cocaine-infused arrest scene for the ages. The movie is quintessential Scorsese in all the best ways, and it’s one that demands repeat viewing. Goodfellas starts streaming on Friday, July 1st.

For a fascinating and fun new genre shake-up, The Princess sees what happens when a strong-willed young princess rejects a marriage proposal. Joey King stars as the titular princess who ends up locked in a tower for her disobedience, and the actress gets more than her fair share of foul words and fight scenes as she tries to save her kingdom from her plotting fiancé. Medieval action comedies are few and far between, but The Princess looks like a fun cross between The Princess Bride and Birds of Prey. The Princess premieres Friday, July 1st.

If you’ve been feeling there’s been a minor rom-com series drought of late, Hulu’s new series Maggie has got you. The 13-episode comedy follows Maggie, a thirty-something psychic whose most popular topic of fortune telling revolves around romance. Maggie has long sworn off dating, but then she meets a guy who she can see a future with — literally. Having never seen her own future before, this romantic discovery is a real shock to Maggie; imagine her surprise when this same man moves in next door! It’s a fun mix of rom-com tropes with a fantastical high-concept premise, which should make for a great new show. Maggie premieres on Wednesday, July 6th.

If you’re like me, you were all in on House of Gucci from the moment that accent poured from Lady Gaga’s lips like a fine Italian-American wine. This movie has everything: Al Pacino as a grumpy old Italian man, Adam Driver engaging in a brief motorcycle chase across the Swiss border, a straight-up nonsense performance from Jared Leto, and, of course, an instantly iconic turn by Lady Gaga as Patrizia Gucci. Is this movie already a camp classic as well as a genuinely engaging story? I say sì. House of Gucci starts streaming on Friday, July 1st.

One of last year’s trippiest movies comes to streaming this week, and it’s also one of two Anya Taylor-Joy vehicles that HBO is releasing this month. The rising international star plays the mysterious Sandie in Edgar Wright’s Last Night in Soho. This psychological horror film is set across two different timelines: modern day London and its swinging ‘60s counterpart. It’s a sumptuous ode to seedy nightlife complete with Wright’s typical stylistic touch, but the movie is glad to show the nightmarish side to this kind of nostalgia. Last Night in Soho starts streaming Friday, July 1st.

A similarly bloody movie that also stars Anya Taylor-Joy is the sharp and smart 2017 black comedy Thoroughbreds. Taylor-Joy plays Lily, a popular and smart high school student in an uber-affluent Connecticut community. She invites unfeeling childhood friend Amanda (Olivia Cooke) over under some questionable pretenses, but the two girls rekindle their relationship as they plot to stop Lily’s awful stepfather from sending her to boarding school. It’s a twisted take on female friendship, privilege, and mental illness, and it’s a must-watch if you haven’t already. Thoroughbreds will be available to stream on Friday, July 1st. 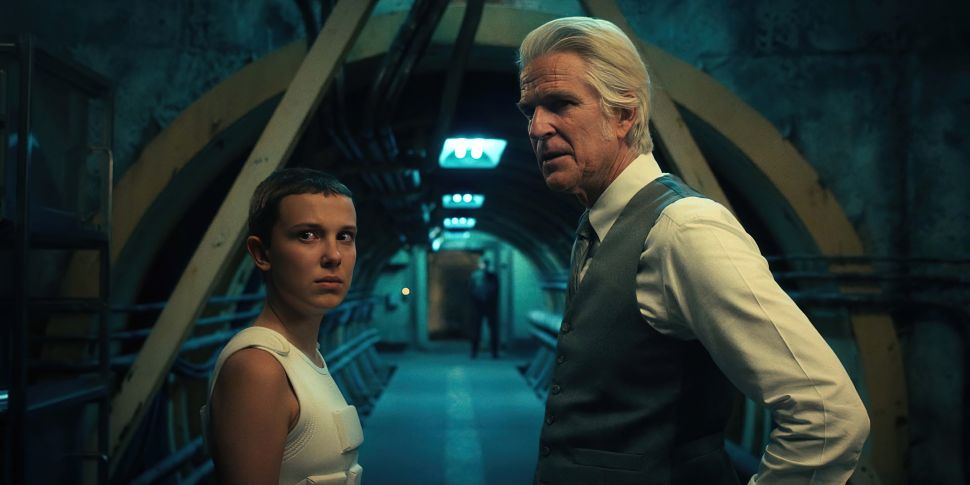