For years the Trader Joe’s in Hadley, Massachusetts, has tinkered with its employees’ working conditions, but those changes started “coming down even faster and harder” during the pandemic, according to Maeg Yosef, an 18-year employee.

Because grocery workers were considered essential throughout the pandemic, Trader Joe’s employees were asked to risk their health to show up to work. While the company did initially provide hazard pay, that ended in May of last year. More recently, Yosef says, management waited seven months to inform workers of a new Massachusetts law requiring companies to give employees who miss work due to Covid up to five paid days off. And last year the company quietly removed guaranteed contributions from workers’ 401K plans, making it harder for employees to save for retirement.

Such decisions “really affect crew members’ daily lives, and yet we have no say in it whatsoever,” she says of Trader Joe’s employees, who are known as crew members. So in January of this year Yosef started approaching colleagues she trusted about labor organizing, and realized there was a lot of support in the store for a union.

Yesterday the Hadley store became the first Trader Joe’s location in the U.S. to file for a union election with the National Labor Relations Board. Like organizers that recently won an election at Amazon, they’re seeking to unionize independently.

About 85 workers are eligible to vote in the election, which would seek to form a union called Trader Joe’s United. Unlike other unionized grocery workers, they aren’t seeking to join an established union like the United Food and Commercial Workers Union, which represents over 1 million workers throughout North America.

“We wanted to have a lot of autonomy and feel like we were building a worker-driven movement from the ground-up as opposed to joining a larger organization,” Yosef says. “We understand our jobs best and we have a unique workplace.”

Workers at other major retail chains have had success with independent organizing in recent months. The independent Amazon Labor Union won an election in Staten Island in April, marking the first labor victory at the retail giant, though they lost a second vote at a separate warehouse. And while Starbucks Workers United has support from a parent union, their campaign is led by an independent organization of workers. Thus far, at least 122 Starbucks stores have voted to unionize since late last year.

This marks a shift from the years prior to the pandemic, says Patricia Campos-Medina, executive director of the Worker Institute at Cornell’s School of Industrial and Labor Relations.

Whereas national unions with experience leading strategic campaigns have traditionally provided employees with the resources to coordinate union drives, “now workers are organically organizing,” says Campos-Medina. She adds that this preference for independent unions may also be driven by the “democratization of information” about federal labor law and the rights of U.S. workers to organize.

“Even the workers at Trader Joe’s, they’re younger, more educated, savvy with social media,” Campos-Medina says. “They can actually go and do their own research, and they’re filing petitions on their own.” For some workers, organizing independently also seems to be a matter of strategy, she says. In the case of Amazon, organizers may have felt they had more credibility among workers if they presented themselves apart from a a big union, and it helped them win an election at the first Staten Island Warehouse.

Organizers face a long road to a contract

Whether the independent approach is sustainable for retail workers remains to be seen, says Campos-Medina. Should workers file a petition for a union election and win, the biggest challenge is then securing a contract.

“There’s no mandate that the company has to bargain,” she says. “This is where having resources and a legal team that is funded is essential for winning.” Campos-Medina says it’s not hard to envision independent unions partnering with a national union once they get to the collective bargaining stage for resources and assistance. Yosef said that while Trader Joe’s United is independent, members of the labor community in Hadley offered legal advice and administrative support to help guide organizing workers in the process leading up to the election filing.

Should Trader Joe’s United win an election, Yosef says she would be thrilled to see other stores join the union as well. “I am anticipating that other stores are looking to see what will happen with our election.”

With its notoriously cheerful workforce, Trader Joe’s has long been considered one of the more humane places to work in retail, though this recent wave of organizing is challenging that image. This week, workers at a separate Trader Joe’s store in New York City confronted management about safety protocol after they said they weren’t alerted of an active shooter threat. And employees at the Trader Joe’s in Hadley have already filed unfair labor charges against management alleging retaliation for wearing union pins.

The U.S. grocery chain, which first launched out of Pasadena in 1967, counts more than 500 locations and 50,000 employees nationwide. Though there has been a movement to unionize Trader Joe’s workers since March 2020, Hadley workers would be the first to form a union.

While Trader Joe’s didn’t respond to a request for comment, a spokeswoman told the New York Times the company “welcomes a fair vote and are prepared to hold a vote.” 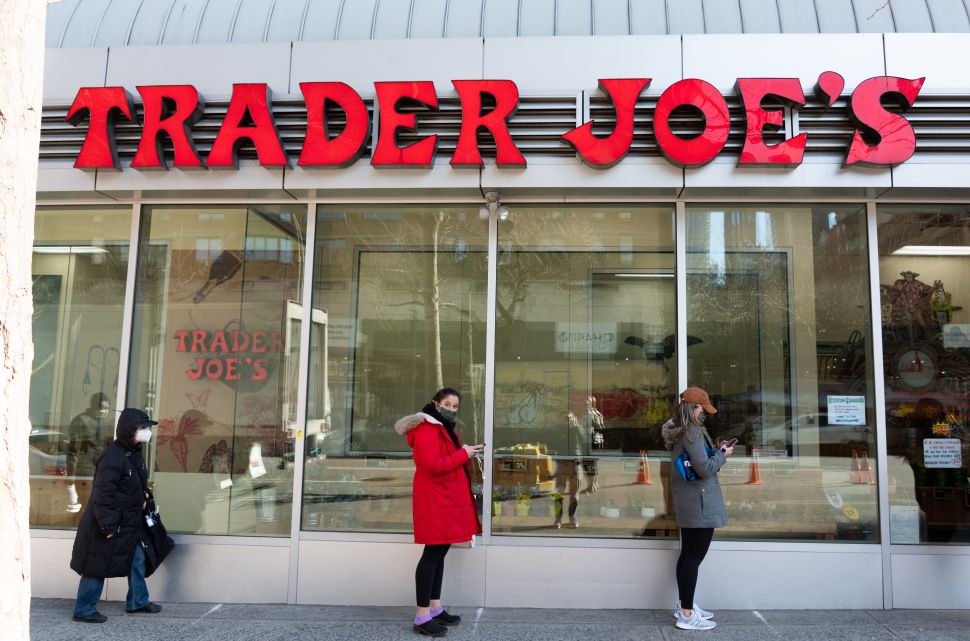