Esteban Chavez Jr., 24, was delivering packages in the Pasadena, California area on June 25 when he collapsed in his delivery truck, according to local news outlet ABC 7. Though the coroner’s office hasn’t yet determined an official cause of death, his family believes he died from heat stroke. Temperatures in the region reached the upper 90s on the day Chavez Jr. died.

UPS said in a statement it was “deeply saddened” by Chavez’s death, adding, “We are cooperating with the investigating authorities and are respectfully deferring questions about this incident to them.” The company didn’t respond to a request for comment.

UPS is one of the biggest employers in the U.S. with more than 360,000 workers, most of whom are represented by the Teamsters Union. While the union has fought to protect workers against the heat with measures such as better venting in trucks, it hasn’t been able to push the company to provide air conditioned trucks.

Even as demand for delivery truck drivers is growing, the job remains dangerous, particularly in inclement weather. Delivery service companies don’t always provide trucks equipped with air conditioning, and the U.S. labor department has limited authority over employers when it comes to heat-related protections.

Driver’s death is reminder of ongoing concerns about heat exposure

At least 107 UPS workers were hospitalized for heat illnesses between 2015 and 2019, an NBC news investigation found. UPS employees who spoke with the news outlet described their trucks and trailers as “ovens,” “blast furnaces,” and “saunas,” and recorded triple-digit temperatures on the jobs.

In some cases heat exposure has turned fatal for UPS workers. The family of 23-year-old Jose Cruz filed a wrongful death lawsuit against the company last October after he died on the job in Waco, Texas, from an apparent heat stroke. UPS worker Stephen Michel collapsed at a facility outside Chicago in 2011 and later died in part from heat stress, though an investigation by the company found “numerous factors unrelated to work that also could have contributed” to his death.

Employees of UPS competitors face similar climate-related risks on the job. U.S. Postal Service (USPS) mail carrier Peggy Frank was found dead in her non-air-conditioned truck in July 2018, on a day when the temperature reached 115 degrees Fahrenheit. At least 93 USPS employees were hospitalized for confirmed or suspected heat-related illness from January 2015 to October 2018, according to a Center for Public Integrity analysis of Occupational Safety and Health Administration (OSHA) data.

Though online petitions have circulated around such incidents urging delivery companies to equip their trucks with air conditioning, many trucks in the USPS and UPS fleets aren’t equipped with it. Most FedEx trucks, which are leased, aren’t air conditioned either, but the company has said the trucks it owns do have air conditioning.

Chavez’s death comes several months after OSHA announced a new program to protect workers from extreme heat. This initiative targets 70 industries with the highest potential to expose workers to heat-related hazards, including delivery services, and aims to perform proactive inspections when the temperature is expected to be 80 degrees Fahrenheit or higher. In the past, OSHA has typically investigated heat-related hospitalizations and fatalities after they’ve occurred. The agency doesn’t have a federal standard for heat exposure, making it hard to require employers like the UPS to implement protections for workers.

Though OSHA has fined both the UPS and USPS for exposing workers to heat-related dangers in the past, the employers have fought the agency in these cases.

Even as the increasing frequency of heat waves makes delivery work more dangerous, employment in the sector is expected to grow by 12 percent between 2020 and 2030, faster than the average U.S. occupation. Shoppers are more dependent on fast delivery than ever, with parcel shipments expected to double over the next five years.

An e-commerce boom driven by the pandemic proved profitable for many delivery services last year, with both FedEx and UPS experiencing a surge in business. UPS posted a record net income of $3.15 billion in the quarter ending last December, and raised its shipping rates by an average of nearly 6 percent this year. 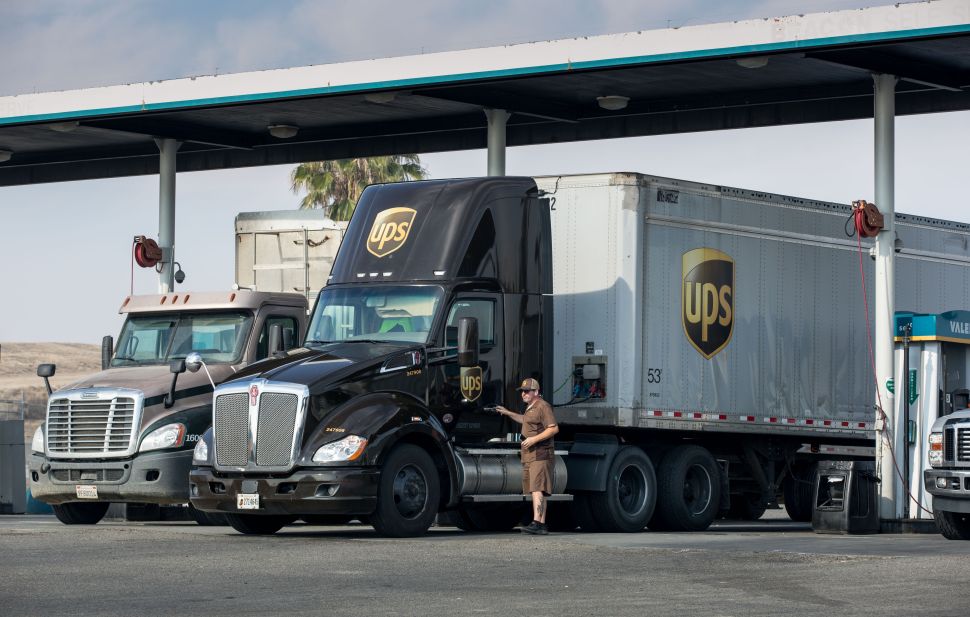