Newly unionized cafeteria workers at the U.S. Senate and Capitol may be laid off this month, a victim of a contract squabble between a Congressional agency and the vendor that employs them.

In November roughly 137 food service employees in the Senate and Capitol cafeterias unionized with UNITE HERE, a union representing 300,000 workers across industries including hospitality, manufacturing, and transportation.

But the workers haven’t yet won a contract, and on July 13 56 workers were told they would no longer have the same jobs in the Senate and Capitol Visitor Center, according to Roll Call. The contractor employing the workers, Restaurant Associates, informed them they could take a job on the campus of George Washington University, or else be laid off on July 28.

This is the second time the food service workers have faced layoffs this year. In April Democratic senators redirected $3.75 million of pandemic funding to avert job losses. It was supposed to keep the workers employed through Sept. 30.

Who is to blame for this turn of events depends on who you ask.

The Architect of the Capitol (AOC), the agency which manages the U.S. Capitol campus and the contract with Restaurant Associates, blames the vendor. Christine Leonard, a spokeswoman for the office, told Roll Call the office was “surprised and very disappointed” to learn the contractor had informed Capitol food service workers of layoffs.

But the Architect of the Capitol may also be responsible, since it directed Restaurant Associates to start making staffing changes last month. Restaurant Associates received word on June 24 from the agency that its contract was being modified, according to an email provided to the Observer by UNITE HERE. The email stated the agency couldn’t guarantee “the funds obligated are sufficient to cover payroll through September 30, 2022, nor does the AOC guarantee additional funds will be made available.” It instructed the food service employer to “manage payroll and staffing to begin to right-size their organization as soon as possible.” The Architect of the Capitol didn’t respond to a request for comment.

For its part, the union blames the Senate, since its needs to approve any restructuring and the necessary funding. Amy Klobuchar, a senator from Minnesota, who chairs the rules committee that has jurisdiction over the Capitol complex, and would be overseeing the new contract.

“Since a wave of layoffs was rescinded in April, Klobuchar has refused to take the steps needed to secure a good contract for the workers,” UNITE HERE said in a July 15 statement. Klobuchar’s press secretary didn’t immediately respond to a request for comment.

And Senator Elizabeth Warren, a Democrat from Massachusetts, is looking for the right person to blame

“There was a clear, unambiguous promise that there will be no layoffs until after September 30, and I want to know what happened,” Warren told Latino Rebels, a Latino news site. 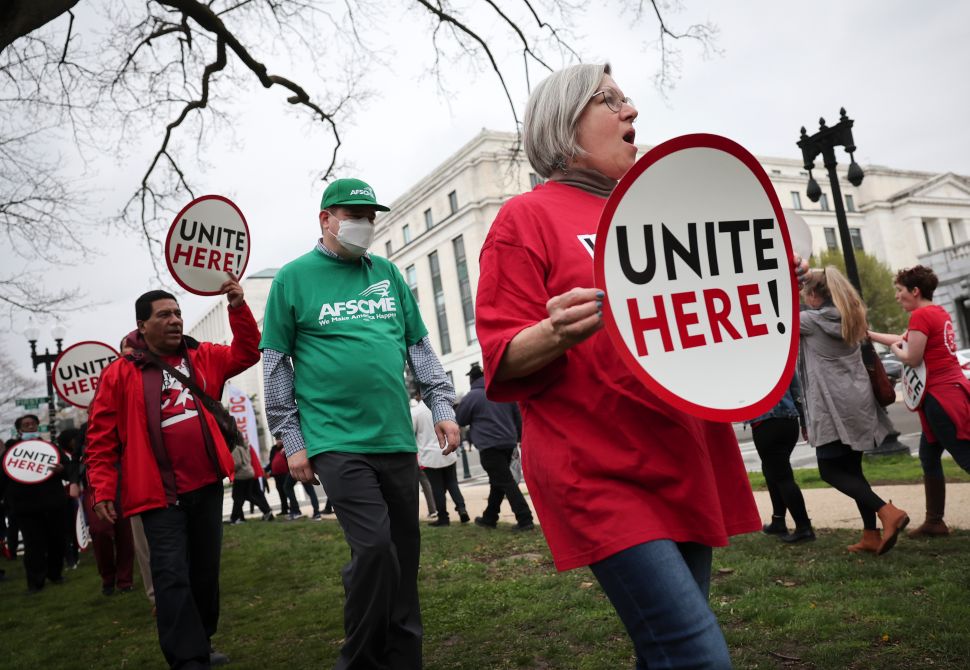