After a Columbia University professor blew the whistle on inaccurate data submitted to U.S. News and World Report’s ranking of top universities, doubts have been cast on the validity of data provided by other top-ranked universities and the ranking system as a whole.

Columbia was originally listed at No. 2 in the 2022 ranking of top universities. However, the school withdrew from participating in next year’s rankings after math professor Michael Thaddeus exposed inflated statistics misrepresenting Columbia’s faculty, instructional spending and class size in a lengthy post. U.S. News has since unranked the school from its 2022 list and Thaddeus said he doubts Columbia is alone in fudging its numbers.

“I think it’s a widespread issue,” he said. “I’m sure the ones that come to light are just the tip of the iceberg.”

A former Columbia student filed a lawsuit July 12 alleging that thousands of students have been harmed by the university’s faulty data. Students were deceived by misreported statistics leading to Columbia’s ranking, and otherwise wouldn’t have applied or paid tuition to the university, according to the complaint.

This is not the first time that university rankings have been embroiled in controversy. Nearly 50 universities have misreported data since 2018, according to U.S. News. Earlier this year, the University of Southern California withdrew its graduate school of education out of the rankings, citing inaccurate data. And in 2021, the former dean of Temple University’s business school was convicted of wire fraud for submitting false data ranking the university’s online MBA program No. 1 for four consecutive years.

“U.S. News’ mission is to provide students with accurate, in-depth data to help them in their school search. We rely on schools to accurately report their data and ask academic officials to verify that data. We will unrank schools if they misreport data that leads to an inflated rank or if their officials fail to substantiate data that U.S. News has reason to believe may be inaccurate,” wrote U.S. News in a statement.

While Thaddeus said he’s heard from a handful of employees at other universities convinced data fraud is also occurring at their schools, he added that concrete evidence is required to back up these kinds of claims. “What I did can’t just be immediately replicated, it needs someone with inside knowledge of the school,” he said. “I spent several weeks working on this.”

After seeing Columbia’s lofty No. 2 spot this year, Thaddeus decided to start investigating the validity of its claims. “I became aware of this gap opening up between perception and reality,” he said. The professor utilized public data from the school, such as its directory of classes, to compare with statistics given to U.S. News. “The institution gave me the rope with which to hang them.”

There are no checks and balances on university rankings

Going forward, universities must redouble their efforts to put out accurate information, according to Thaddeus. Since data given to U.S. News is self-reported, with no checks and balances, he believes a third-party auditor should be involved.

“I would also want them to just withdraw from the ranking,” he said, arguing that linear rankings are a simplistic way of expressing the diverse merits of schools. “Top-ranked universities need to show some leadership. They have the least to lose from being deranked because their reputation and resources are so lofty.”

Christopher Eisgruber, the president of Princeton, currently the top ranked school by U.S. News, criticized the ranking system in a Washington Post op-ed last year. “Those of us who understand the flaws in the rankings must call them out—even when, indeed especially when, we finish at the top,” Eisgruber wrote.

In a statement published in May, Eisgruber further detailed the flaws of the ranking system and called for universities to utilize different methods of data reporting. His post quoted Breaking Ranks, a book written by anti-ranking advocate Colin Diver, former head of Reed College and University of Pennsylvania’s law school. Diver, however, said Eisgruber should go further.

“The president of Princeton publicly condemned the rankings, but he didn’t say ‘Princeton is therefore pulling out of the U.S. News rankings,'” Diver said in a phone interview.

Most cases of misreported statistics in university rankings are revealed through self-reporting from schools, according to Diver, who believes many other cases of disingenuous data just haven’t been exposed. U.S. News likely doesn’t want to spend its resources on independent auditing and is afraid that schools wouldn’t cooperate with a requirement to audit data to qualify for ranking, he said.

“What we need is for a school of Columbia’s stature to publicly say ‘we don’t believe in these rankings,'” Diver said. “Top schools could say that credibly and not lose a single applicant.”

However, he believes the competitive nature of higher education prevents selective universities from doing so. “They’re competing for the best students, faculty, grants, and most of all, they’re fiercely competing for status,” said Diver. “They want to be considered the best. U.S. News has codified what’s the best, and there’s a lurking fear that they’ll suffer if they withdraw.”

Columbia and the rest of the top 10 schools ranked by U.S. News did not respond to requests for comment.

Correction: An earlier version of this article incorrectly stated Christopher Eisgruber’s statement was written in response to the recent news about Columbia’s data misreporting. It was originally published on May 24, before Columbia was unranked. 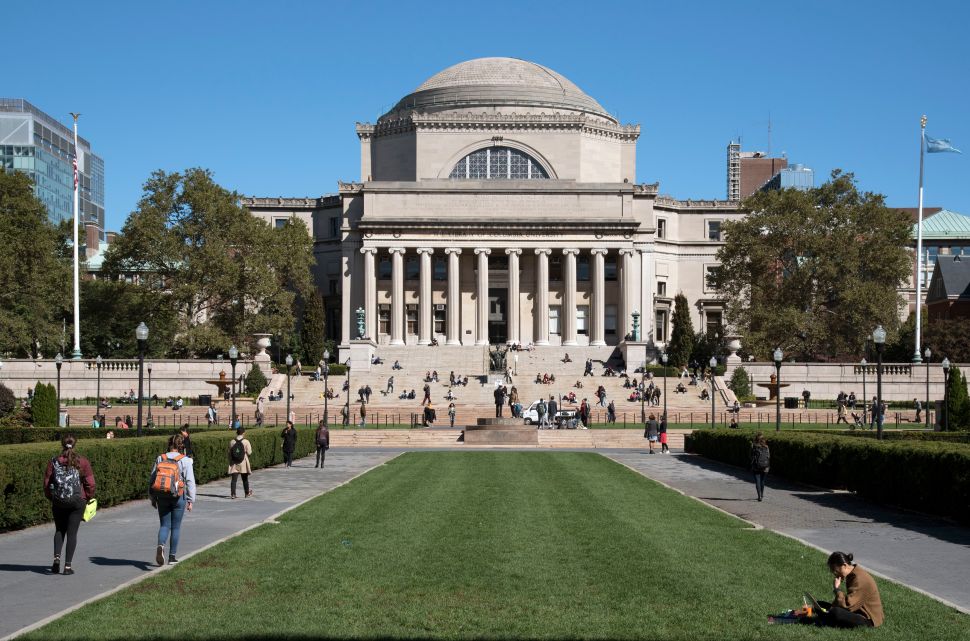