New York State is now accepting its first cannabis retail licenses, prioritizing those who have both significant business experience and been adversely affected by the decades-long war on drugs. It’s the latest step in a sea change in policies and attitudes toward marijuana, which has been at least partially decriminalized in 38 states and the District of Columbia, and Coss Marte intends to be first in line to take advantage of the new measure.

Marte is an excellent contender, by any standard: after serving several years in prison for dealing drugs, he founded CONBODY, a successful fitness brand, and has become a prominent advocate for the incarcerated, speaking out in multiple TedX talks and co-founding Second Chance Studios, a nonprofit that trains former inmate “fellows” in digital media. On outlets like Ellen and NPR, his story is most often told as one of moral redemption, enabled through extraordinary hustle in exercise and entrepreneurship. Marte’s latest venture, a legal cannabis dispensary called CONBUD, reveals that the career he has built is more interesting than a tale of tidy transformation. His work reflects a broad cultural reckoning with what “wellness” means, and has powerfully expanded the ranks of who deserves to benefit from, and define, this amorphous idea fueling a multibillion dollar industry.

I first met Marte in 2017, at CONBODY’s Lower East Side location. A “prison-style bootcamp,” CONBODY was inspired by the workouts Marte began after a doctor warned him that his poor health habits would likely kill him. Mimicking the carceral conditions under which he had trained himself, and then other inmates impressed with his physical transformation, Marte built a business that starkly contrasted with the elitism of most boutique fitness studios: lockers without locks, classes taught exclusively by formerly incarcerated people, all with minimal equipment in an unadorned basement designed to resemble a cell.

At first, I was wary. The typical boutique fitness consumer is white, affluent, and female—also the demographic least likely to be incarcerated. So something felt a little off about this soignée set snapping pre-workout mugshots and thrilling at “doing the time” (CONBODY’s slogan) exercising among formerly incarcerated people, mostly men of color, on essentially a mock prison set. The Real Housewives even filmed an episode there. Marte assured me that the greater good of employing former inmates, and in the wholesome world of health and fitness, outweighed such concerns.

Five years later, it seems he was right. CONBODY is thriving: still employing formerly incarcerated people, now live-streaming classes, and keeping prices below industry standard, no small feat given the pandemic’s crushing effect on the industry. In decoupling luxury from boutique fitness, and unapologetically tying social justice to the pursuit of sweat, CONBODY accelerated a palpable, positive shift in this once blindingly white, and blithely apolitical, world. When Marte opened CONBODY’s doors in January 2016, “no one thought criminal justice was a sexy cause,” but after Donald Trump’s win a few months later, women and minorities signed up in droves for self-defense classes, and many more self-consciously sought solace and solidarity in movement.

CONBUD feels like the perfect convergence of Marte’s activism, entrepreneurship and another recent culture shift: the evolution of cannabis from a controlled substance associated with addiction and immorality to an FDA-approved wellness commodity prescribed for pain and infused in beauty balms and serums. Marte envisions CONBUD locations in the South Bronx and the Lower East Side, two of several neighborhoods overrepresented in drug arrests. Patrons will be welcomed with video histories of the neighborhoods and the decriminalization movement, produced by formerly incarcerated Second Chance Studio fellows, and playing on floor-to-ceiling screens. They will be able to purchase carefully sourced and grown cannabis products accessorized with a bespoke line of rolling papers and lighters imprinted with explanations of the CONBUD mission. Eventually, one location would have a CONBODY gym upstairs and below, a CONBUD dispensary where clients—who Marte finds increasingly open, “even the Westchester moms,” to marijuana use—can recover after they exercise. Marte wants to create the sense of community he has seen take shape at CONBODY, where a premium experience comes without pretension: “Yes it’s bougie, but it’s about building trust, in each other and the formerly incarcerated people who work there. That’s my whole mentality.”

Declining stigma around marijuana use as a way to unwind indeed makes this an opportune moment for CONBUD, but this image upgrade is more significant: cannabis is now solidly established as promoting wellness in a way once unimaginable. Historian Emily Dufton, author of Grass Roots: The Rise and Fall and Rise of Marijuana in America told me that this rehabilitation has been decades in the making. During the 1970s, decriminalization, mostly justified from the perspective of personal freedom, had broad political support. But parent activists successfully argued that children’s right to a drug-free youth superseded adults’ privilege to indulge, Dufton said, and “the drive to decriminalization was dead.” The Reagan administration institutionalized this moralistic outlook in its punitive “War on Drugs,” and in the 1980s, marijuana declined in popularity and receded from a political debate more preoccupied with the harms of crack cocaine.

Yet in San Francisco, “marijuana started bubbling up again,” Dufton explained, but this time for its medicinal use with HIV-AIDS patients. California then passed the Compassionate Use Act in 1996, legalizing medical marijuana and legitimizing it as more than “a folk remedy.” A decade and a half later, the decriminalization movement received another boost: the publication and enormous popularity of legal scholar Michelle Alexander’s book The New Jim Crow: Mass Incarceration in the Age of Colorblindness, which dispensed with the public health rationale for the “unprecedented punitiveness” of anti-drug policy: “arrests for marijuana possession—a drug less harmful than tobacco or alcohol—accounted for nearly 80 percent of the growth of drug arrests in the 1990s.” Combined with the tax revenue generated by legalization, these developments have meant, in Dufton’s observation, that in addition to storefront dispensaries selling products to “get you high as a kite, I can literally walk into Safeway and there’s a row of beauty products marketing themselves as infused with CBD this or that, which doesn’t require a license. It is just not seen as so transgressive.” The magnitude of this transformation, and the irony that the latest expansion of Marte’s brand involves selling the very substances that first sent him to jail is not lost on him: “Back when I was 13 and first arrested for marijuana, never would I have thought this was possible.”

This is not to say his path ahead for CONBUD or the broader movement is easy, or obvious. Despite increasing acceptance across demographics, Dufton said, some Americans remain deeply suspicious of the “devil’s lettuce.” Marte’s own mother is skeptical of his getting back into a business—albeit in a very different form—that caused his family and community so much pain. More than half of New Yorkers are specifically opposed to prioritizing licenses for people with prior marijuana convictions, although support is higher in New York City. Even in places with robust advocacy for legalization and “social equity” provisions meant to benefit those most affected by anti-drug policy, like California, it doesn’t always work out that way. Cartoonist Brian Box Brown chronicles how the bureaucracy and expense of obtaining a dispensary license can mean that established investors with access to capital and bureaucratic savvy often possess extraordinary advantages that shut out small operators. Indeed, the first dispensaries that opened in New Jersey this spring were all white-owned.

And how does Marte think that this latest career venture fits into the “drug dealer-to-fitness trainer” story so central to his public image? “Now it’s ‘from drug dealer… to drug dealer’, I guess,” he exclaimed, laughing. Turning serious, he reflected, “This is 2022, and it’s a totally different time. I am here as an advocate now, with a credible business. I am here to change this storyline, fight this stigma, and create a community. That’s the biggest legacy I can leave behind.” 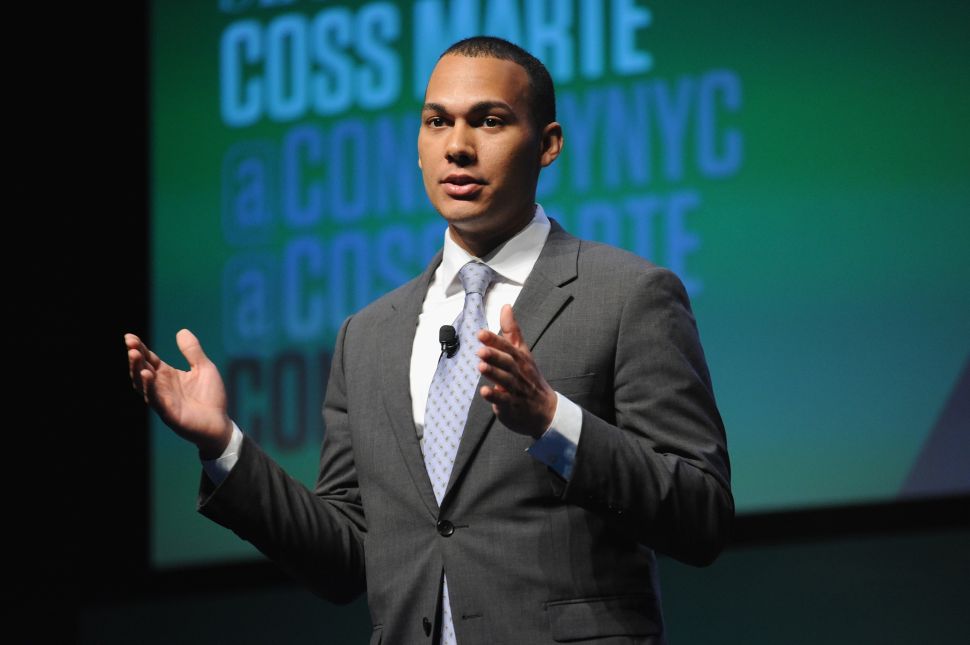