Eli Rallo is a 23-year-old living in New York City who revisited her favorite childhood family activity during the pandemic which led to a viral TikTok and subsequent stream of ‘jar content.’ Now two years later Rallo (534.1K TikTok followers) with a book deal in development at HarperCollins, a podcast, and brand deals, knows a thing or two about shifting gears.

Observer: What made you make your first TikTok?

Eli Rallo: Similar to a lot of other content creators in New York City. I was just messing around on TikTok during the pandemic and went very randomly viral. So it was not intentional. I never kind of thought that this would happen. So it was very pandemic Tiktok success story.

How did you pivot from one type of content to another?

I’m very lucky that it was a bit seamless for me. I posted when I left home to New York City. And I just told everyone on Tik Tok I’m not gonna be posting as much jar content. So if you want to unfollow me, kind of unfollow me now sort of a thing, and more people ended up following me. So that was really crazy. And I completely didn’t know that that was ever going to be a thing. I feel like they embraced the switch in content which was really great.

What types of brand deals do you normally do?

It’s a mixed bag, some fashions, skincare, I do restaurants, broadway shows entertainment. I do Spotify, Amazon Prime, Google. It really depends. Like, I’m really lucky that I’ve positioned myself in a place where a lot of different brands feel inclined to work with me.

Were you expecting TikTok and social media to be your full time job? How has that worked?

I was kind of just doing trial and error. I knew I had two great degrees in case I needed to go back to the corporate world and also have an immense amount of family privilege. That was an obvious safety net.

So I decided, you know, I’m going to try this out, and then TikTok and Instagram were my full-time ways of making money for a while, and then my podcast became monetized. So now that makes a bit of money, and my primary source of income is the advance from my book deal.

What has your book journey been like? How did you get approached to write this book?

I was publishing a lot of my writing on a Substack, and then my agents now saw it and reached out to me. They said they noticed that I wanted to write a book and that they were super inspired by that, and they loved my writing style and would love to talk about something.

What is your book specifically about?

It’s called I didn’t know I needed this. And it’s a full relationship from start to finish. So part one is about getting into relationships. Part two is about relationships themselves. And part three is about our relationship to ourselves. It’s a lot about ways that I made mistakes and ways that I messed up and kind of what I learned from it going forward and how I hope to apply those things in the future and what I’m learning as I go, so it’s very, it’s personal essay style, narrative nonfiction, and it’s a little bit of stories, a little bit of advice.

Since the pandemic there’s been a trend of “real” and more authentic influencers, what’s your take on that?

​​I never want to claim that I am myself, you know, because I want to make sure that I’m like being humble and also remembering that like my life is really aspirational and might not be as relatable as some people are saying it is for them. So I think something about it for me is just being authentic to myself every single day.

I want to be a writer, and I’m hoping that people will really invest in my writing when the time comes. 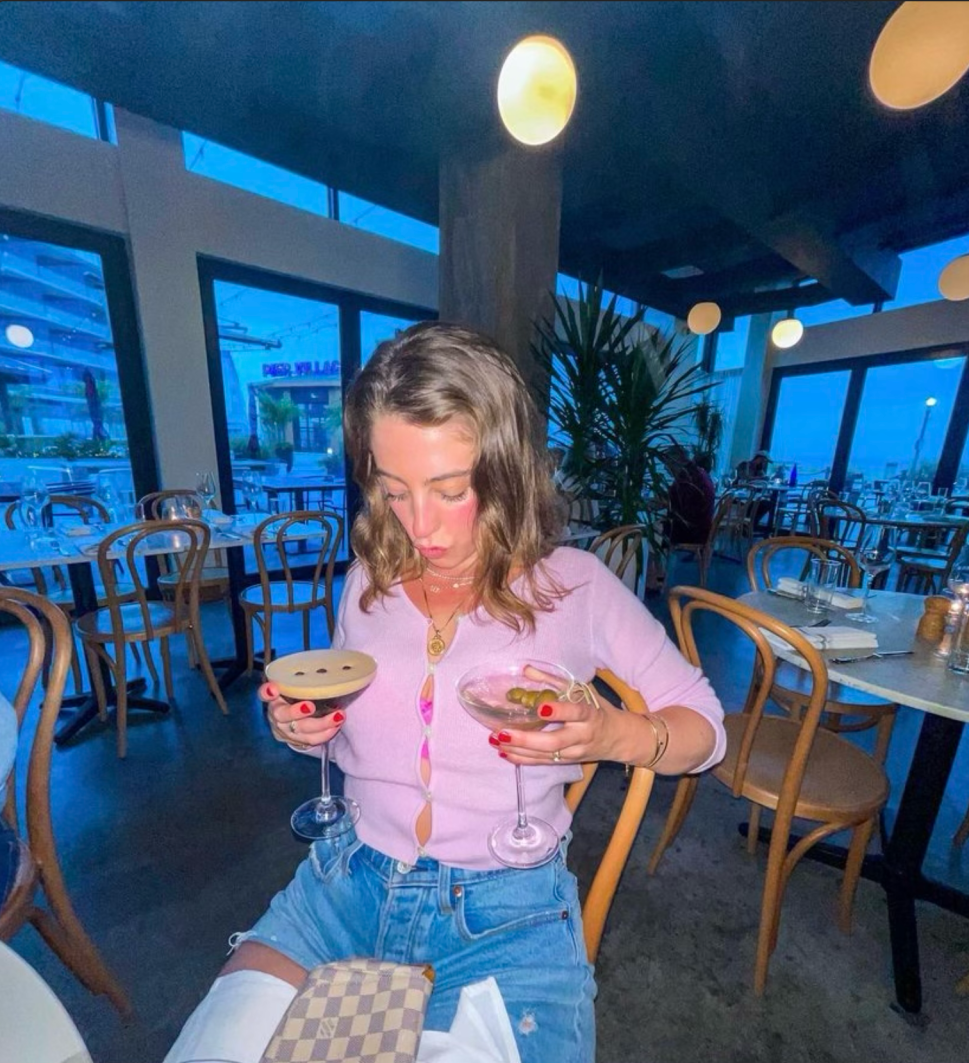