Even before Russian troops rolled into Ukraine’s border, a hastily self-organized group had come together to fundraise for Ukraine and provide financial support. It organized itself as a decentralized autonomous organization, or DAO, with a constitution that outlined a set of values, goals, and decision-making protocols defined in the model of a “holacracy,” without a strict management hierarchy. In less than a week, it raised several million dollars from backers from around the world. Within a month, UkraineDAO had crowdfunded over $8 million in Ethereum-based tokens, and weeks later, Ukraine’s Ministry of Digital Transformation of Ukraine announced over $60 million had been raised via cryptocurrency donations.

The efforts in Ukraine have established a proof-of-concept for fundraising in support of other causes. These groups are now proving that loosely connected, geographically dispersed, and democratically organized groups can effectively assemble around political causes.

Although DAOs are in their infancy, they are being used as a vehicle for internet advocacy. It is a novelty of the current Web 3.0 movement—internet-based communities making use of tokenized governance. In theory, DAOs distribute decision-making to communities and solve the problem of how to most effectively align people, resources, and capital online. They can be structured in limitless ways to allow for many individuals to collectively control an organization’s mission and treasury through the possession of tokens. These token holders, in turn, can then determine the protocol for decisions that are encoded as smart contracts.

What are the political uses of DAOs?

Since UkraineDAO, dozens of similar experiments with fundraising and DAOs have emerged. They offer a glimpse of what could be unleashed in terms of political participation. DAOs such as VC3 have launched to fundraise for venture capital deals, and platforms such as Endaoment have made it easier to solicit crypto donations.

Fast forward to other current political events—the overturning of Roe vs. Wade—and new DAOs are now coalescing around other salient causes. ChoiceDAO, has explicitly set its targets on expanding and fundraising for reproductive rights. Another that is looking to donate the proceeds of an NFT collection, CowGirlDAO, was inspired directly by UkraineDAO’s success. Yet only months before UkraineDAO, the best example of a DAO’s potential was ConstitutionDAO, which pseudonymously and anonymously raised $47 million in Ether with a single intention: to buy a rare copy of the US Constitution that was up for auction at Sotheby’s. It was unsuccessful in its bid, but dramatically displayed what DAOs can do.

“DAOs are the future of activism. You tap into a global network,” Reshma Saujani, a founding member of ChoiceDAO and the founder of the nonprofit Girls Who Code, shared recently on an online town hall. The trajectory of DAOs into politics is to be expected. If Web 3.0 was born as a response to the centralization of corporate internet platforms, this “Social Activism 3.0” is a counterinfluence of super PACs that have dominated American politics. In an age of dark money—PACs raised $5.2 billion in the 2019-2020 election cycles—this visibility of monetary influence can be heartily welcomed.

How are DAOs legally structured?

For legal reasons, DAOs are often incorporated as LLCs, with nonprofit entities establishing themselves as “unregistered nonprofit associations,” capable of taking in money and being recognized as general partnerships with legal protections in the court system. Alex Taub, a Web 3.0 pioneer and the founder of a Miami-based startup Upstream, launched Illuminati DAO this year to help introduce artists to Web 3.0 projects through scholarships, grants, and galas. The DAO raised $7 million in Ether, half of which went to a multisignature DAO-controlled wallet. There are three founders, an additional team of 10 members, and a DAO council of 19 people who vote up or down on proposals for governance and action. The group has plans to seek foundation status as a 501c3 as they “continue to create value for members.”

“Right now the present looks like investment clubs because you can pool together money to buy stuff,” Taub told the Observer. “But there’s totally a future of government, politics, and DAOs.” The move toward DAO transparency would be unprecedented: all decisions and spending happens on-chain ushering in light for a political era that has been marred by dark money.

“I can see a future where you could see your local government on-chain and you can see what gets voted on. It would look like corruption if it isn’t on-chain,” Taub said. In fact, one recent journalistic investigation revealed that a former top-aide to Rep. Alexandria Ocasio-Cortez (D-NY) formed a political action committee, and so far, nearly all of the money raised has gone toward salaries and hotels. Could DAOs help prevent this sort of behavior?

With a DAO, a governance model layered on top of engagement steers an organization, and so funds raised in support of a bill or politician come with an asterisk: donors, supporters, and the public are expecting more clarity and involvement. “It shouldn’t just be about capital. How are people getting engaged?,” Saujani asks. DAOs could choose fundraising as a project on IndieGoGo or Kickstarter, but this would come at the expense of actively enhancing participation.

In the meantime, as these experiments in democratic participation continue, the benefits of DAOs are promising: increased transparency around political activities, expanded engagement of supporters beyond the executives or boards, and leaps in innovation in governance.

As tokens become votes, community-led decisions will happen on-chain with maximal oversight. And as political DAOs expand, they could soon be a long overdue root and branch reform of PACs in US politics. 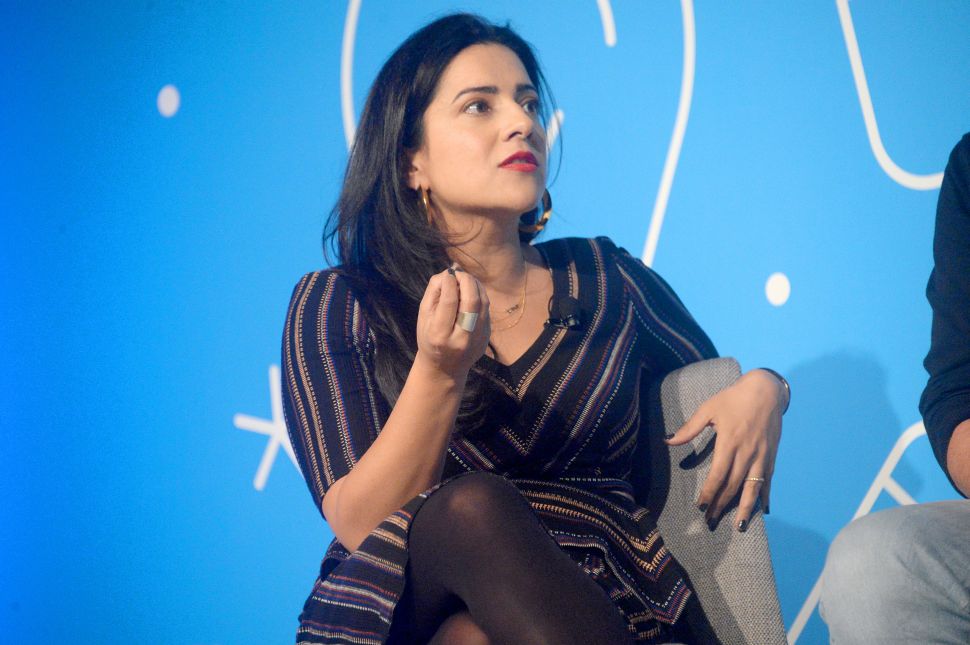