There’s a deep sense of humanity and understanding in Ali & Ava, an understated love story from British writer and director Clio Barnard which touches on real issues of parenthood, loss, connection, and grief. Its two protagonists initially seem like unlikely leads, but they embody a grounded emotional warmth that feels genuine.

Ali (Adeel Akhtar) is an amiable guy living in Bradford, a working class city in the north of England. He’s a wannabe DJ and musician working as a rent collector, and the opening shots of him dancing to a beat-heavy track atop his worn-down car are striking. Ali is reeling from the revelation that his wife Runa (Ellora Torchia) has decided to leave him, but because they haven’t yet told anyone the former couple still lives in the same house. Meanwhile, Ava (Claire Rushbrook) is a teacher’s assistant with five kids and several grandkids. Her husband is dead, but it’s for the best as he was an abusive alcoholic. She’s a sincerely nice person trying to make the best of her circumstances, which are mediocre at best.

As this is a love story, Ali and Ava click almost immediately, bonding over a shared interest in music, albeit very different music. Both are lonely and weighed down by baggage—Ava’s from her husband and Ali’s from a loss he shared with Runa. They’re initially uncertain of the fledging relationship, especially as Ali still appears to be married, but the walls slowly come down. Via Barnard’s lens, which hovers over the characters’ faces and often reveals them through droplet-covered windows, a tangible intimacy unfurls. There’s no pretense or rose-colored glow; these are two middle-aged people finding each other in the way real people do.

Barnard is known both for her documentaries and her narrative films, but she captures Bradford and its inhabitants with a socio-realistic style that befits the former. It makes complete sense to learn that the filmmaker was inspired by two actual people she met while making her prior films, 2010’s The Arbor and 2013’s The Selfish Giant: a DJ and landlord living in Bradford and a teaching assistant at a local school. She reveals Bradford, often characterized as an impoverished city, as a tight-knit, kind-hearted community. While there are racial divides, notable when Ali’s sister judges him for spending time with a working class white woman, Barnard clearly wants to give the city a spotlight it hasn’t had before.

This isn’t the type of romance where someone makes a grand gesture or big, dramatic moments unfold. Both characters have fully lived-in lives and we see only snippets, each giving a broader sense of who they are and what they’ve been through. The biggest hurdle comes in the form of Ava’s son, Callum (Shaun Thomas), a teenage father who seems to have inherited some of his own dad’s anger. He’s furious to see Ali together with his mother, but despite her pain Ava refuses to allow herself to be bullied again. Without question, both protagonists simply accept the other’s flaws and histories. Ali doesn’t walk away when Ava opens up about the pain of her past, nor does Ava when he does the same. In that way, the story has an open-heartedness that is both optimistic and authentic. For Barnard, happily ever after means companionship and tenderness alongside an acceptance of the realities of individual lives.

Ali & Ava is a gentle, emotionally-charged drama that doesn’t placate the viewer with unrealistic ideas about love. For these characters, love is listening to music side by side. It’s holding someone else’s pain. It’s being there for unextraordinary moments, as well as the important ones. It’s being together with neighbors and friends. And, ultimately, it’s accepting that we’re all a little bit broken, but we’re less so when we accept the support of others. 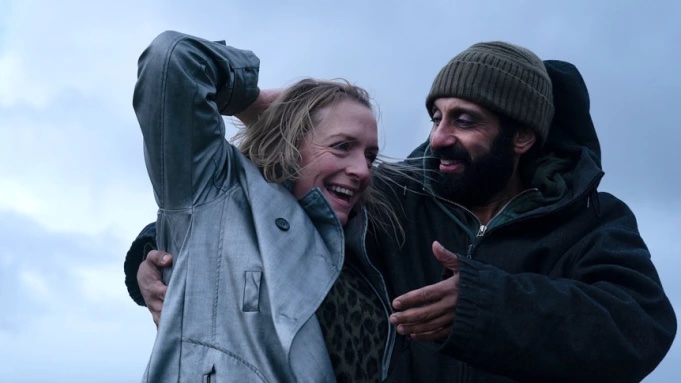