Ten days ago, I fell while working on my house in the mountains. A helicopter flew me to Albany, where I found I’d broken my pelvis in three places, had a small brain bleed, a concussion, and a bruised arm so bad it grossed out a nurse. Alone in a room and too far away for family to get to, all manner of people came in and out at all hours. I looked at it as a puzzle to solve, like I do in video games. How do I deal with a bigoted nurse, move without the most pain, or get all my questions answered by doctors with too much on their plates?

A few minutes into Stray, a game featuring a cat, I related to the orange-and-white protagonist as he desperately clung to a black cliff. As he fell into darkness, fellow felines watched in horror, unable to help. On the ground, he limped for a few seconds, then was fine, because of the nine lives thing. The environment moved from a lush but perhaps polluted setting to one of cyberpunk sewers of emptiness. Once the cat — or you, since you play as this tabby — reach Dead City, with its neon signs and fallen robots, it’s clear this isn’t just a cat tale. It’s a science fiction story told in short chapters.

Stray, published by Annapurna Interactive and created by the France-based BlueTwelve Studio, gets a lot of things right. The generally curious cat keeps on going, moves realistically and emits varied riffs on “meow” with the press of a PlayStation 5 controller button. On his journey, he might stop to drink or scratch his nails on a lush rug in an empty apartment. I noticed early on that the cat’s tail didn’t puff up big in piloerection when he was frightened. Nor did his tail move straight up when he was happy and confident. Game cat wasn’t exactly cat-like, and that bothered me for a while.

But BlueTwelve never ever stated that Stray was going to hyperrealistic. It’s essentially a third person adventure game with some vertical platforming, jumping and running inspired by something as early as Donkey Kong. To add a more current touch, the developers must have been stirred by the mysterious environments and action within games like Uncharted, The Last of Us, or Cyberpunk 2077. The cat dutifully jumps from concrete wall to tin roof, passing near strings of lights. You notice that when he meows, the nearest string of lights turn on and off, a harbinger of the sci-fi weirdness to come. He can also pick up things and drop them to, say, halt a fan he can then slip through to progress. He’s wiley enough to insert a number of batteries along floor plugs to start up a computer. The puzzles aren’t brain-flayingly tricky. Still somewhat concussed, I like it that way.

I don’t usually care about small innovations in play because I prefer advancement in game narrative. But in Stray, when you need to jump over three or four stones in a row you can just hold down the X button on the controller. And the cat goes jump, jump, jump. This made me happy, since I knew my hands and arms were going to hurt bad as I played. Fewer movements make a difference to me right now. I also appreciated the fact that there wasn’t much peril in jumping from wall to roof. That cat rarely fell off.

The fiction gets more intense as you try to evade what initially look like small, mouse-like beings growing everywhere in an alley. They mob up try and chase you down. These are actually nasty enemies called Zurks. You have to frantically shake them off before they kill you. I was killed four times before realizing a zig-zagging style of running got the job done.

A few levels later, in a computer room, you meet B-12, a hovering robot helper and sidekick that gives the cat a vitamin-like boost of intelligence, fills him in on the what’s happened to the world, and gives him a smart-phone-like computer attached to a vest. (At first the cat does not like this, falls over, but deals with it.) Initially on seeing this, I was deflated. I would have preferred just being the cat sniffing around within this seemingly dead world. But the narrative artists and game makers want to elevate the tale and make the world feel less lonely. In fact, as you’ll discover, it’s not unpopulated at all.

It’s absolutely nothing new in games to play as an animal that appears realistic. Off the top of my head, the first mystery game I remember to have a realistic, animal eye’s view was Nintendo’s Geist, where you possess a dog to move through small spaces. Nintendogs + Cats let you pet cats virtually and help them grow. Stray is not the next big thing in terms of innovation. But it’s a very, very tight game wrapped in a story stippled with empathy. As you move through the mystery and have some feline recollections, you realize this feline being is not really cute. The ardent, nameless cat is endeavoring to move forward in life, trying to survive as it solves a mystery, and then, with B-12, get back home. It’s not easy and their lives can be sad. But the cat abides, like me, as I try to recover and return home to a land of health.

Another puzzle-based offering of note is Escape Academy, a game inspired by the escape room trend of a few years ago. I never liked the idea of being trapped in a claustrophobic room with potentially bad-smelling others, trying to procure clues to get out, and I liked it less during the pandemic. But I enjoy Escape Academy because it doesn’t require me to leave the house (with a walker, I can’t leave much now, anyway).

This nicely-priced game is the first published by iam8bit, a 17-year old, Los Angeles art collective which has broadened its scope to become a media company. There’s a plethora of puzzles here, all wrapped up in a story in which you attend a school to become the best Escapist. It’s a sometimes-enthralling game to play on the couch with pals or online as well. It’s also character-rich, but without a lot of recorded dialog. Rather, you’ll read a lot of text as if this were an older Nintendo DS game.

The writers show their love for the pun-filled games of the past. While the timed puzzles become harder and harder, the humor pretty much stays the same. It’s a happy distraction, at first. Then, it becomes too much. Comedy is the hardest thing to pull off with game narrative because nuance and subtlety is still something writers struggle with as game developers try to coax you with excitement to get to the next level.

Solving the brain busters in one room permits progress to the next. You feel satisfaction and, sometimes, pride. You’re given letter grades and receiving an “A” is the goal. Adding features like “Hack The Professor” lets you compete against game’s A.I., another reason to gloat or just utter “Phew!” if you win. The “Do Not Drown” mode sadistically places you at the bottom of a tower which fills with if you can’t ascend to the top quickly enough.

If you hurry through Escape Academy, you may become frustrated and give it up altogether. It’s better to savor the game over time, puzzle by puzzle. You’ll not only get a sense of fulfillment and accomplishment, those puns won’t be quite as overwhelmingly annoying. 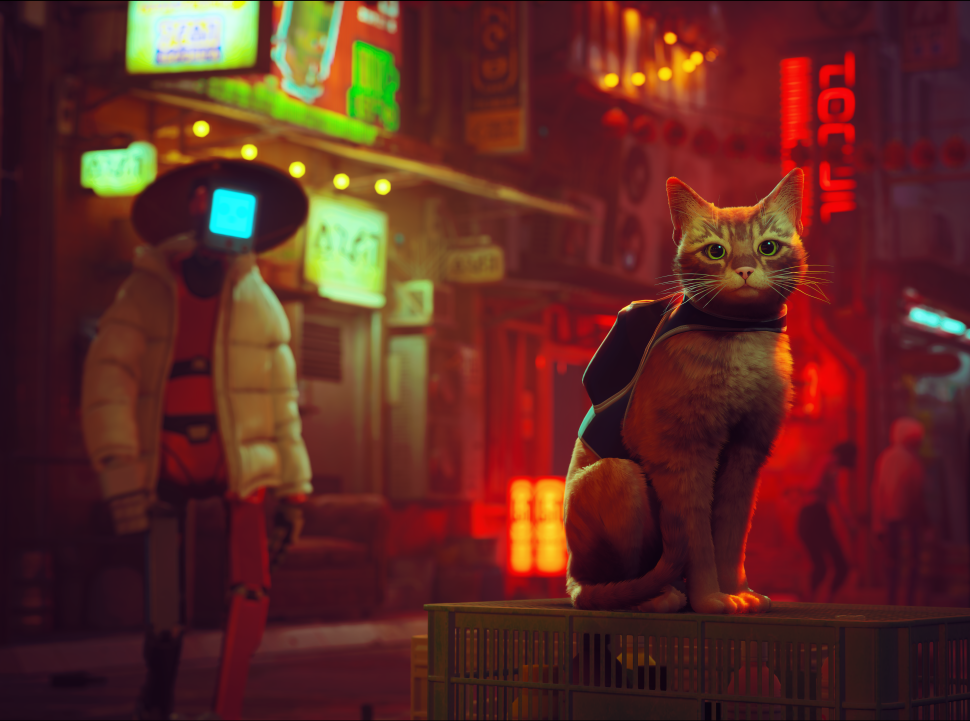