A lucky few will soon have the opportunity to join The Row, an exclusive master-planned community within the metaverse. The invite-only community, which will launch later this year, plans to display virtual architecture designed by renowned artists, which only members owning the correct non-fungible tokens (NFTs) will have access to.

Meta (the company formerly known as Facebook) has already filed a patent for using NFTs to restrict access to resources (such as videos or metaverse communities), and this is not the first metaverse venture emphasizing exclusivity and luxury, but one of the first to do so in a planned virtual community. The Row was engineered by digital real estate firm Everyrealm, which in 2021 launched a series of virtual islands in the first-ever master-planned metaverse community. Called Fantasy Islands, the metaverse land has sold for nearly $400,000 on the secondary market, according a press release from the company.

Interested parties can request membership to The Row on its website where each application will be carefully evaluated, according to statements from Everyrealm CEO Janine Yorio provided to the Observer through a spokesperson. “Interested parties will be asked to describe their interest in the project, and requests will be evaluated to determine whether an invitation will be sent, which is similar to how many curated communities operate.”

Everyrealm was unable to confirm the price of membership or the requirements for acceptance.

Yorio added there are no issues with naming the community The Row, which is also the name of a popular luxury fashion brand established by Mary Kate and Ashley Olsen. “It is not trademarkable because it’s a common phrase. Also, trademarks are specific to a country and the metaverse is global.”

This version of The Row was co-developed with real estate firm the Alexander Team, which represents clients like rapper Kanye West and in 2019 was responsible for the largest residential sale in the U.S. The community will be launched on metaverse platform Mona, featuring 3D architectural landmarks sold as NFTs from artists such as Daniel Arsham, Alexis Christodoulou and Misha Kahn, and will even feature the metaverse’s first personal levitation center.

“The networking aspect will be key,” said Mona CEO Justin Melillo, who described the metaverse as a new type of social network. “And you’ll be able to experience works of art like you’re visiting a real-life piece of architecture.” While the current version of The Row will be accessible over a desktop browser, the community eventually aims to integrate the metaverse’s digital aspects into real life, he said.

It’s common for metaverse communities to use token-gating, limiting access to those holding a specific NFT, according to Melillo. Even open community spaces, accessible to all, often have specific VIP areas or events restricted to token-holders.

The monetization of digital land in the U.S. will eventually crash, according to deWinter, when consumers realize they don’t want to spend all their time in online digital spaces. However, she emphasized the potential of augmented reality—when virtual aspects blend with real life—and the benefit of innovative architecture modeling in 3D spaces.

As for how the exclusivity of metaverse communities will play out? “I imagine it’s the same as our real worlds. Rich people go to country clubs, other people go to coffee shops,” said deWinter. “People who own money will ‘own the land’ and belong to exclusive communities, and everyone else will muck around with the sections they can muck around in.” 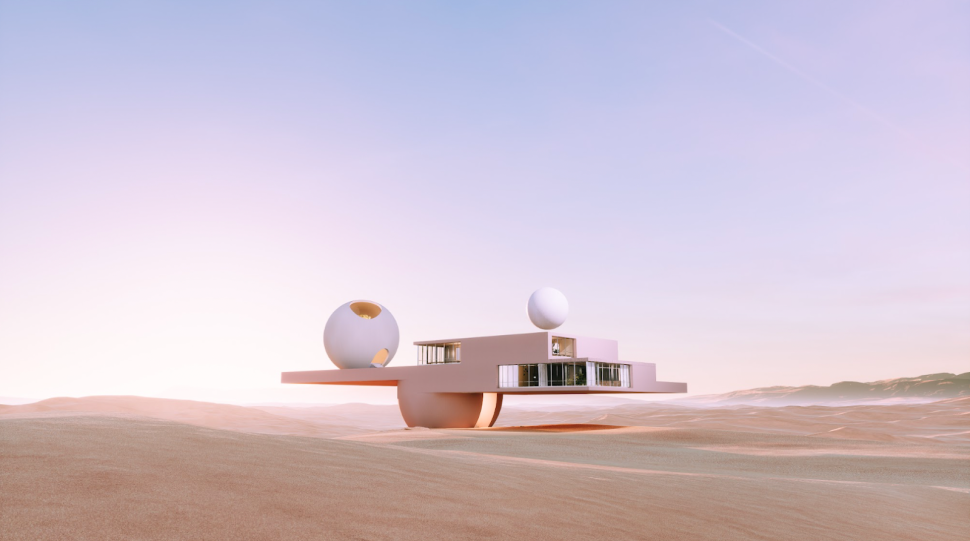