At its fifth annual Art + Tech Summit, Christie’s Auction House presented panelists discussing various ideas on the infrastructure and future of art. In addition to conversations surrounding Web3, cryptocurrency and non-fungible tokens (NFTs), the summit touched upon a taboo slowly disappearing in the art world — art as an asset.

This concept was most explicitly discussed by panelist Evan Beard, executive vice president of private sales at Masterworks, a firm that allows retail investors to buy shares in artwork. The New York-based firm launched in 2017 and typically purchases artwork worth between $1,000,000 and $20,000,000, which it then registers in a special purpose vehicle and securitizes the work with the U.S. Security and Exchanges Commission before selling fractional shares to the public. Investors can buy and hold the shares, or sell them on a secondary market.

“We tell our investors to expect a 3 to 10 year holding period,” said Beard in an interview with the Observer, although Masterworks has sold some works early to instill confidence in investors. In the meantime, artwork is kept in a storage facility in Delaware, with pieces occasionally lent out to exhibitions or museum retrospectives.

Beard said the firm currently owns 150 pieces, including works by Andy Warhol, Banksy and Jean-Michel Basquiat. It acquires around 75% of its artwork in the private market—through dealers, galleries and collectors—and 25% from auctions. The company uses data to decide which works are financially smart to purchase and sell. “We take advantage when artist’s markets get hot,” said Beard.

Collectors are becoming more focused on finances than aesthetics

Masterworks wouldn’t have been possible in the past, according to Beard. “The reason it’s changed is because you have a generation of collectors very financially driven in their collecting,” he said, adding that current collectors are more focused on financial gain and have backgrounds in private equity, real estate, hedge funds or tech entrepreneurship, whereas past generations of art collectors placed more importance on the aesthetic pleasure of artwork.

“The second reason is data,” he added. “It used to be difficult to aggregate data on the performance of works of art.”

The recent Christie’s Art + Tech Summit was the first one Beard has ever attended. “It’s a conversation we wouldn’t have been having a couple years ago,” said Nicole Sales, business director of digital art sales at Christie’s. “At Christie’s, talking about art and money have kind of been a bit taboo. Now, we’re opening up the conversation as to what art can be.”

This taboo existed for a few reasons, according to Jon Ippolito, professor of new media at the University of Maine. Wealthy collectors gained social standing based off their taste for artwork, not necessarily the price attached to it. In addition, many continue to consider the impact of artwork on people’s lives as far more important than its monetary value, he said.

Ippolito also credits the rise of NFTS for bringing questions of money to the forefront, shining transparency on how much artists truly make and how difficult it is to financially succeed in the art world. “It made the conversation possible. And if we want artists, we need to support them,” he said. 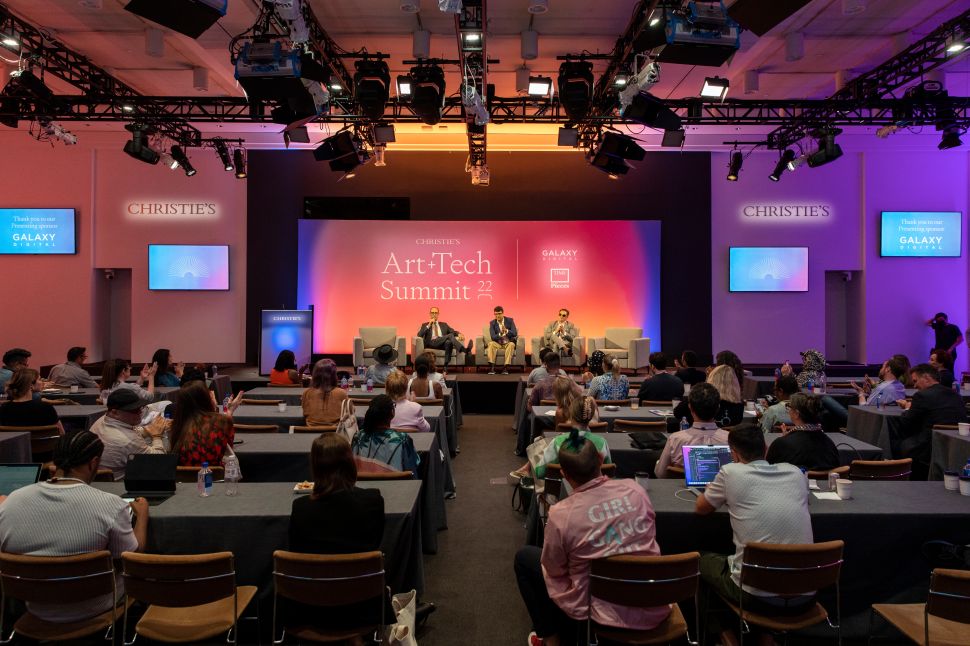