Amazon and Meta, the parent company of Facebook, are changing course on plans to expand office space in New York City as they re-evaluate employees’ work patterns two years into the pandemic.

Though the companies initially forged ahead with plans to open new offices in New York in the first phase of the pandemic, they’re now coming around to the reality that many corporate employees want to spend at least some of the time at home.

In August 2020 Meta (then Facebook) signed an agreement to lease 730,000 square feet of office space in Midtown Manhattan’s James A. Farley Post Office building, representing the largest New York office deal made that year. That same month Amazon announced it had acquired the Lord & Taylor building on Fifth Avenue, with plans to open a 630,000 square-foot office.

But shifting work patterns are changing the way these companies think about their office footprint. “There are often a number of reasons why we wouldn’t proceed with a particular deal, including office utilization,” Jamila Reeves, a Meta spokesperson, said in response to an inquiry about plans to slow its New York City expansion. “The past few years have brought new possibilities around the ways we connect and work.” Reeves added Meta still plans to open the Farley office in the coming months.

“Like many companies, we’re still learning how these new habits may impact our office footprint,” John Schoettler, Amazon’s vice president of global real estate and facilities, told the Wall Street Journal in a separate July 15 story about the company’s decision to halt construction of six new offices in Nashville and Bellevue, Washington. Amazon didn’t respond to an inquiry about modifications to its plans for Hudson Yards, nor preparations underway at the Fifth Avenue building.

A hiring slowdown in the tech industry may mean firms will need less office space than they’d planned for in the coming months. Google parent company Alphabet, Microsoft, and Apple have all announced plans to slow hiring and in some cases lay off workers. Meta is slashing hiring plans for engineers by 30 percent this year, while Amazon’s retail division reduced its hiring target for corporate employees by more than 1,500 people in April, according to Business Insider.

Meta started bringing workers back into U.S. offices in March, but says anyone whose role can be done remotely may request remote work. Amazon is leaving return-to-office policies up to individual teams, letting managers decide if, and when, corporate workers should come back to an office.

Recent data from the Survey of Working Arrangements and Attitudes, which has been tracking U.S. residents’ remote work habits since May 2020, found 15 percent of full-time employees were fully remote as of June, while 30 percent were in a hybrid arrangement with some in-office days. The New York City area’s office usage rate hit 40 percent last month after dipping to 10.6 percent in December 2021 (it was around 95 percent prior to the pandemic). New York still trails behind a number of other U.S. cities on office use, including Dallas, Los Angeles, and Chicago, according to data from office security firm Kastle Systems. 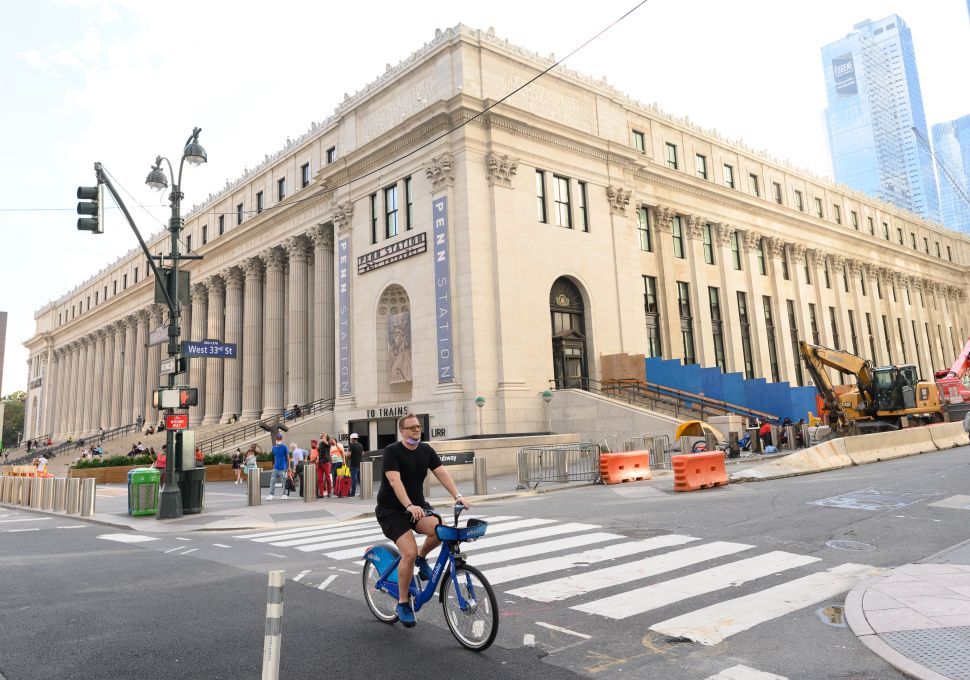